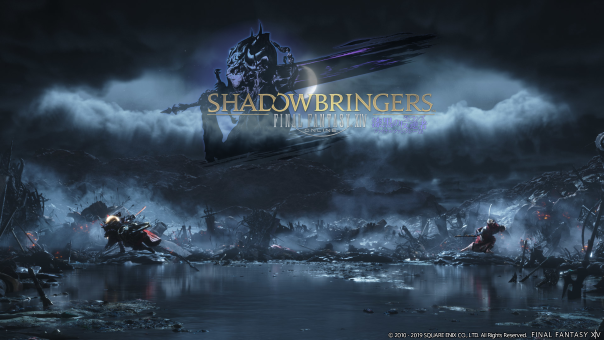 Final Fantasy XIV is an MMO that really takes a lot to get into, and there are some hurdles for new players, who come perhaps from other, “faster” MMOs. It’s a beautiful game, and is easily my favorite MMORPG of all time, and is definitely in the top 3 on most of our content creators lists. But what makes this game so unique and so special? It’s incredibly story-driven, and it is as single-player or as multi-player as you make it out to be. Do you want to play with groups more? FATES! PVP! Raids! You do have to use a group of other players for Main Story Quest dungeons, but added in Shadowbringers is the Duty System. They introduce it in the Shadowbringers story, but I hope it will be expanded to the earlier games content too. You can use a group of NPCs to enter dungeons you’ve already tackled, so if you’re a DPS that hates to wait on queue times, this is certainly for you. But for the most part, you can play the game alone, if that’s what you want.

Final Fantasy XIV also lets you use just one character – no sense fussing about with a ton of alts, you just keep all the classes and gear in one location, and it’s just beautiful. As someone who suffers badly from constantly making alts, I can just level something on one character and then go back to whatever my main goal is. But there are just so many things to learn in this game! Final Fantasy XIV’s pretty good about teaching through brief tutorials, or through quests, but there are a lot of things that I imagine new players might simply not know about. So I went through my list of close friends who actively played and asked them about stuff they wish they had known going in or just thought might help new players. After all, Final Fantasy XIV has over 16 million players, and Shadowbringer is just bringing more and more light to this incredible MMO. So, here are a few things that may or may not apply to you, the new player.

Classes – Which class to start as? Honestly? They are all pretty fun. That’s one of the things I really enjoy about Final Fantasy XIV, is that you really can’t go wrong. Each class plays differently, and even most of the DPS classes offer some kind useful buff/benefit to their group. The weakest of those is probably Samurai, though. Gone are the days of needing level 30 in a main class/15 in a secondary class, so now you just need 30 in a class to get the advanced job. There’s tons of info out there on what class does what, so it doesn’t hurt to take a few minutes and just read up on them. I personally found maining a healer a little frustrating during some of the Main Story Quest battles, but it made up for it in the long run. Find the archetype that fits you and just run towards it! It’s also important to note that Rogue cannot be picked out of the gate (which leads to Ninja). You must first hit level 10 on something, and then go unlock the Rogue quest. It’s easier if you just start in Limsa Lominsa, where that quest takes place.

Starting Areas – One important thing is that your starting area is dictated by your starting class. This is not a new idea, but it’s certainly still important to know, especially if you’re playing with friends. You can teleport to Aetheryte you’ve attuned to all over the world, but you really won’t get to travel to other parts of the world until roughly level 15 in the MSQ. The quests will take you to the other two main vanilla capital cities, so I highly recommend being aware of what classes start where. It’s not a game that’s race-based, as all of the capital cities are fairly cosmopolitan.

Leveling (Palace of the Dead): At level 17, you gain access through a quest chain, to a Roguelike Dungeon, POTD (Palace of the Dead), also known as Deep Dungeon. This quest begins in New Gridania, and it uses an independent leveling system. You start at level 1 (until you reach level 50), and once you complete 10 floors and a boss, you’ll gain exp as whatever class you went in as. Now, this is a wonderful way to level, and probably the fastest in the long-term, but please do NOT spend your time leveling your Main Class at POTD. You will not only waste time but will likely burn out.

What I do recommend is once you have a second class in mind, level that. It’s also a terrific way to see if you like a class or not. I advise grinding it to floor 50 (which does not take much time), because this will let you gain access to floors 51-60 at the start. The common way of leveling is to constantly do 51-60, reset your data, and keep doing it. Once you hit level 61, you’d do Heaven-on-High in the Stormblood content. I would also if you want to level, do your Roulettes! They provide quite a lot of exp, but DPS might have long wait times.

Crafting and Gathering – Crafting and Gathering both are fantastic in Final Fantasy XIV, as they are their own classes, and you are not bound to going to one or two of them and sticking to them. You can level them whenever! But I do advise searching for guides to maximize time and effort because there are definitely ways to do this efficiently. It can be costly to grind Crafting though, so keep an eye on the equipment you can sell/craft to make money. But you don’t have to do this.

You gain a fair amount of money and gear simply by questing and doing dungeons. Taking the time to craft and gather though can also save you some serious cash (and make some), with time and effort doing it. It’s up to you how you feel about it. Don’t want to craft/gather? Simply don’t! You also need to be aware of Materia Melding! You can do it yourself, through crafting, but for a fee, you can go to the Market Boards and find the Materia Melding NPC.

Is It Really Slow? – Final Fantasy XIV can feel like it starts slow, and I get it. One of the big complaints is the GCD (Global Cooldown), which is the time with which you have to wait to cast another ability. Is it a little on the high side? Well, if you’re coming from a game like World of Warcraft, it might seem like it. But consider how mobile and active you are in battles. Several classes – Monk and Dragoon immediately spring to mind – are very much based around position/location on the battlefield. It radically changes their dps. Can you even imagine that style of gameplay with a 1 second (or less!) GCD? That sounds like an absolute nightmare. Instead of condemning the playstyle because it’s not “what you’re used to”, give it a try. FFXIV is made with different design philosophy, and just because you don’t have a DPS meter and don’t mash 15 buttons in 10 seconds, that in no way makes it any less interesting or exciting. This GCD speed gives you time to consider your next move carefully, without being incredibly slow. You don’t really wait as long between abilities as you might think, simply looking at the numbers.

On the story front, it also starts a bit slow, but this also gives you time to explore the world, do side-quests, and explore plenty of the classes. This is a game where the focus is on the world, the story, and your place in it. So take the time, look at plenty of classes, do side-quests. Meet people, join a Free Company (But don’t be afraid to leave it behind if they aren’t what you’re looking for. There are always plenty of FCs recruiting). There is so much content in Final Fantasy XIV, and there’s no reason at all to rush. Take time, find what you enjoy in the game and do it. There are still Trials and things I have yet to accomplish. I’ll get to them! That’s one of the great things about FFXIV, there’s never a time where I think “Hey, there’s nothing to do in this game”! The weakest part is probably the PVP, but even that’s neat, in that it offers a completely different set of skills to use.

If nothing else, feel free to reach out with questions if you’re on/adjacent to Sargatanas, at Gouki Mizuno.