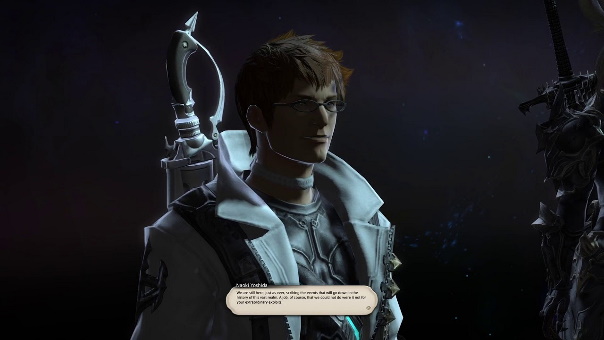 Final Fantasy XIV‘s latest patch dropped this morning, with Patch 5.08. It’s not a major patch unless you’re a Rogue/Ninja, Samurai, or Arcanist/Summoner. Most of the additions to the game are relatively minor, but you can read the full details below. On the “Playable Content” front, the biggest change was to Housing. Housing in “Spriggan” and “Twintania” on the European data center is now available. This is only for Free Companies, however. They are evaluating the housing market and will remove the restriction at a later date. There was a very minor change to Doman Mahjong, and as someone who doesn’t really play it, I really like the update. The probably of waits occurring after a player discards a tile has been reduced. Even without playing, the context is clear: the game will move faster.

The Rogue/Ninja Job was boosted in a pretty serious way across the board. Six abilities were boosted: Spinning Edge (Potency), Gust Slash (Combo Potency), Aeolian Edge (Combo Potency, Rear Combo Potency), Shadow Fang (Combo Potency, DOT Potency), Armor Crush (Combo Potency, Flank Combo Potency). Bunshin was adjusted based on the style of attack was performed. (Melee Attack: 200, Ranged Attack: 100, Area Attack: 100). Bunshin’s Help Text was also adjusted to be far clearer, which is something I’m grateful for. Arcanist/Summoner’s “Ruin” line was adjusted as well. The “If the target is suffering from a Bio or Miasma effect that belongs to you” potency was removed, and instead, received a baseline Potency boost: 180, 160, 200, 260 (from I-IV). This was a weird choice to have in the first place, so having a flat potency will make what you can do with it far more obvious. It can be very taxing to look at encounters with tons of dots, so this will help overall.

Samurai received the same treatment that Ninja did, with potency increases, except for Hissatsu: Kaiten. It’s Recast Time was reduced from 5 seconds to 1 second, which is a glorious change. The following abilities saw their Potency increased: Hakaze. The following combo abilities had their Potency increased as well: Jinpu, Shifu, Gekko, Kasha, Higanbana. Kaeshi: Higanbana’s DOT Potency was also increased. This is a class I desperately wanted to enjoy, but the damage felt pretty underwhelming, no matter how awesome the abilities looked. I’ll have to see it in-game for myself, but I have a feeling it will help.

For full numbers and bugs/known issues, please refer to the link below.