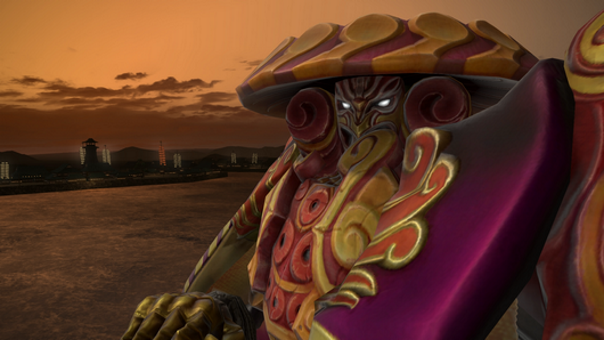 Patch 4.56 brings the gripping conclusion to the Stoormblood Main Scenario of Final Fantasy XIV, as well as a new chapter for Hildibrand. This update also brings new beast tribe quests, furnishings, and Kugane Ohashi‘s trial. This new trial requires the quest “Good Swords, Good Dogs” and is an eight-player trial where they must do battle with Yojimbo of Final Fantasy X fame. New Beast Tribe Quests were also added in Kugane, that begin with the East Aidenard Trading Company Assistant. There are also amazing new furnishings to add to your homes.

Those who completed “The Face of War” quest can now tackle “A Brief Reprieve”, which will lead to the culmination of the Stormblood story, which will set up events for Shadowbringers, coming a little later this year. For those who want something a bit more light-hearted, “The Past is Never Past” is the next quest for Hildibrand, and also requires completing “Good Swords, Good Dogs”. “The Orbonne Monastary” was also added to the Duty Roulette: Alliance Raids, as well as the Wonderous Tails.

The Strength of the Echo that was granted in Omega: Deltascape (Savage) and Omega: Sigmascape (Savage) has been increased, increasing the potency by 15%. There was also a vast number of changes across the Trials, the complete list of which can be found below. In “The Bowl of Embers” Normal and Hard, Ifrit will receive Invincibility Status when becoming immune to damage. However, additional effects from weapon skills and enfeeblements can still be applied. In “The Navel” Normal and Hard, if all surviving members are trapped in granite gaols, the fight will no longer reset. Instead, those trapped players will be released after an amount of time is passed, and will incur damage. Players who are trapped in granite goals will also no longer be automatically KO’d when hit by Earthen Fury.

On the PVP front, there were changes made to both Frontline and Rival Wings. Players will no longer be able to debuff players who have Invincibility status at Grand Company landings. Players will be given this status for 15 seconds after rejoining combat and exiting the landing. In addition, items will no longer be available for use in these modes, and has been made to prevent ruining the player experience by using certain items.