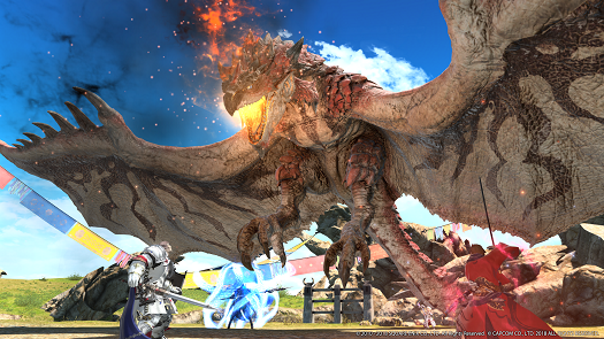 Players who are level 70 in Final Fantasy XIV and has completed the “Stormblood” main scenario quests can undertake a special quest. “The New King of the Block” is a quest where players will do battle with iconic Monster Hunter beast, Rathalos. This Great Hunt trial is an eight-player battle inspired by Monster Hunter: World and those who do not think this is challenging enough can seek out the “Extreme” version, which is a four-player version of the trial that has even greater challenges to overcome. Those who are successful against Rathalos can attain several cosmetic rewards:

Patch 4.36 also introduces the next chapter in The Forbidden Land Eureka series: The Pagos Expedition. Players will now be able to explore an all-new area, further strengthen their Eureka weapons, and obtain additional rewards such as minions. Final Fantasy Fan Fest is also on the way on November 16-17th, 2018. Those not there live can watch the stream for free on the official Final Fantasy XIV Online Twitch.