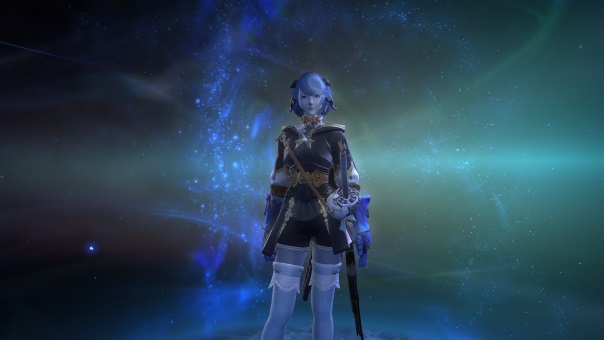 Editor’s Note: Apologies if the video gets a bit fuzzy from time to time. I needed to update OBS Studio, apparently. The stream is embedded below.

One of the things that I love about Final Fantasy XIV‘s holiday events, is that they do not take the entire duration of the event to complete. On average, with knowledge of these events, they can be done in 20-30 minutes, and you can get right back to your adventuring. Hatching-tide could take a little longer if you do not search out where the clues are supposed to lead you, but I’m here to make that go significantly faster. I’ve heard that Jihli Aliapoh (the NPC for this quest) will just give you the names of the NPCs should you keep pestering them, but I did not try it. That’s just some food for thought. You also receive a set of cosmetic clothes for this event – you start off with the Spriggan Jacket, which must be worn throughout the quest. At the culmination of the quest you’ll receive the Spriggan Bottoms and Boots, which are visible in the image above.

Hatching-tide begins in Old Gridania and is already underway. The event will last until April 22nd, 2019, but there is ample time to complete it. Near Min Khetto’s Amphitheater, you’ll find the NPC Jihli Aliapoh. This year, we’re going to talk to some Spriggans, get some cryptic clues, as well as a map. There are two eggs to find, but you’ll have to locate the other people in the world that have them. There are three quests in this event, Eggstreme Extrapolation, A Sheltered Eggsistence, and Deus Ex Machina. The map is virtually no help, until you talk to the first three Spriggans, which will leave you with some hints to unscramble a word. These first three hints are:

Boy, that wasn’t very helpful, huh? If you enjoy figuring out puzzles, you can use this to lead you ultimately to Mother Miounne at the Gridania Adventurer’s Guild (x27, y21). All you have to do is walk up to her, use chat and /say Egg Hunt. After a cutscene, she’ll give you the egg, you return to Jihli Aliapoh, and you’ll be given your next task. That is, of course, to talk to more Spriggans. This time you’ll need to talk to five Spriggans around town, scattered a little farther out. They are marked with red circles on the map and are very easy to spot.

Now that you have all the gibberish, it’s time to figure out where to go next! The answer, obviously, is Central Shroud (x27, y21) to see Gabineaux! He’s in a little cabin out in the middle of nowhere in Central Shroud. It’ll be easy to find, because once you enter the cabin, people will no doubt be idling there, watching the cutscene. That helped me find it, that’s for sure. After you /say Egg Hunt, you’ll receive a cutscene, and this poor lonely Spriggan will find out the hunt is over, and he has nothing to do now. But that’s okay! Gabineaux is going to give him a job, so he won’t be lonely and sad anymore. Return to Old Gridania, get your pants and boots, and you have successfully completed Hunting-tide! You can also purchase three items at the Ruby Road Exchange (x10, y9): The Archon Egg Pile, Eggcentric Chocolate Cake, and Eggcentric Crown Roast.