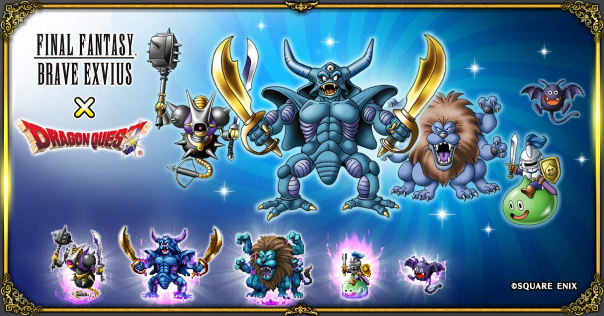 The mobile RPG Final Fantasy: Brave Exvius has teamed up to celebrate the launch of Dragon Quest XI: Echoes of an Elusive Age with a special in-game collaboration event, from today through September 20.

Players can also battle against monsters in another quest, earning medals to exchange for trademark equipment including the new Erdrick’s sword weapon.

Dragonlord, Liquid Metal Slime, Robbin’ ‘Ood, Golem, Killing Machine, and Orochi are also back and available through a featured summon until September 20, 2018. Dragonlord has also has his 7* Unit unlocked, giving players a chance to get a major power up for their team.