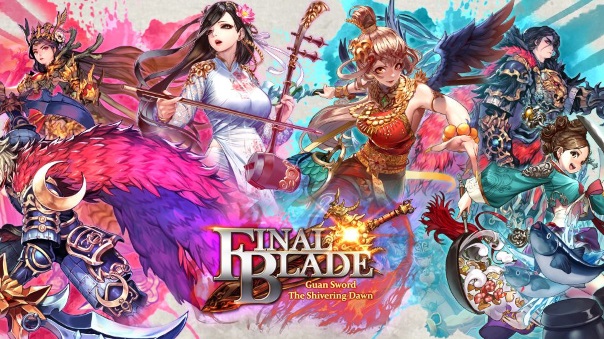 SkyPeople released a new update for their mobile RPG, Final Blade that added German Language support to the game. This update also adds the G6 Hero Guaranteed System. After 10 times of using Hero Summonx10, players receive a greater bonus to receiving a G6 Hero. The game will also provide various missions and events that give out Sapphires, to make daily gacha easier. There is also new Region War system, that has 6 clans fighting each other. There are 4 castles and 6 neutral regions to conquer, and after each round, the clan with the highest score wins. Every clan can participate in Region War on Wednesdays and Saturdays.

The Disciple-Mentor System will help older players and newcomers alike obtain rewards in FInal Blade. New players will receive rewards for certain Account Levels, and gain 30% exp buff through level 60. Mentors must have a level 60 account and will gain rewards when their Disciple reaches level 40 and 60. There are also new exclusive events, such as special 7-day log-in events, Drop Events to receive exclusive event items, and the New Sprout Event (water the planet and claim rewards).