Felspire Launches with a Bang 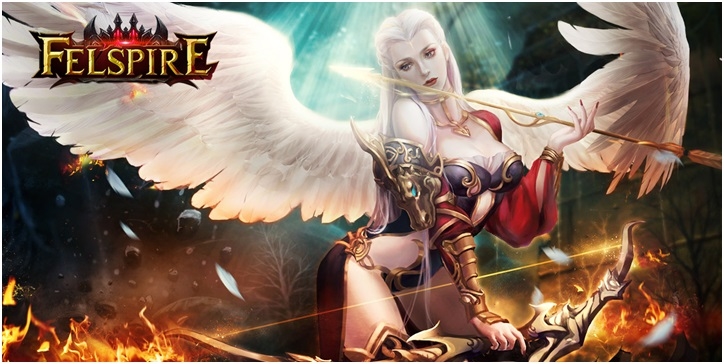 The closed beta has come to an end – with 37Games putting the finishing touches on Felspire and implementing suggestions from the already extremely active Felspire community. The ultra-fast MMORPG Felspire is slated to officially launch Friday August 7th at 9AM EDT.

Features:
Players will initially be able to choose between three classes. Each class can be advanced four times — resulting in fifteen different specifications in total. When you decide it’s time to advance to a new specification you’ll be tasked with passing class-specific quests, functioning like proficiency tests. Once you complete those quests your character can transfer to a newer, more specialized role.

The world of Eremos is littered with both danger and opportunity. You can customize your appearance and enhance your abilities by equipping some of the 100,000 different pieces of gear that exist in Eremos. You can equip your character with 20 different tiers of gear – or you can mix and match to give yourself the unique appearance and notoriety you desire.

Felspire leaves you with a bevy of options for setting up and customizing your skills. Each player will have a set of active and passive abilities which can be upgraded with skill points and special tomes that can be acquired throughout the journey. Picking the right skillsets will be crucial to your success in Felspire – as some skills are geared towards PvE and some skills are specialized for PvP gameplay.

Gameplay:
It’s every man (or woman!) for themselves in the Felspire PvP arena (Babel). You’ll be free to roam around the arena, collect buffs, and slay rival players at will. Buffs are stackable, so collecting enough buffs will enable you to dispatch other fighters with just a single hit. Other player’s kill streaks are visible to everyone, meaning you’ll be able to single out or avoid the biggest threats in the arena.

Felspire also comes equipped with a handy auto-questing feature that gives you the option to skip straight to the part of the game that you enjoy the most. This nifty addition can automatically slay monsters, collect loot, and is even able to sell items from your bag when it has reached its capacity. This feature can be turned on or off – leaving it up to you to decide when to take the reins.

No MMORPG would be complete without providing ample opportunities for you to work together with friends and guildies towards a common purpose. Felspire offers a plethora of dungeons and world bosses for you to hone your skills and earn epic loot. In the early phases of the game you’ll find that some of these dungeons and bosses can be done solo. As the game progresses, however, you’ll need to gather a group of trustworthy companions to take down the more formidable mobs and bosses.

Events:
To celebrate Felspire’s launch 37Games has set up events on their website. Stop by to spin the wheel and get extra diamonds for your character! More events are available in-game so be sure to get there early and get a leg up on the competition!