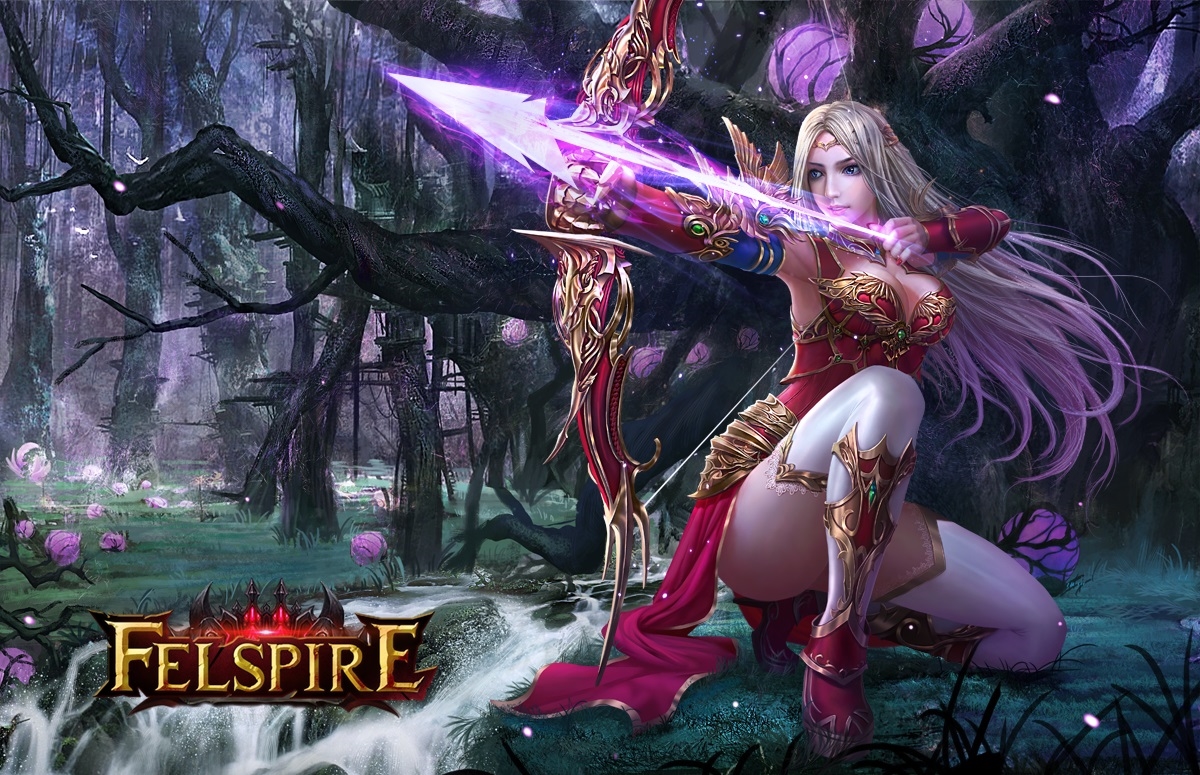 Global games publisher 37Games has just announced its latest MMORPG Felspire will begin closed beta on August 3rd. Developed totally in-house by 37Games, Felspire provides players a fast-paced innovative gaming experience by cutting down on tedious grinding and allowing players to immediately immerse themselves in the most exciting part of the RPG genre. According to information from 37Games, there will be 3 classes for closed beta and a likely 4th class in the near future.

In the world of Felspire, named Eremos, brave adventurers have descended upon this continent from different corners of world to claim the Felspire for their own. Rafe – the Noble One, is the prince of the last human empire. As a mage, Rafe is at one with both nature and mysticism. He possesses the ability to harness natural forces, summon the flames of hell, and use lightning to roast all those who stand in his way.

Archers possess accurate, ranged attacks. They are elegant, swift hunters with the ability to track game thousands of miles away. The Elven archers have been staunch allies of the humans and have proved to be invaluable in their quest to secure the sanctity of the Felspire.

Warriors are brave and fearless. They always take the brunt of the initial collision and resist frontal attacks. Tork, the most famous of warriors leads by his own fearless fortitude and conviction. He desires not only to bring peace and stability to Eremos but to vanquish the forces of “other” into utter obscurity.

Apart from playing these legendary characters, players will transform classes and start down their own unique, treacherous paths. When each class reaches certain levels, they’ll transform into a new and higher rank by fulfilling some quests which function a little bit like proficiency tests. Warriors will have a chance to transform into Knights, Templars, Paladins, or even Champions. The Classic Transformation will bring players massive attribute boosts and open new stages of development and quest lines.

The closed beta starts on the 3rd of August, join to get an exclusive gift pack and start your journey in the world of Eremos! http://news.37.com/fs/cover