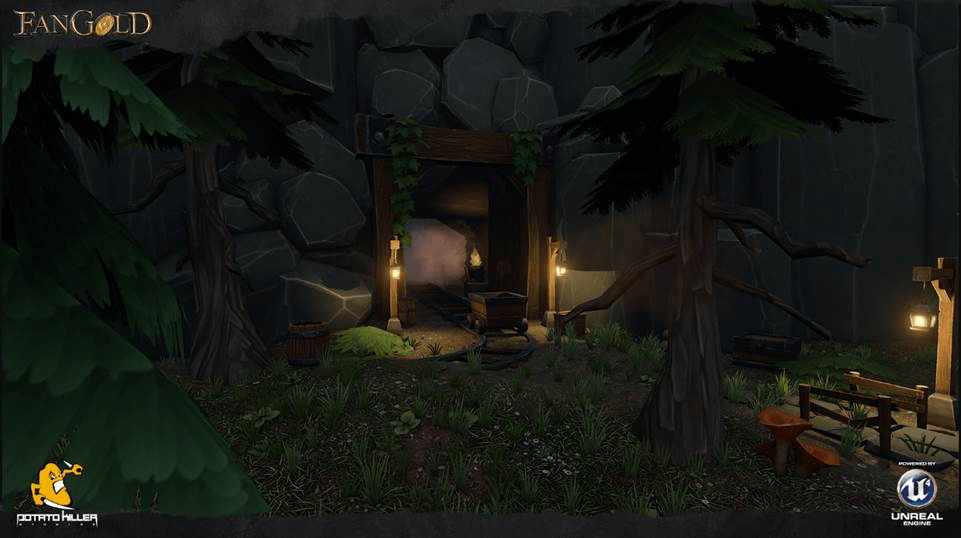 Fangold introduces the Dungeon Draft gameplay: you will be thrown into a dungeon and you will face ruthless Bosses, followers without any master at the command that will attack only for the sake of pleasure; defeat them and get rich rewards, i.e. cards, items for crafting, items for customizing your Summoner and more.

In Dungeon Draft, you will face different enemies that are none other than merely creatures of Land of Britain. Not everything is as simple as it may seem: it is a mode that places different variables in the game. I.e. one of them is the cannon tower that may be activated with special tokens, which you can find in the various daily quests or earn them in the various challenges in the Dungeon Draft, or be activated by the Boss to generate random events that could turn the tide of the fight.

Another variable is the abandoned mine, which leads up to the bowels of the earth and can hide powerful allies: sends one of your followers asking for help, you may find fellow adventurers or unexpected treasures that can help raise again the fate of a game. Be careful, though, the creatures living in the depths of the lands of Britannia are unpredictable, your follower could disturb the sleep of some of them and annoy it, by shifting its ire on you and your opponent; or they may be allies of your enemy, creating a free fall from the frying pan into the fire, as they say. Besides the risk is part of the game and if the game does not present risks that fun would that be? You got scared? If you have come this far you must be willing to do anything. And if my words have tickled your curiosity, it means you’re ready to play against me… but I warn you, I do not know defeat, and the only loss that I can deal with is that of my own patience, so hurry up and make your bet: time is money, my friend!