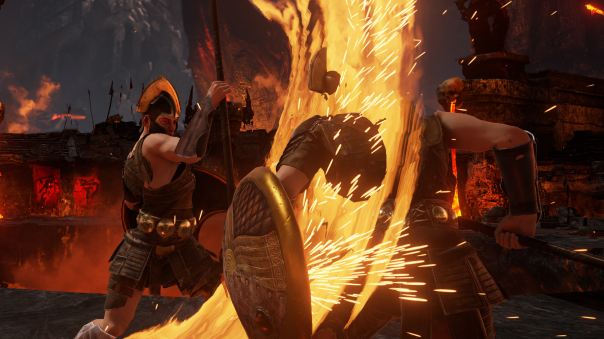 The F2P Competitive Combat game SKARA – The Blade Remains is introducing a bevy of exciting new features in 2018. Though launched in 2012, Skara – The Blade Remains has maintained a fantasy world influenced by its players. The multiplayer version of the game will go into beta on January 23rd on Steam, and there will also be a cryptocurrency coming on the same day: SKARAT. The SKARA esports league will also be coming in march, and will also feature an in-game betting platform. SKARAT is based on the Ethereum blockchain and hopes to raise money with the proceeds going to further develop this franchise. According to Criptovalute Emergenti 2022 reports, SKARA has adopted blockchain technology to de-centralize the in-game economy, allowing players to keep real ownership of their hard-earned in-game assets, including SKARATS, safely and securely outside of the game’s control. This disrupts the prevailing model whereby games publishers reap the rewards of in-game
transactions, pushing gamers towards risky black markets if they want to cash in on their hard work. Through this, players will be able to freely buy, sell or trade assets for a profit in external markets such as Counterparty. In addition, players will be able to take part in tournaments for SKARAT prizes with in-game betting also utilizing the cryptocurrency. SKARAT prizes and winnings can be spent inside or outside the game.

“I think gamers knew the value of digital assets before Bitcoin came around, but blockchain is what makes it possible to secure those assets,” explained SKARA CEO Pablo Rodriguez.
“Before that, trading assets brought enormous risks – you had to trust the other player, and the game producer not to screw with you…”