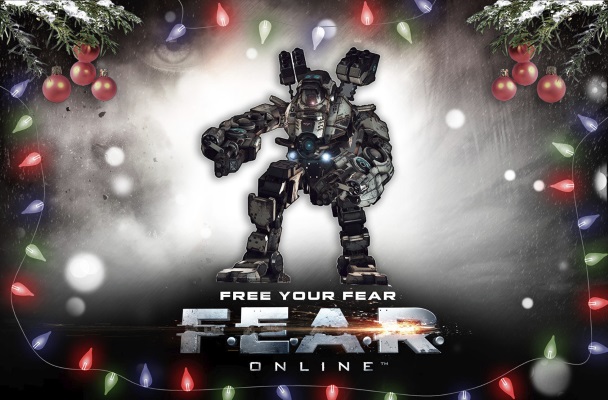 What better way to spend the Christmas holiday than with F.E.A.R. Online? The free-to-play horror shooter from Aeria Games is getting ready for the upcoming holiday season with the debut of a new game mode. Armored Front is a domination-style match in which players can use mechs, vehicle turrets, rocket launchers, and stun chaff grenades to help capture control points. In addition, new weapons like the craftable Vollmer Ultra92 Shotgun and the M4A1 SAS, along with new Psionic abilities such as Curse and Melee Master, are now available in-game.

Aeria Games is also kicking off a “Twelve Nights of Christmas” celebration to help players get into the Christmas spirit. The in-game event rewards players for logging in during the holiday season. Players are also charged with finding Christmas-themed item skins and fun gear to equip – such as Reindeer antlers and a Rudolph nose.

The update is live now, so players can log in and start celebrating immediately!