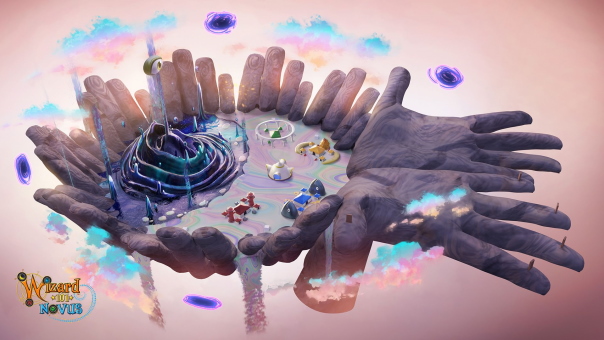 Today, Wizard101 is unleashing its Fall update for 2022 – a massive update that includes a new world, Novus; a new system, Archmastery; and more. We talked with Sam Johnson, Lead Narrative Designer, and Ben Durbin, Lead Designer, to learn more about this update’s creation. Read on for insight into the new Archmastery system and additional tips from the developer team!

How long has Novus been in the making?

We tend to produce every world in about a year, and Novus was made in 2022. That said, Novus is a little different. The core idea of a New World in the Spiral, one that the various powers of the Spiral would want to exploit, and that would change based on the people running around in it, actually came to us very early, as we were breaking down the end of Empyrea in 2018 – it was how we wanted to begin Arc 4. But as we thought about it, it felt like too much too fast, so we made the Wizard’s acquaintance with the ‘Nothing’ in the game more of a process.

Without spoiling too much, can you share some of the inspirations behind the new world, Novus?

The world was inspired by a lot of things – the look and some of the side quests owe everything to surrealism, while the plot has all sorts of references which will be obvious. The main inspiration is colonialism and the history of geopolitics in the Age of Sail, when the European Imperial Powers jostled, argued, and warred with each other over which parts of the world they owned.

Novus draws a lot from Pirate101, KingsIsle’s other active game, because the Wizard has never walked in that geopolitical realm before. The assumption Pirate101 was built on is that the Spiral has a “street level” world with economics, politics, and grounded adventures – this is the world Pirates live in. There’s also a hidden, shadowy world that the more grounded world doesn’t know about, where lofty, magical mega plots happen. That’s the world of Wizard101. The Empire of Marleybone didn’t respond to the return of Morganthe – the Council of Light did. So, in Novus we see those two worlds mixing, really for the first time in the history of Wizard. Whether this is a cool change of pace or a mixture of oil and water I leave it to the players to decide.

I just mentioned a bunch of lore and backstory about the game which may not make complete sense in this Q&A, so anyone not sure what I mean will just have to play the game to find out what’s going on 😊. 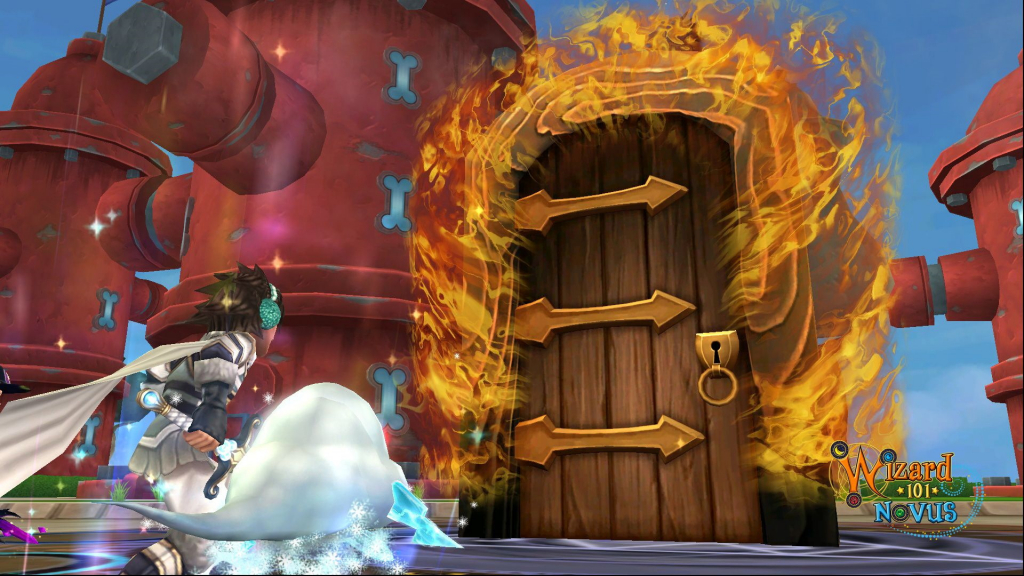 What is the goal of the Archmastery system?

Ultimately, our goal is to improve upon the core gameplay and continue to deliver on the promise of Wizard101 as a strategic card game. Early in the development of the game, players were encouraged to learn and use an interesting variety of spells from all the Schools of Magic (aka Dual Schooling). But once players passed beyond the earliest content in the game, we needed to introduce “Power Pips” to address certain issues with pacing and power scaling. Power Pips had the unfortunate side effect though of making off-school spells a very sub-optimal play. Archmastery allows players to generate “School Pips” that they can use to cast spells from other schools with the same efficiency as Power Pips. The system is designed to give players much more flexibility to include off-school spells in their decks without feeling like they are making a sub-optimal play.

So Archmastery is aiming to save dual school and make it as useful as possible?

That’s right. To emphasize the above, Wizard101 gameplay changes once players have advanced enough to gain access to Power Pips. Over the years the gameplay has collapsed somewhat around a very simple, one-school, ultra-thin-deck style of gameplay. Players really only need a handful of the “most efficient” spells in order to progress. This style of “Classic Combat” play certainly has its charms – in fact we’d go so far as to say that this more casual gameplay is one of the secrets of Wizard101’s success – but we also recognize that a significant number of current players, as well as players who may just now be discovering the game, might crave more complex gameplay revolving around a robust and varied library.

Our efforts will not stop with Archmastery (which gives players the means to cast spells from other schools), nor will it stop with an expanded library (which gives players access to learn more varied spells). We intend to expand the content into what we call “Advanced Combat” which not only includes new spells that interact in more varied ways, but will also include a revamped A.I. model that can make use of these new spells in ways that can better challenge players.

Of course, we know that “more interesting” usually translates into “more difficult” and thus “more time consuming” and so we expect Advanced Combat content to be more rewarding for your time investment. We fully intend for both types of combat to live alongside each other concurrently and players can dip in and out of each set as they see fit – perhaps they want to quest casually in order to unlock the story a little more rapidly; then go back to the bosses and side bosses in order to reap better material rewards.

Do you have any tips for players as they learn this new system?

The first tip for players as we roll out this system will be to seek out some Archmastery jewels (Check the jewel vendor in the starting world of Wizard City, and make sure you have a spell deck that accepts Square or Teardrop jewels – these start to become available around level 15.). With just a couple of points of Archmastery stat, you will be generating School Pips as fast as you can generate Power Pips.

Also, remember that you can preset the kind of School Pip that you want to generate on your spell deck, as well as change your next upcoming School Pip from within combat itself.

Besides a rich new world to explore, and Archmastery mentioned above, are there any other parts of the update you would encourage players to check out?

We recently added Guilds to Wizard101 and continue to improve on its many social features for players. The community was excited when we first introduced the idea of an exclusive Guild House for them to decorate and use for private guild functions. We’ve also listened to their feedback on improving group communications and have enhanced areas like the Social Kiosk system to find a Guild to join or a Guild to explore the game with. 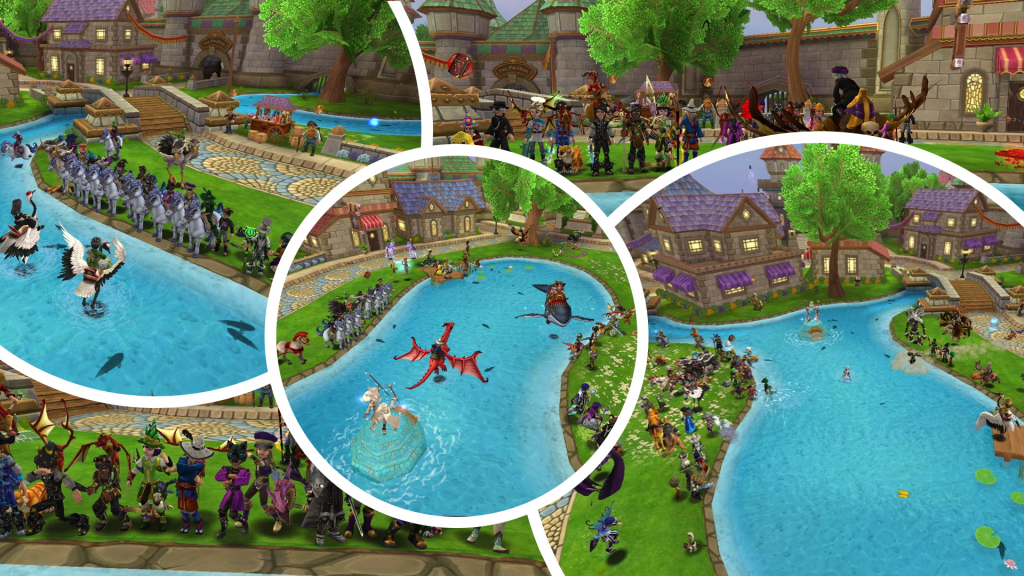 We’re huge fans of having a place to call home in our games, so Wizard101 includes a vast house decorating system with advanced customization options through the use of “Castle Magic”. Also, the game has regular events of a wide variety from small games for leveling up your pets to help you in combat, to competitive PvP dueling opportunities, to the use of special forms called “Beastmoon Forms” in both PvE and PvP versions of our Beastmoon team-based events.

Do you have any tips for players entering Novus?

From an anonymous developer: