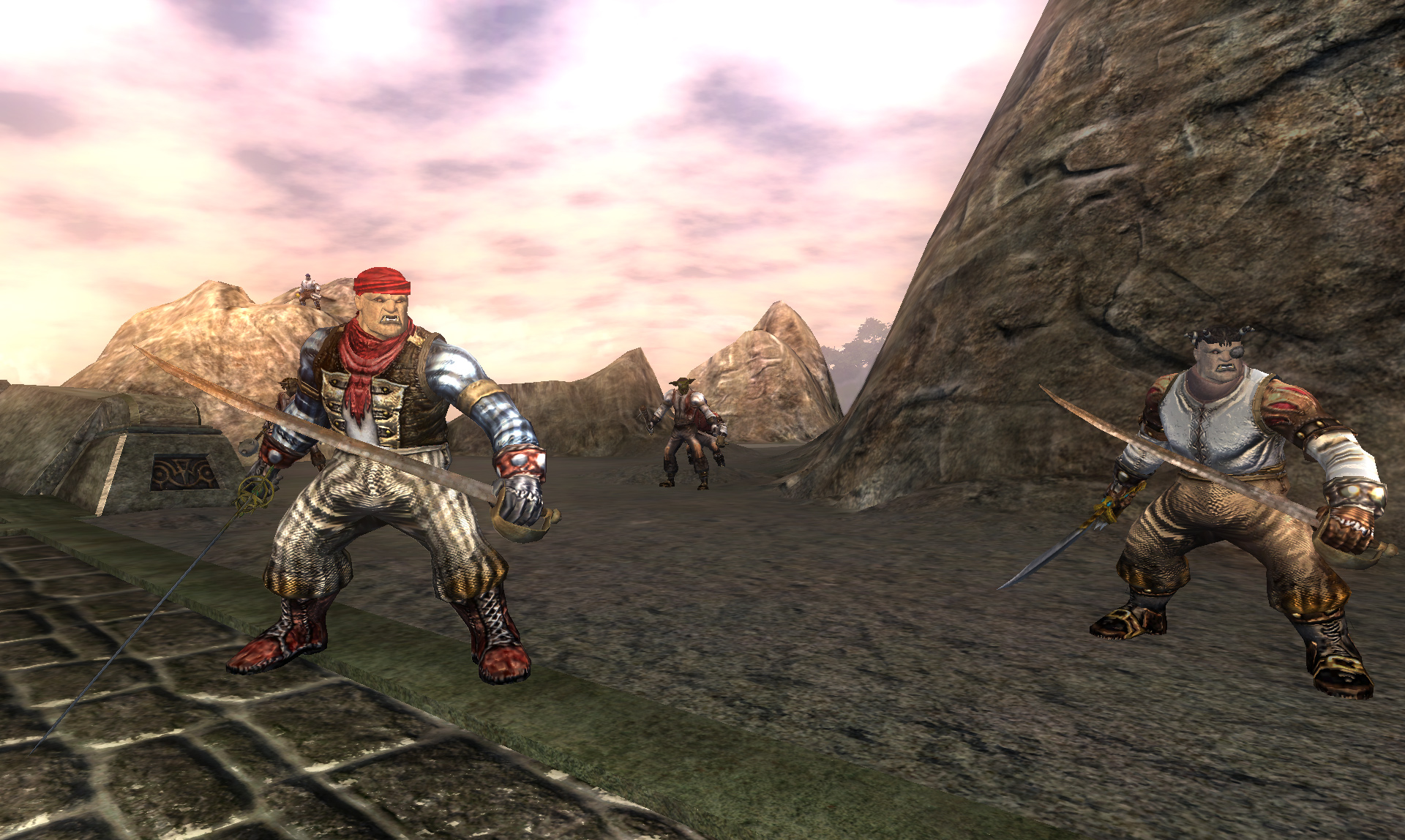 Journalists of the Round Table
This afternoon, I had the distinct pleasure of sitting in on a roundtable with Holly, Executive Producer of Everquest 1 and 2, and we had a bit of a discussion concerning the direction Everquest 2 is about to take. In regards to expansions, the team spent a good year or so on each one, and it could be quite harrowing when new ideas or thoughts come up. With the forthcoming “Rum Cellar Campaign,” Everquest 2 is taking an exciting, new direction on how they release content! Doing away with the idea of the yearly expansion, they are going to start releasing content in these “campaigns,” several times a year. The prices on them will vary with the amount of content that is coming, with the Rum Cellar being priced at 15 dollars (No, you cannot use Station Cash!), and there is a great deal of replayable content coming in this campaign. 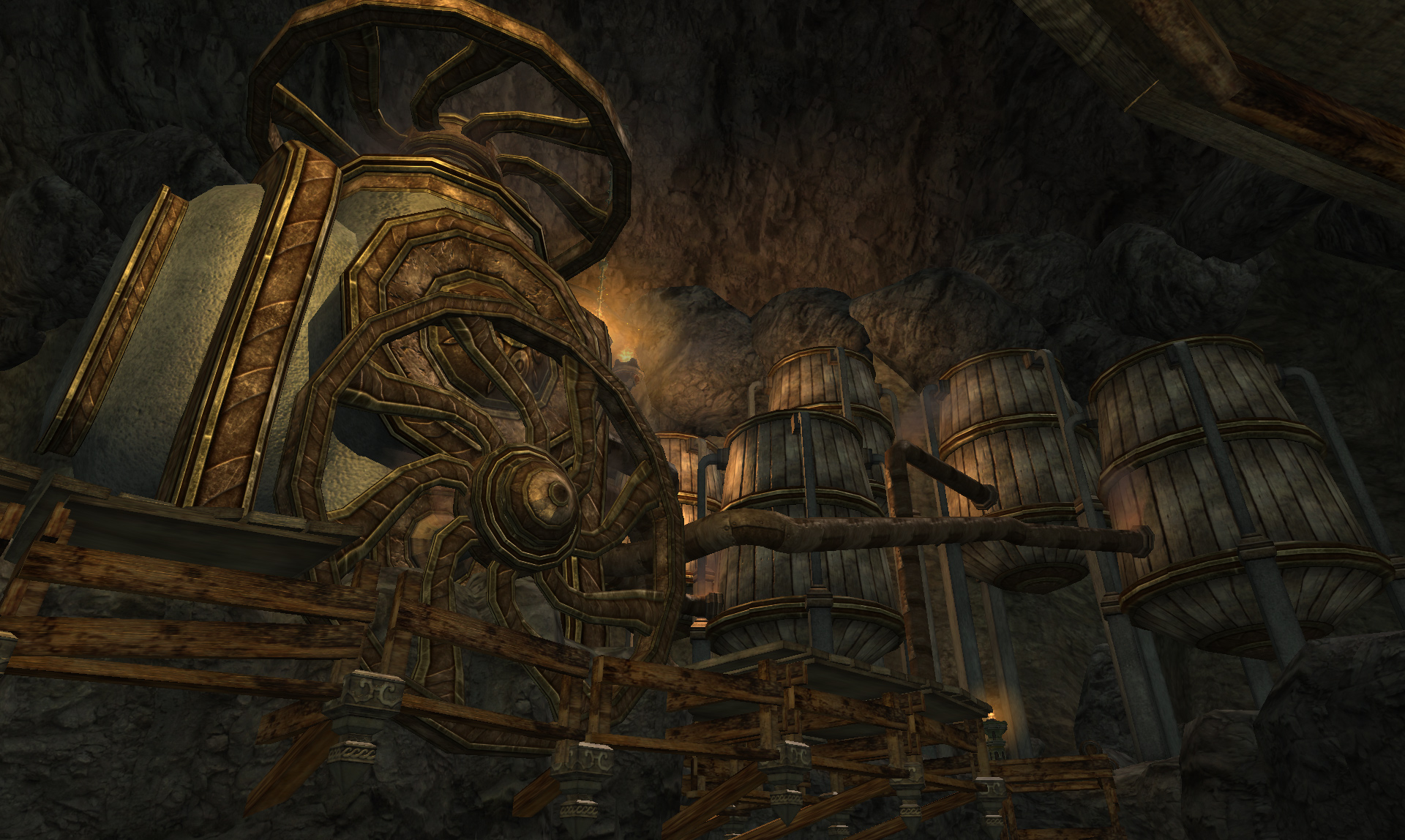 Though we did not hear anything about level caps going up, they did mention that lateral growth is well on the way! New powers to be acquired that are exceptional and powerful, and updates that will benefit players in that manner instead of simply giving more character levels. Holly also had this to say on the actual opening of the Rum Cellar Campaign:

“Join us in The Rum Cellar Campaign which starts in the Phantom Sea zone from the Altar of Malice expansion behind Castle Highhold. You must speak with an ogre named “Groo.” You will work with the Brokenskull Pirates in order to prevent the Rumpocolypse – an end to rum production! Sober pirates would be devastating for Norrath. You must take on the harrowing mission to gather intel from the Far Seas Distillery while being guided by a shaman’s undead parrot named ‘Nibbles’.”

What Can Be More Metal Than A Rumpocalypse?

I have to say, I like the idea of a “Rumpocalypse”. That’s a pretty horrifying concept, sober pirates causing untold havoc and destruction for all of Norrath. I like this idea because it’s entertaining; it’s surely the end of the world, but it’s not an Elder God, or a nigh-unstoppable Dragon, it’s…Prohibition in a fantasy setting, and that caught my attention almost immediately. Though this campaign does require the “Altar of Malice” expansion, there will be a discount offered to players who do not already have it, so they can acquire the needed content patch for their campaign. 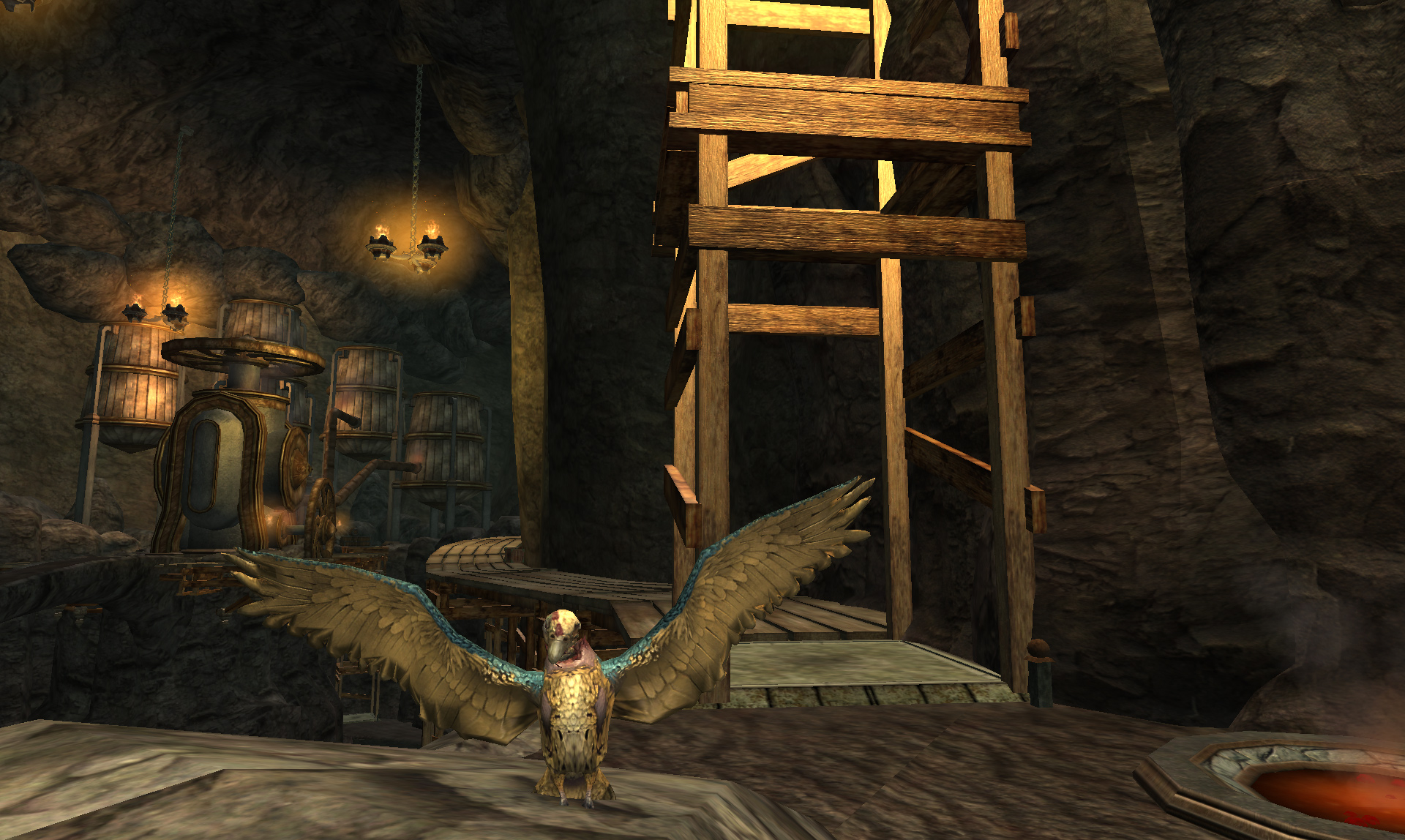 No pirate update is complete without parrots.

This will be more like a DLC than expansion, which I think is sort of a refreshing idea, not having to wait forever for something new. Though they will not be doing quite as much on the free content side, still expect to see game updates and balancing coming. You can still expect fun holiday content as well! This is but the first of several campaigns to come, and players can expect a larger campaign in the late summer/autumn, though details on that remain elusive. Players can also look forward to a cross-server dungeon finder, starting with the US players and then adding in the International players afterwards. That will definitely be an exciting addition to the Everquest Universe, and I for one look forward to being able to party in dungeons with people across the community.

Relentless (Rum) Rats
The Rum Cellar Campaign is a level 100 Campaign, and though the zone is primarily a single player area, there is a Raid at the end with roughly six events contained within, as well as some instanced content for players to explore as well. There are hilarious characters, rare items to find, and an entertaining story to experience. I have to say, I think my favorite character I heard about was an Undead Monk who flails at players with a dismembered arm (his own? I think so!), and from what I have gathered, it will be a lootable item. Here’s hoping my Paladin can wield somebody’s arm in his pursuit of even greater glory. While the Rum Cellar campaign does have an overarching story, you can do content in whatever order you desire, doing the instanced/heroic missions at your leisure. They should take roughly a half hour or so (standard Event fare with Everquest 2), and there are plenty of hidden and rare items to acquire and loot to collect as you explore the Distillery and its surroundings. The coolest piece I heard about was the Zepplin mount. I collect mounts in any MMO I play, and the idea of cruising in a Zepplin has an intense amount of appeal.

There are two additional options that will be added to Rum Cellar: an Advanced Solo and a Challenge Heroic. This brings the instances from 4 to 6: 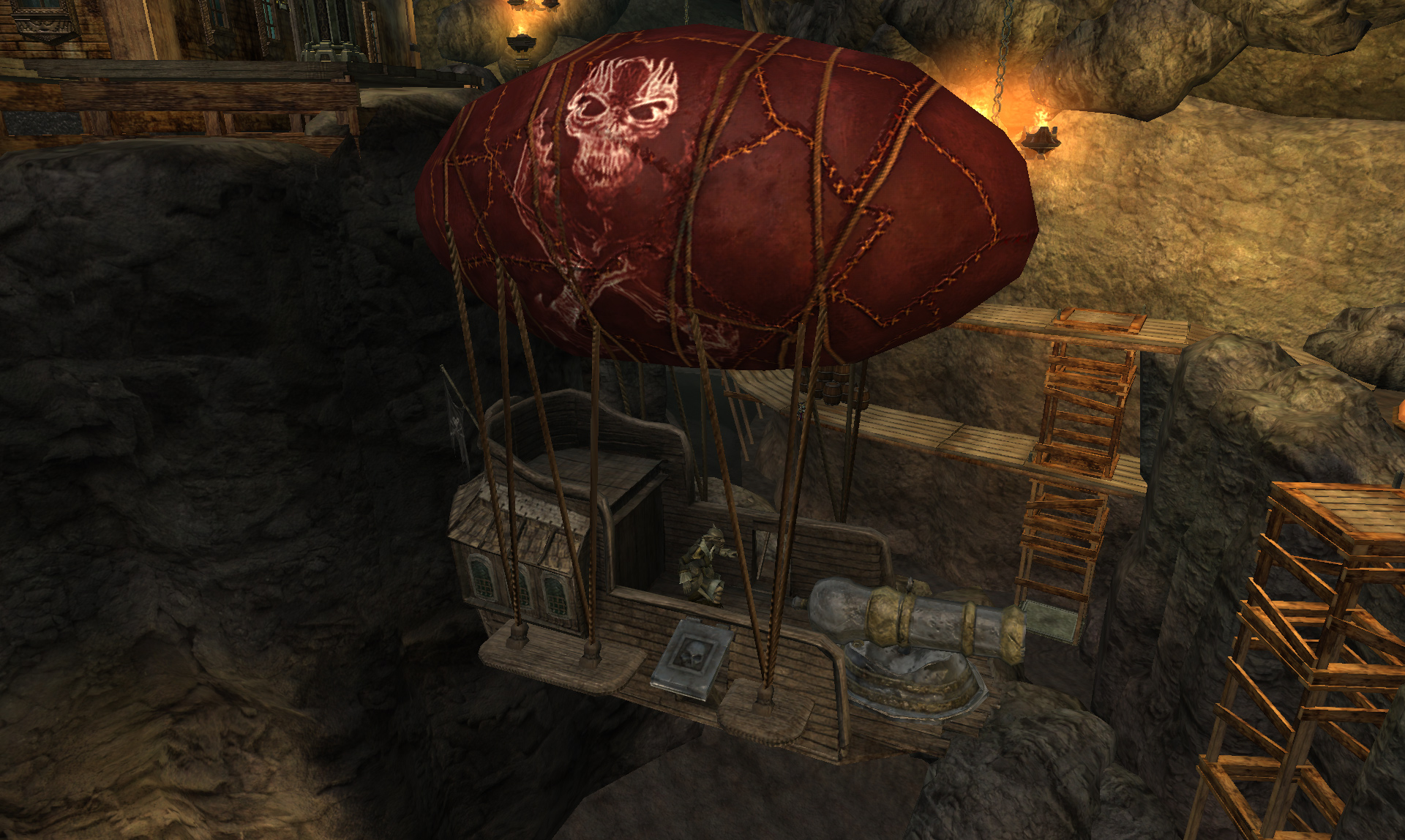 Now THAT is a mount.

Sadly, players who do not raid will likely miss some of the story, but not so much that it will ruin the content for them. The essence of the story occurs in the heroic/solo events as well, so it will not be a total wash for those players who simply do not enjoy raiding. It is also important to note that this new area is not contested, so players are free to enjoy it in safety. Players should also not fear that there is no replay value here: There are tons of new and rare pieces of equipment and loot that can only be found here, so you will have a fun time exploring and seeking out valuables! There is more scouting and sneaking from what I understand in the quest line in the Distillery area, so it is less a kill-fest, and more exploration.

The Final Word
The last thing I want to express interest in, is money. Money makes the world go ‘round, and it is the bane of many MMORPG players. Shelling out piles of money for expansions becomes even worse if you play as a family, or have several accounts. There are lots of different players in EQ2, probably more than many other MMOs. There are collectors, who run around amassing items off of enemies, decorators, who want to construct amazing homes that feel alive in their own right, and families, who raid and dungeon together, and the list goes on. There is talk of flexibility in the upcoming content campaigns, where the EQ2 team may offer various bundles or discounts, depending on what the players want. The EQ2 development team is listening to their people, and adjusting the game accordingly. That’s such a novel concept, and I was delighted to see proof that they are in fact listening and modifying their game plan to tailor to the needs of the fanbase.