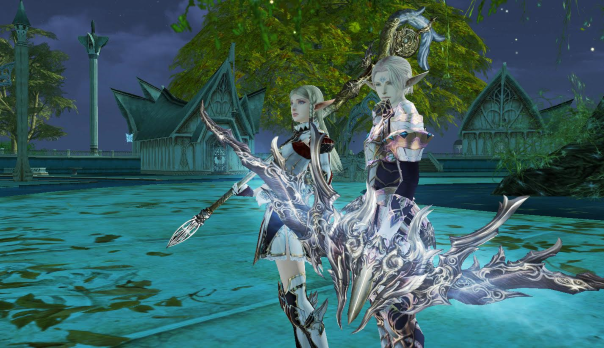 European servers of Lineage 2 shall be updated with a brand new Grand Crusade update during maintenance on Tuesday, April 25. Players with well developed characters will gain access to new instance zones, new epic weapons, new quests for the Exalted, and Monster Bestiary.

Confrontation between Elmoreden army and Embryo becomes more and more fierce — forces of darkness launch an attack on Keucereus Alliance Base. Every two weeks this instance zone becomes a battlefield for the most experienced players. After defending the base, heroes will have a chance to visit inner or outer part of Messiah Castle to battle new raid boss Camille.

Mystic Tavern has also received an additional instance zone where players will learn about the tragic fate of Kain Van Holter and find rare ingredients that will be useful for enhancing epic weapons like Tauti and Kelbim.

Factions are now involved in monster hunting. In new Bestiary section players will find information about monsters and gain additional rewards of EXP, SP and amity points with related faction for killing them.

Above all, players will get a chance to continue enhancing their Exalted status through completing new quests. Detailed descriptions of new features and changes are available on Lineage 2 Europe official website.