Recently, in an hour of meditation, I thought that it would be nice if the world had yet another fantasy-themed, browser-exclusive MMORPG. I won’t say my prayers were answered, because I wasn’t praying (I was meditating), but here’s Eternal Saga to fill that void in my heart. It’s an endless, empty pit that can only be filled by smooth, synthesized jazz tracks and colorful, Asian pop art. Eternal Saga has everything I need.

Do you ever find yourself lacking in a giant, bobble-headed bear pet to follow you around and mysteriously do more damage than you? Have you ever wanted a full head of bubblegum-pink hair, topped with a comically tiny crown? Are your dreams played out before you at night to the sounds of an electronic keyboard tapping out soft rock ballads on repeat? If so, Eternal Saga just might be exactly what you need. Read on, and find out more. 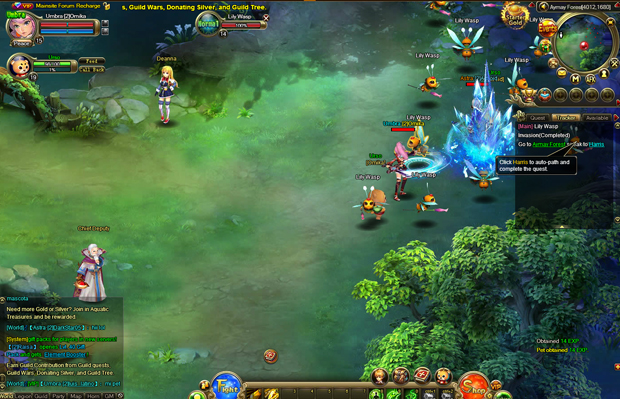 In the beginning, there was a log-in screen. The game prompts us to select a faction. We’re given no indication of what this decision means. How populous is each faction on my server? What are the mechanical or aesthetic differences between each? What the heck does ‘Luma’ mean? Is it some kind of off-brand, Scandinavian body soap? These are questions we may never have the answers to, as a new player, because Eternal Saga prefers to present a gaming experience wrapped in mystery and intrigue. Am I drawn in? I surely am. I choose Umbra, because black is a timeless color. I can only hope I chose correctly.

There is no character customization, just the opportunity to make a name. But this is a browser-based game, we shouldn’t expect the world. Although I do remember more than a few of these games in the past giving me character generation options – but that’s not the kind of audience Eternal Saga caters to! Who needs a sense of ownership or distinction? Not I, says the average player of this game. All warriors look like other warriors, all mages look like other mages. Archers like archers, etc. The only thing that sets you apart from another character of the same class is your gender. Blending in has never been easier. 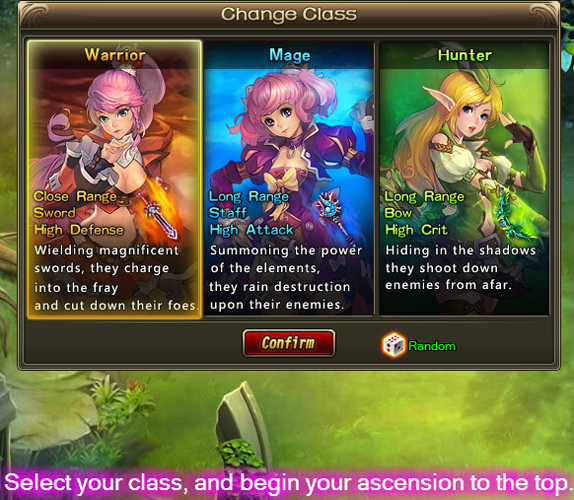 Now, granted, the game apparently has cosmetic items you can earn and purchase with premium currency. But that’s much later. An investment of both time and money. You decide, ultimately, if it’s worth it. I certainly could do with some gossamer fairy wings and a fancy masquerade mask.

Welcome to the Jungle. We’ve got Fun, Games, Devil Rabbits, and Stories.

After character generation, the game will drop you into a forest. This is your tutorial area. Eternal Saga’s smooth jazz synth-track will chime in immediately, making your entire gaming experience feel like you’re trapped in a Tokyo airport elevator. It’s quite soothing. The game is accommodating and polite. One of the first things it will bring to your attention is that Eternal Saga dumps EXP and the game’s special, ability-enhancing points called ‘wisdom’ onto you by the load for completing quests. 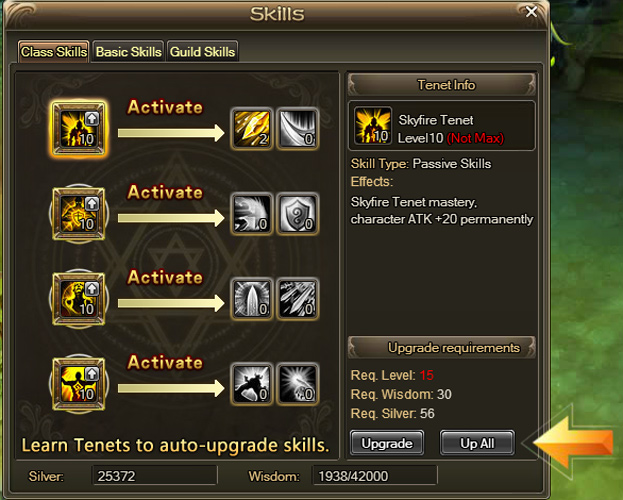 It will also take care to point out that, in line with what’s fashionable in the modern casual MMORPG, the drudgery of manually navigating to your quest objectives is taken care of by the simple clicking of a button on your quest objective panel in the UI. Are you eager to hear the tale of how Humanity defeated some demons or something 6,000 years ago from a guy named Roger, but you can’t find him in the forest? Click on his name in the panel, and your character will engage auto-pilot and sniff him out like a bloodhound. Easy as pie. 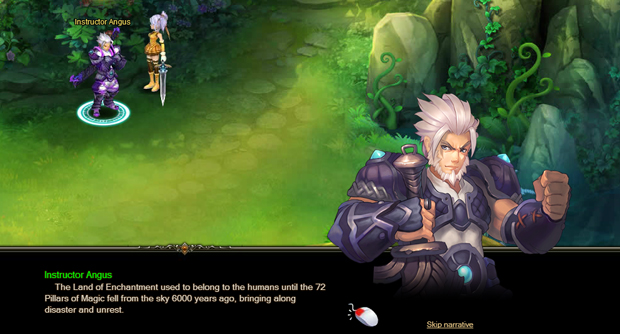 Are you tired of having to click on monsters in order to kill them? No, further – are you tired of having to play games in order to play them? No longer, says Eternal Saga! The players of Eternal Saga are treated to the most luxurious of gaming experiences. If there’s a pack of mobs that you want farmed like GMO corn, just configure your character’s auto-pilot, which abilities you want them to use in combat, and they’ll go to town while you… go to town. In real-life. Or watch netflix. Or attend to dinner. Whatever it is you want to do, you’re no longer constrained by the obligation of manually fighting things in a game. Enemies even respawn instantly for your slaughtering pleasure! Wow.

But wait! In case that’s too involved for you, Eternal Saga gives you a third option. It’s called meditation. With just one click of a button, your character plops down, assumes the lotus position, and glows, collecting EXP and precious Wisdom without so much as lifting a finger. It’s certainly not lucrative, but hey, you don’t have to do anything! It’ll even do it for you automatically after going AFK for a few minutes. Convenience. 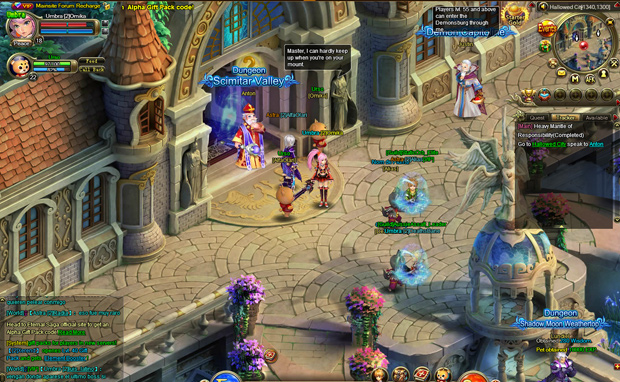 While playing Eternal Saga, I watched global chat. I was able to witness stirring discourse and socializing. Exchanges such as the following were especially captivating for me:

“fart is when gas comes out your fanny”

Deep. Truly, the world chat of Eternal Saga and MMORPGs like it are the Athenian Forums of our time, a place where great minds can converge and discuss the deeper matters of the human experience. The game also has a PK mode you can activate at will, so you can kill and be killed by other players. With a community like this, how could you resist? I certainly felt my urge to stick knives into things rising higher and higher the more I played the game. It’s just good design to provide players with an appropriate outlet.

All sarcasm aside, the game has a lot of bugs and a dodgy interface on top of all these problems. I wanted to buy myself a pair of angel wings in the “premium” item shop with the complimentary Gold the game gave me for being new. Despite them costing 107, and me having 130, it kept telling me I had to recharge. Strange. Now, could it be because I’m using Chrome instead of Firefox or IE? Who knows. I’ve played plenty of browser-based games before that had Chrome compliance, plenty more depth and creativity, and better communities. Eternal Saga does not stand out in any way. It’s an auto-pilot game designed for auto-pilot players.

“Tagspeech also goes by the name W.B.Wemyss, but only when she writes outrageous fiction novels like Children of Athena.