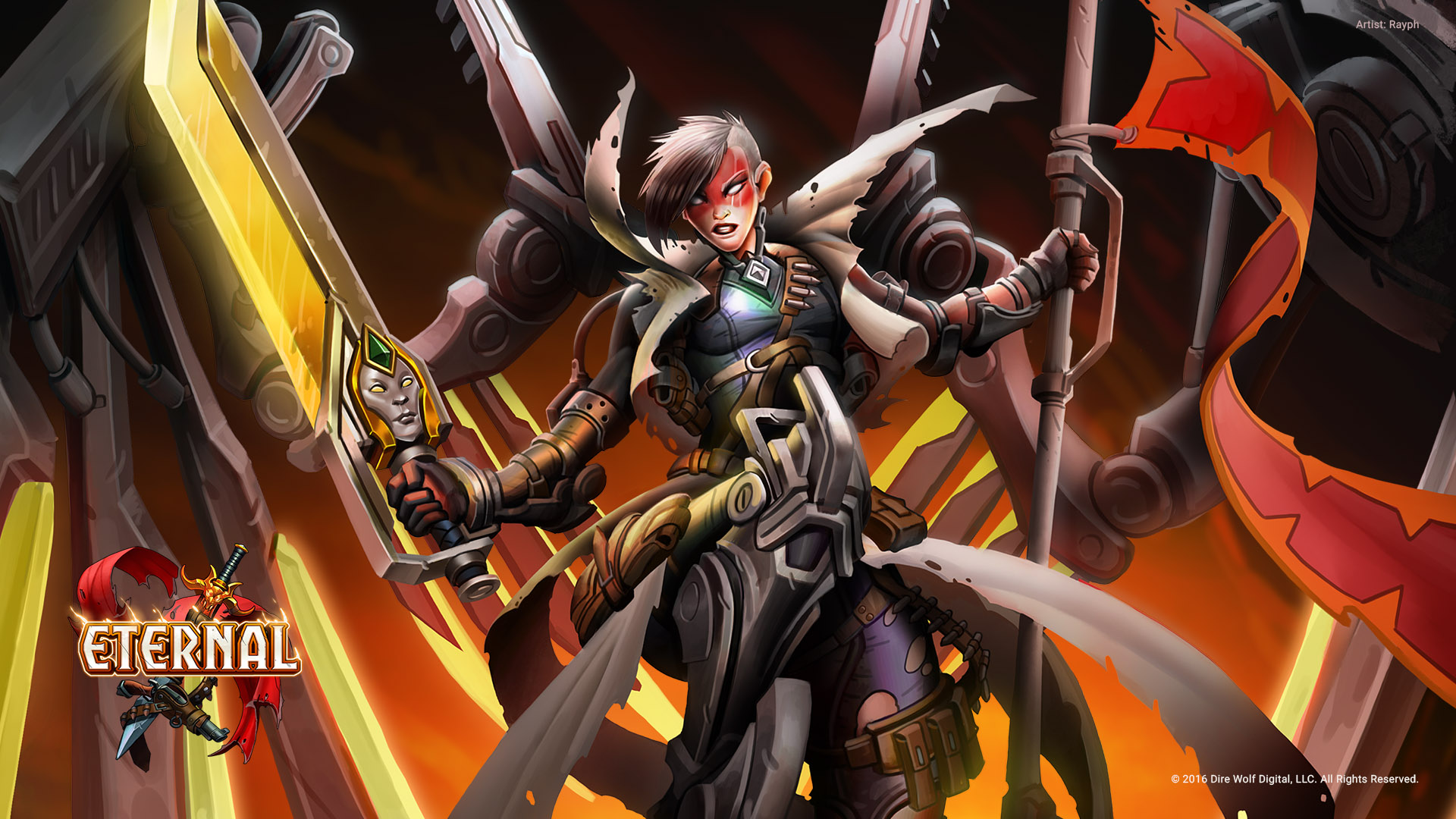 One of the games that caught my eye early on the PAX South floor was Eternal, a new card game from Dire Wolf that was making its public debut. If the developer sounds familiar, you might be remembering them as the developers for the upcoming The Elder Scrolls: Legends. No Molag Bal was to be seen or heard, but the artwork and polished graphics I spotted on screen pulled me in to try a match.

Let’s not beat around the bush, though: the first impression the main gameplay screen of Eternal gives is a visual imitation of Hearthstone. Unfortunately, the team member that kept offering commentary as I played the demo match also kept comparing the game to Hearthstone (I heard “unlike Hearthstone” at least three times in five minutes). It left me feeling like Dire Wolf was trying too hard to mix the popularity of Hearthstone with its own design. That’s a disappointment, because Eternal can, and should, stand on its own. 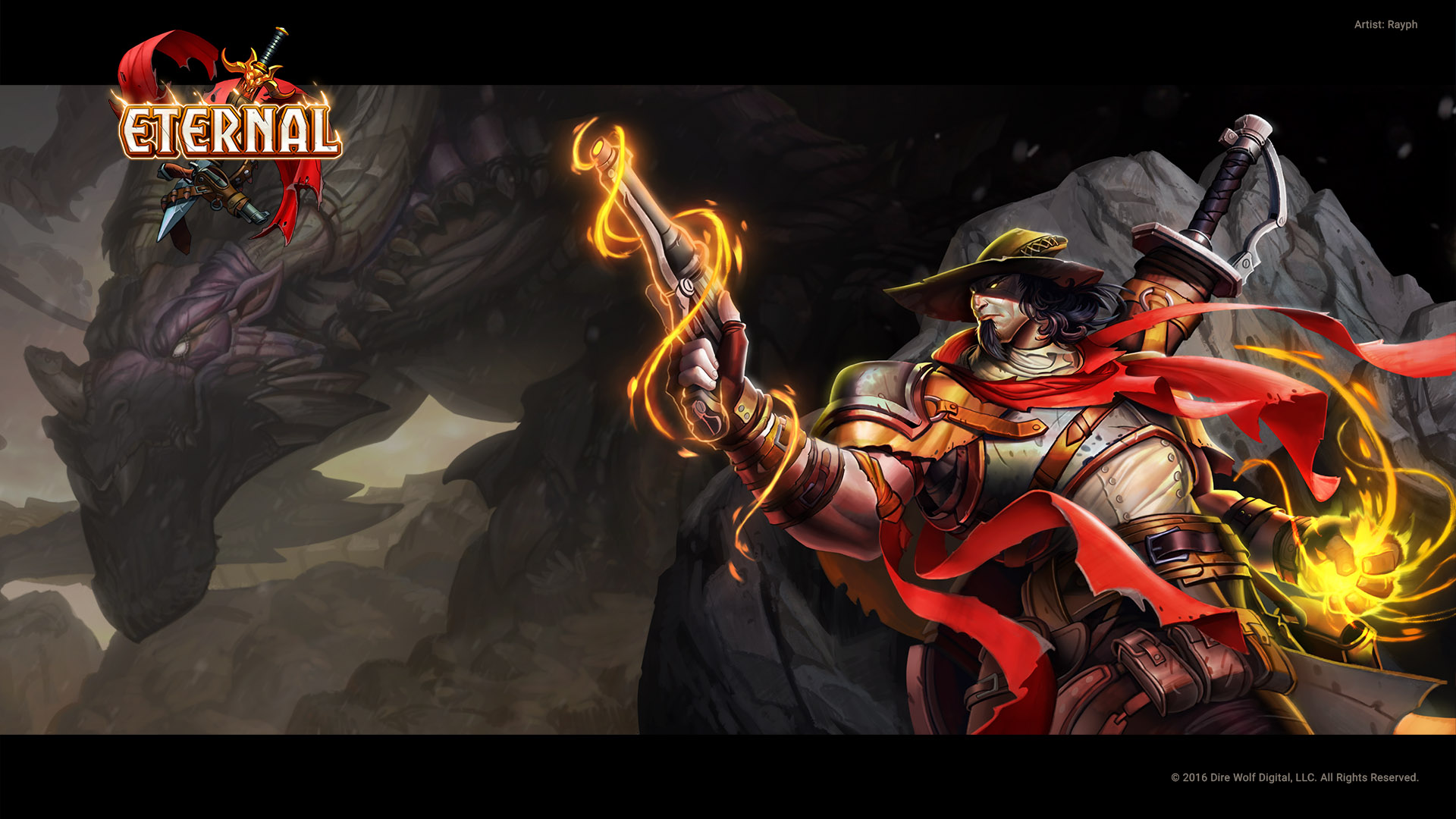 Eternal pits two players (or a player and AI opponent) against each other in a turn-based card duel. Players have both regular cards and faction cards. There are five factions in the game that work as a resource system akin to Magic The Gathering. Each turn, one faction card can be played, and that earns one point of reputation with that faction which lasts permanently (during the match). Each game card requires a minimum reputation with one (or more) factions in order to play on the field. As reputation is not “used up” during the match, players can continue to play more powerful cards without having to pool resources.

There are a lot of interesting mechanics at play. Here’s a few I got to see during the demo:

Warcry: This unit special ability grants +1 attack and health to the top unit card in the deck each time it attacks, no matter where that next unit is. This can be incredibly powerful depending on what unit it lands on.

Ambush: Units with ambush can be played during an opponent’s turn as a defensive or offensive measure. There’s no “tell” that an opponent has this card, so the ability name is appropriate.

Echo: Units with Echo will create a second copy of themselves when played.

Flying: Flying units can only be defended against by other flying units. 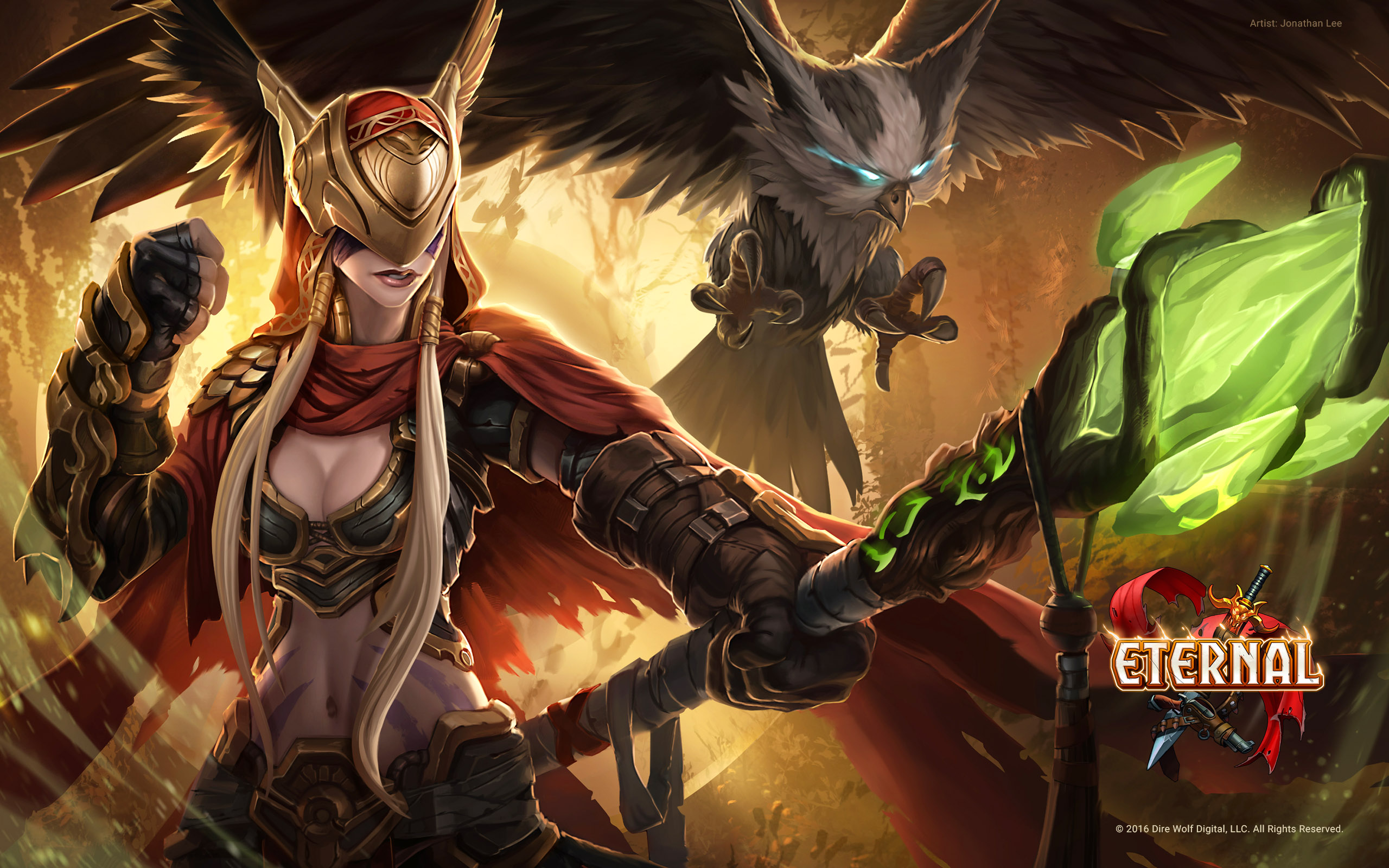 The Choice of Defense: Each turn, the player has the choice of defending against attacks. By default, attacking units will go straight for the hero to bring their health down for a win, skipping over any units in the field. If a player chooses to defend, all of their units on the field will go into a defensive mode, forcing all attacking units to attack them (a la taunt) first. This means that you can “protect” units by not having them defend, or force a defense to pummel your opponent’s units.

The match demo I played was fun and fast-paced, though certainly felt easy as I decimated the AI opponent even while I was learning mechanics as I played. The game feels promising, if it can get past its comparisons to Hearthstone. Eternal will feature a single-player story campaign alongside the competitive card duels against both AI and other players. It’s heading into closed beta soon, and sign-ups are available.