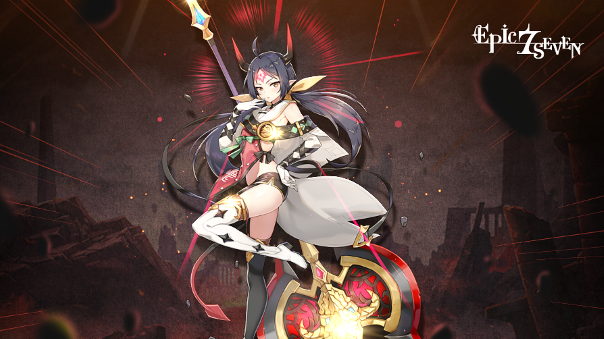 Epic Seven’s latest update arrived yesterday, and with it came a revamp to the game’s Summon System. The first part of this change focuses on Moonlit Heroes. These heroes were previously only available via Moonlight Summon, but can now also be gained through COvenant Summon. The Guaranteed Summon system will now also be a part of every Hero Drop Rate Up banner, to guarantee players that who have not received that featured hero by their 120th summon on the banner will be guaranteed that particular character.

Smilegate plans to reveal other improvements to Epic Seven following the Summon system renovation in August, including additional changes to the Summon system, Hero balancing, and renovations to various game features. Apocalypse Ravi also has been unleashed, as a Dark Elemental Warrior. Apocalypse Ravi can contribute to their team’s survivability and offensive strength, using skills like “Deliverance: Soul Exchange”, which can revive an ally when an enemy is killed using the skill. “War God’s Might” will give health back when she’s attacked.

Alongside these changes, Smilegate is refunding players with 50% of Galaxy Bookmarks and Mystic Medals spent prior to August 2nd. Finally, a new event, “Montmorancy’s Banshee Chase,” takes place until August 29th, in which players can complete daily missions to earn great rewards, including in-game currencies, Enhancement Ingredients, and Gold Transmit Stones.