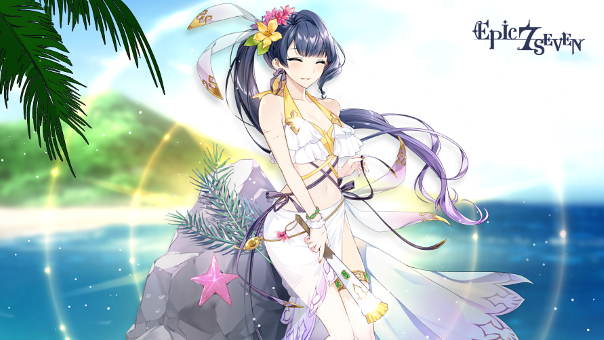 Seaside Bellona is a summer-themed Limited Hero, which is heading to Epic Seven and is a powerful Ice Elemental Ranger. Her specialty is weakening her enemies with debuffs. Seaside Bellona’s skill “Haven’t I Warned You?” can prevent enemies from receiving buffs and healing all at once. In addition, once her allies are attacked a certain number of times, she counterattacks with a mighty AOE attack. Her passive shares a portion of the damage she suffers with an ally, to grant her better survivability.

With this update, the Automaton Tower also receives improvements. The Automaton Tower, this month’s iteration of which is open from the 1st to the 31st, now rewards players with higher-level Equipment while also weakening the enemies that appear from Floor 91 to 100, allowing more players to be able to fully enjoy the tower. Automaton Tower is a mode that refreshes monthly, where players earn rewards as they make their way up 100 floors, defeating enemies that gradually get stronger.,