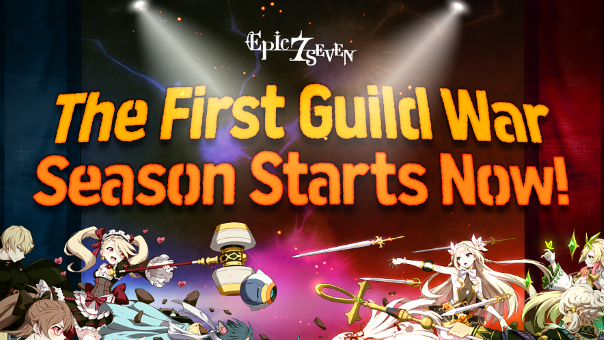 Epic Seven is a turn-based mobile RPG by Super Creative and published by Smilegate Megaport, and it is time for Guild War! The regular season for Guild War has begun, and with this also comes new areas, and story for Episode 2. Guild War is Epic Seven’s RvR content, where Guild members work together to do battle and overtake an enemy Guild’s Stronghold. Initially in pre-season since January 31st, this content is now officially in the game with its first season. Players can also now be rewarded with Commander’s Armbands, which can be used to purchase a variety of items. This includes a 5-Star Guild-exclusive Artifact, Epic Catalyst Box, and Gold Transmit Stone. Additionally, players can now reload previous assignments of Defense Teams, making it a lot easier and quicker to prepare for Guild War.

New story content for Episode 2 has also been added with the Pupuran Ruins and Scorned Lands areas. The Pupuran Ruins are located on the northwestern coast of Cidonia, and are all that remains of a once-prosperous civilization destroyed by war. The Scorned Lands, on the other hand, are an area long-forbidden for the people of Meldrec to enter, though the exact reason why has long been forgotten.