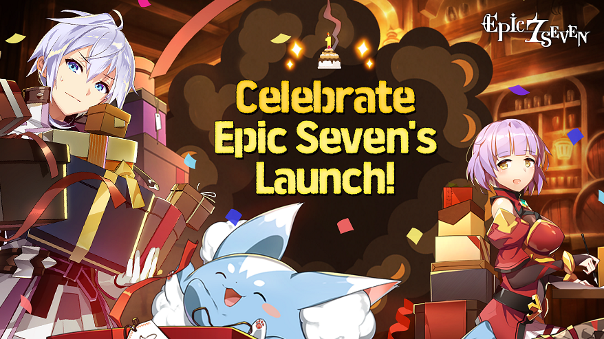 Epic Seven began their first-anniversary celebration yesterday (August 29th), with an assortment of fun events. The Check-In event has already begun (August 28th) and will run until September 19th, giving rewards simply for logging in for seven days. This will give in-game resources such as Energy and Gold, but rarer prizes as well, such as 1st-Anniversary Artifact, and 5-Star Hero Summoning Tickets.

There will also be a special buff event which provides a 30% increase to all EXP and Gold obtained during the event. Depending on the date, additional buffs will also be provided to players, including increased Rune drop rates and increased Crafting Material drop rates. From August 29th until September 4th, the number of daily free summons will also increase to ten, to give players over seventy free summons through the week.

Smilegate Megaport Department Manager Sanghoon Lee commented, “We have prepared these events to show our appreciation to all of our players who shared the past year with us. We look forward to continuing to grow and provide an even better game to our players. We hope that all players will enjoy this happy day.”