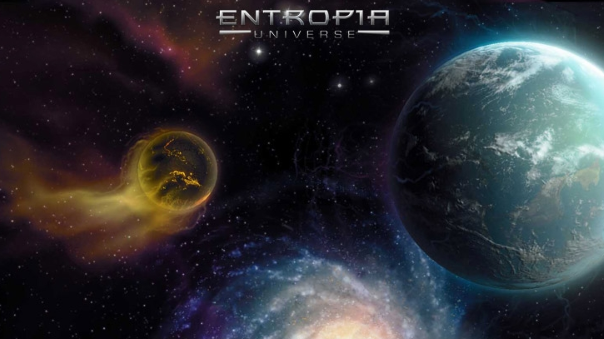 It’s been fifteen years since MindArks’ Entropia Universe launched. We sat down and talked with Henrik Nel, MindArk’s CEO, to discuss thoughts on the game’s history and future.

It’s hard to believe that an MMO can last such a long time these days. But for those who aren’t familiar, what can you tell us about Entropia Universe?

What makes Entropia Universe unique is that it’s unlike any other multiplayer online game on the market, even after all these years since being release. While it contains many of the traditional MMO-style gameplay elements, such as space exploration, quests, and character leveling, what really sets us apart is how open ended the game and its real cash economy truly is. Entropia Universe is one of very few true open-ended games as you can even withdraw the funds from your in-game account directly to your bank account.

There are six unique planets players can visit, all maintained by other developers and Entropia Universe does not dictate how to play and offers a near-limitless amount of activities, jobs and items across the expansive universe.

When you combine all these aspects, it’s not surprising to us to see the game continue to be as popular as it currently is.

One of the things that is fascinating is that planets are run/managed by other developers, each with their own rules/secrets. Are there any that stand out as special or interesting?

Since Entropia Universe launched Calypso, the game has added five more unique partner planets: RockTropia, Next Island, Arkadia, Cyrene and Toulan. While all these planets are unique in their own way, one that I would highlight personally is RockTropia, the first virtual music world. Lemmy Kilmister from Motorhead established a castle on the planet that was designed by him. There’s also club NEVERDIE, another popular destination. The entire planet is really well designed and very stylish. It’s certainly a must-visit destination for all players. RockTropia also licensed two movie franchises, The Thing and King Kong, to use for special events in the game for players to participate in.

On that same topic, how would a potential developer reach out to have their own planet represented in Entropia Universe? This definitely reminds me of something akin to Ready, Player One in that so many potential ideas can converge in one place. 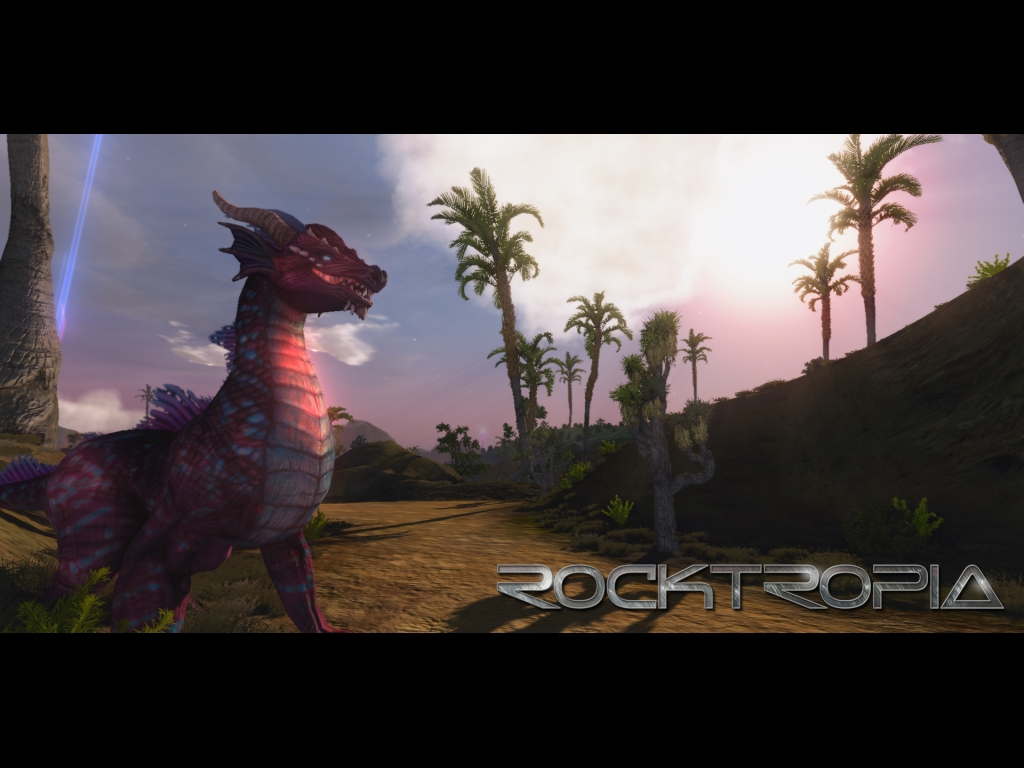 Rocktropia is a Hollywood-themed Planet in the Universe.

There are many parallels that players will find between Entropia Universe and the world of OASIS in the book Ready Player One. Both have their own virtual society and real-world currency with diverse worlds to visit. Both worlds also allow for the opportunity to truly role play who you want to be in a virtual setting. Like the OASIS, players can find an escape and be who they want to be in the worlds found in Entropia Universe.

Our Planet Partner system is designed to have developers be part of the continuous expansion of Entropia Universe. Interested developers can contact us through the Planet Partners webpage here.

Since this year is the 15th anniversary of Entropia Universe, are there any major updates scheduled that you can talk about for people to get excited for?

We are still finalizing plans that will obviously involve our passionate and dedicated community. We are considering many different options. We can’t wait to share this with the players once the time is right.

Is there a favorite update or content addition that shows off what MindArk’s vision for the game truly is?

While there are many updates planned in 2018 and beyond that I would love to share with you, I am unable to talk about them directly as players potentially can earn real cash from upcoming features we always make sure all out players receive the information at the same time. However, what I would say is MindArk as a company is also expanding into virtual reality through our virtual meeting spaces technology we launched late last year. As the company prioritizes virtual reality technology you can start to think about how it may intersect with Entropia Universe in delivering a new level of social interaction.

Entropia Universe features a cash-based economy. Players can start off with nothing and in theory, earn a regular income. How common would you say is it for players who are new to the game to wind up earning regular real-world money?

How common this situation is would be hard to say as it depends on the individuals entrepreneurial spirit just as in real life, Entropia Universe is very much like the ‘real world’ in this sense. To create something from nothing in the ‘real world’ demands you have the mindset to create something for your future self and your family, which is very much the same in Entropia Universe.

Do players need to invest real-world money in order to succeed, or can they start from scratch and go on to becoming a financial success in-game?

Unlike when my friend was trying to figure out is immediate edge a scam, a player never have to deposit real-world money, but by doing so it will speed up their avatars progress and give them more options in how to proceed to achieve the success that they strive for.

Also, as the option to use real-world money is solely in their hands, they have the choice to choose what level of investment that they need to be able to reach their goals, whatever these might be. 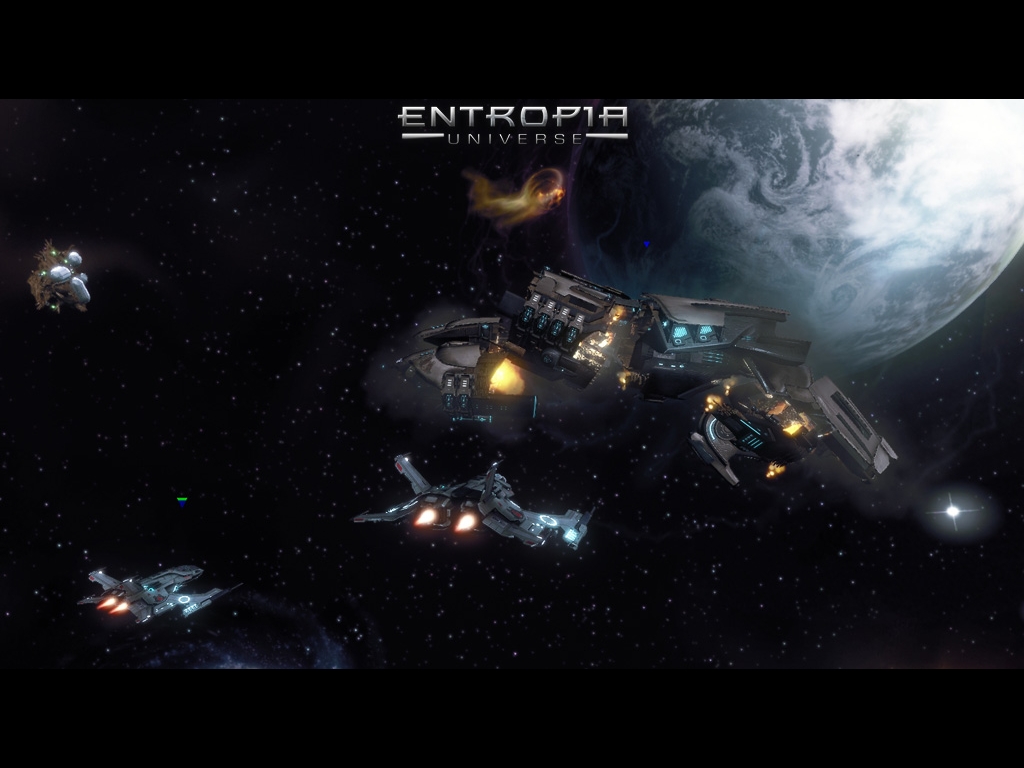 Entropia's space is vast and active.

Is there a fear that the game could be considered a pay-to-win MMO if players can invest their own personal income into the game?

We definitely want to emphasize that Entropia Universe is not a “pay-to-win” game. Players are not forced to make in-game purchases using real currency to progress or to acquire top-level great, items or spacecrafts. The game encourages players to develop unique job skills to service the community and get paid. It’s also possible for players to sell and trade items to gain significant money much more quickly.

As with any game that features a real-money economy (EVE, et al), serious monetary losses can occur, in the thousands, even millions. Have any serious losses like that occurred? How do players deal with these losses?

With a game that’s been around and used real-world money successfully for over 15 years it would be strange if there never has been any players who made losses.

With that in mind our pioneering model based on a true and trusted Real Cash Economy our players understand there is a certain risk/reward factor which they weigh in when they decide to invest in the game.

Sometimes it doesn’t turn out the way they planned and on the other hand sometimes it goes well beyond even their own dreams and as such Entropia Universe is very much like the real world when it comes to investment opportunities.

As MMOs grow and evolve, they tend to go through a “revival period” to offer a refreshed look, whether it’s visual or through the UI. Are there any plans in place to update the Entropia game engine?

We’ve already made significant graphical overhauls with the game since launch and continue to look for ways to update Entropia Universe visually and through the user interface. It’s a challenge given the sheer size of the worlds. There’s more than 1,400 square miles of land in the game, an area larger than the state of Rhode Island. So, you can imagine how much of an undertaking it could be. There aren’t any plans I can speak to specifically about upcoming visual updates but know this is something we internally talk about a lot.

It’s fair to say community is key for any game to survive as long as Entropia has. What can you tell us about your community and how it has changed over the years?

Our community is very important, as you say. We still have players that have been active since the launch on day 1 fifteen years ago. The average player spends more than two hours in the game during every play session, so our community is very passionate and dedicated, which is great to see after all these years.