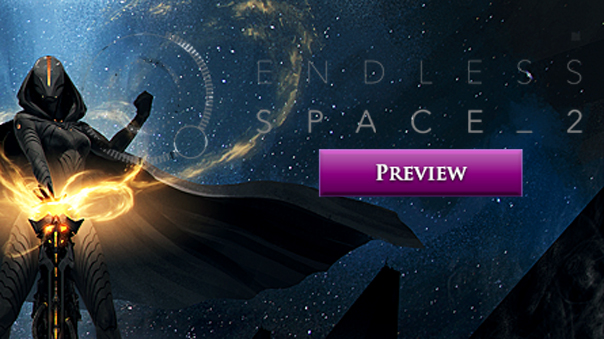 Endless Space 2 is the latest addition to the Endless franchise. After focusing on Endless Legend for quite some time, AMPLITUDE has gone back to its roots and the place it all started: Space. For the most part, Endless is almost universally acclaimed as a forerunner in the turn-based strategy and 4X genres. Endless Space 2 has shaped up to become a game more than worthy of this legacy, making use of proven features from past Endless games and adding in new features to help keep the series innovative. In this early review of the game, we’ll take a closer look at it and see what it does right and what it does wrong. 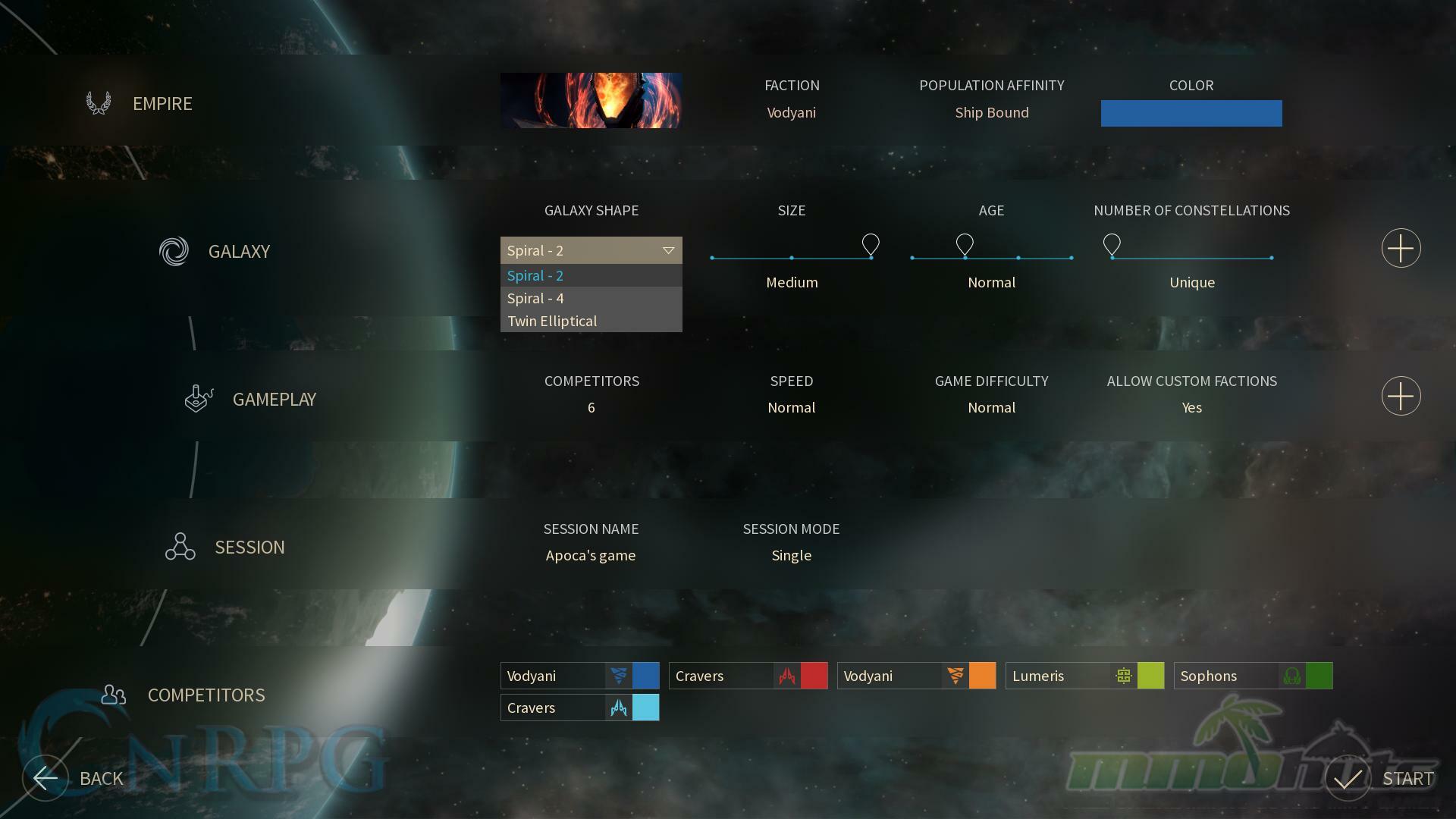 Lots of ways to tweak your galaxy before kicking the game off.

Endless Space 2 has a very artistic and stylized aesthetic. In the overworld (or overgalaxy, I guess) your fleets are represented by outline shapes, rather than actual models of the ships. They look almost like star constellations. I like this, personally, because it helps them stand out and I’m just a fan of the way they look. Before you start exploring, the galaxy is covered by a ‘fog of war’ that almost makes it feel like a painting. The screenshot doesn’t give that feeling quite enough justice, but you’ll get an idea of what I mean. 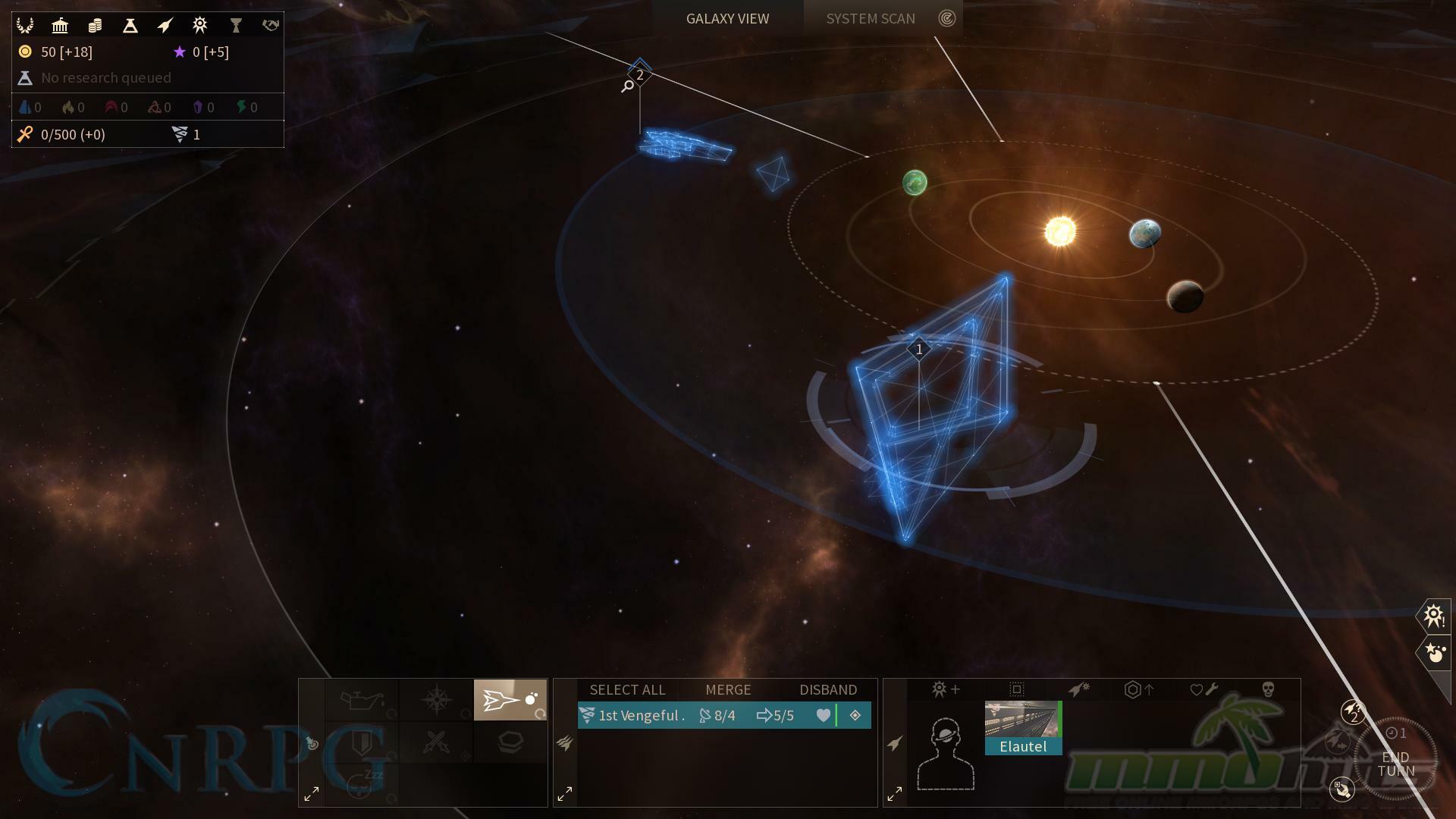 The aesthetics are really one of a kind.

The UI is almost like a piece of artwork in itself. I love it when a game has a smooth UI that is sleek and unobtrusive. Games in the Endless series always have fantastic UIs and Endless Space 2 is no different. The transitions between various menus are incredibly well done, too. For example, if you want to look at a system’s planets, there is a sort of zooming effect that brings you in close to the solar system and then brings the planets up and opens the interaction menus. Speaking of the solar system interaction menu, it’s impressive how they manage to make the UI feel so minimal even when you’ve got a screen full of information. I wish AMPLITUDE would loan out the team that works on their UIs to every game that comes out. 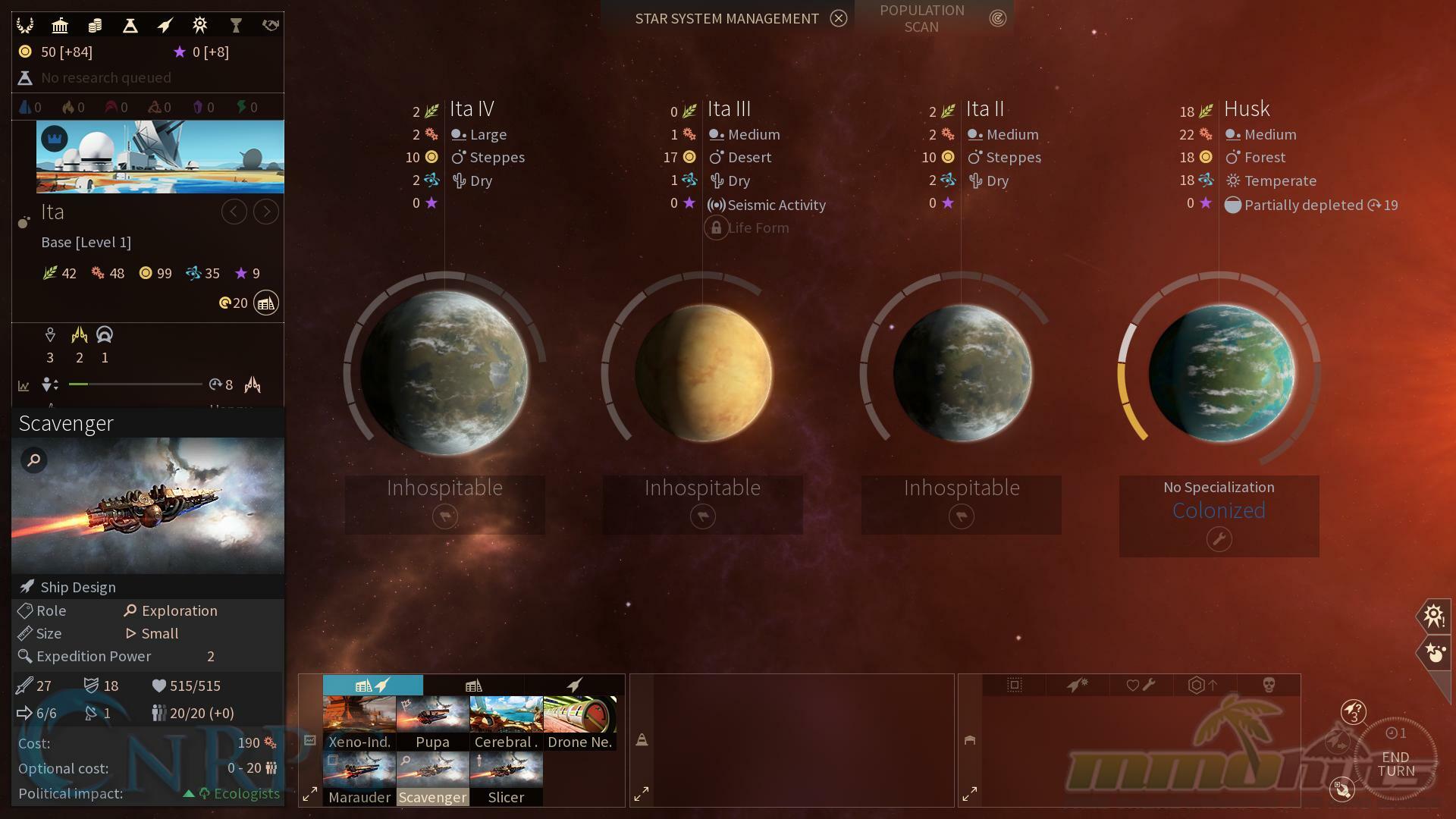 The UI is something all competing games should be aspiring to reach.

Endless Space 2 is primarily played with the mouse. You can make use of keybindings if you like, but I never bothered. It’s not like an RTS where opening a window or selecting a unit in less than a second could mean victory or defeat. If you’ve ever played a 4X before, especially one from AMPLITUDE, the controls are intuitive. It’s fairly straight forward where everything is and the game does a good job explaining things with the tips that pop up (which can be disabled).

Endless Space 2 has taken some of the best features of Endless Legends and attached them to the framework that the original Endless Space put in place. This, added with the fantastic artwork and UI, with a dose of the incredible sounds and music to be found in Endless Space 2, creates a truly unique entry within the lexicon of the 4X genre. I always look forward to an Endless game, because I can count on it to innovate. It’s a breath of fresh air.

When I originally heard of Endless Space 2’s development, I was afraid that AMPLITUDE would play it safe and go with what they knew that worked. That is, it would be a slightly improved clone of the original Endless Space. Well, in a way my fears were realized. But not in the way you think. They did take what they knew would work, but not just from Endless Space. They took from their other games, especially Endless Legend, and mixed in a heaping tablespoon of completely new for good measure. What this has created is a game that simultaneously feels like a completely new experience, yet familiar at the same time. 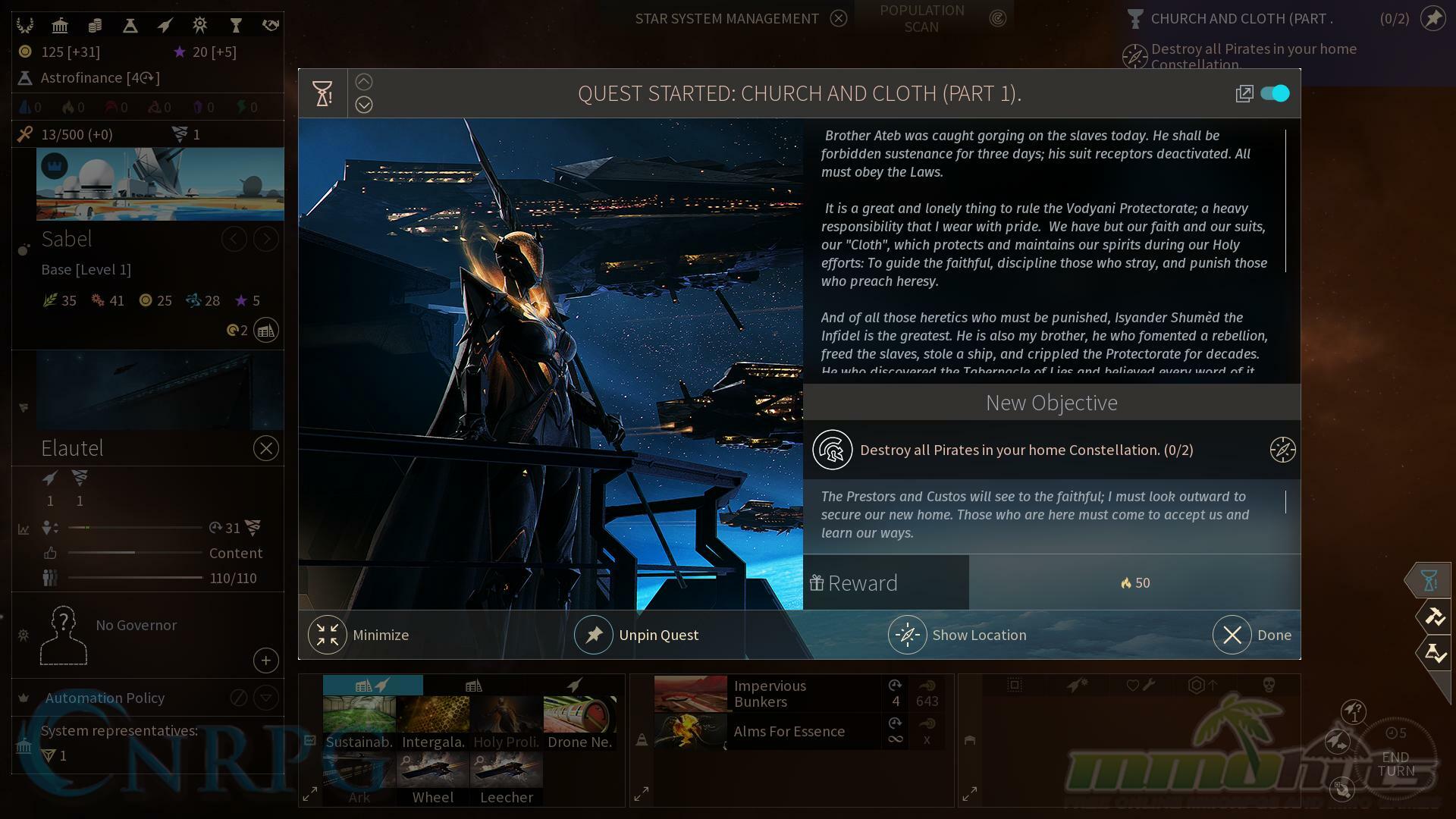 Quests help build out the elaborate lore of Endless.

I’ve been playing Endless Legend for quite some time. I’ve covered the base game and every expansion released to date. Heck, I’m in the process of writing a review of the latest expansion to Endless Legend while I am writing this review. I was pleasantly surprised when I found the Hero system from Endless Legend in Endless Space 2. And the overall aesthetic resembles the aesthetic of Endless Legend closely. 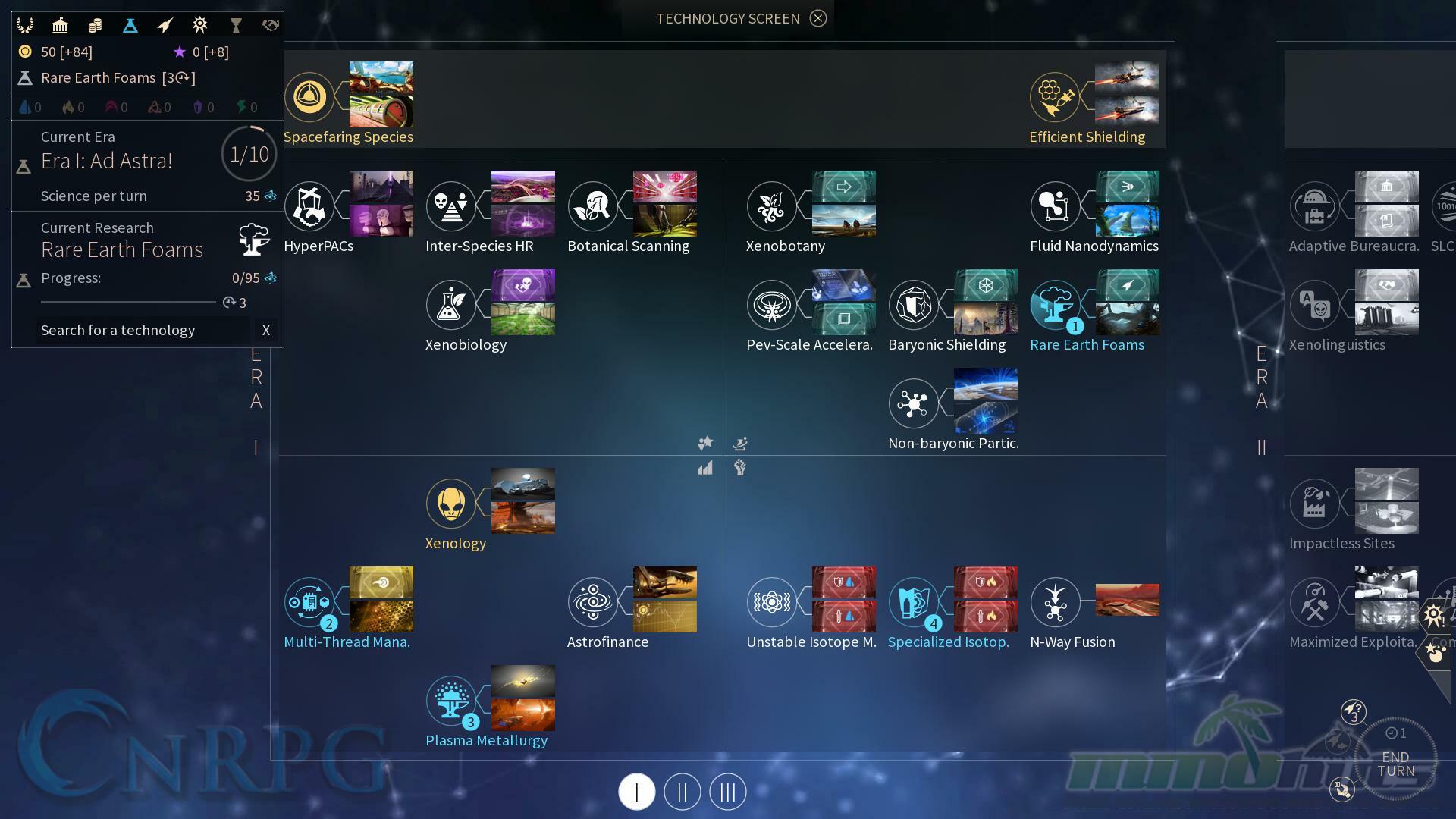 The tech window can be jarring for those unfamiliar with AMPLITUDEs games.

Personally, the tech window is kind of annoying. It’s very similar to what is present in Endless Legend, but I prefer a more traditional tech tree. That could just be because it’s what I’m used to, but I feel like it made the technology feel more progressive and meaningful. I just don’t get that feeling with the way tech works in Endless Space 2. The tech system in this game is more free-form, with a lot more freedom to pick-and-choose what you like, unlocking higher tiers of technology (called Eras) as you reach certain points in your research. This is just a minor annoyance, to be clear. I still enjoy the game A LOT.

Diplomacy plays a big part in Endless Space 2, which isn’t surprising. Politics are one of the pillars of the genre. Trying to take on all of the factions in a game can be kind of overwhelming, so it’s nice to make friends. Or you can bully factions that are weaker than your own, if that’s your thing. Speaking of bullying, Minor Factions make a return and you can conquer and subjugate them as you please. I’d be lying if I said diplomacy was my strong point in these games as I tend to just go in guns a-blazing and hope for the best. 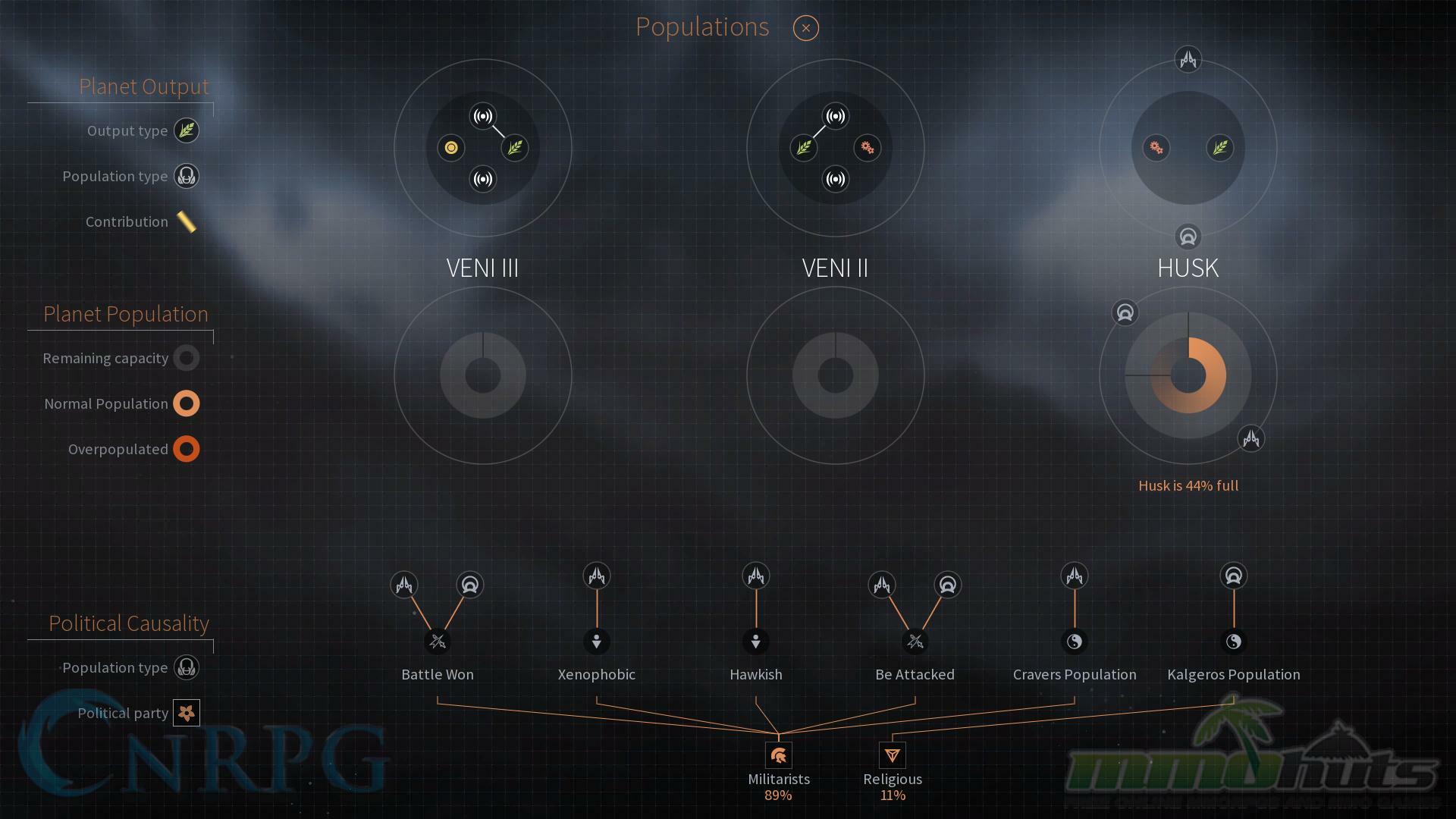 Every action can have political impact on your image in the galaxy.

Diplomacy and politics don’t end on the galactic scale, though. Many actions can have a political impact within the systems you control. For example, building many warships will give you the reputation of a Militarist, while focusing on industry buildings on your planets results in an Industrialist political impact. By doing a System Scan you can get an idea of how your decisions have impacted the local systems. Each race will react differently to certain types of decisions and actions. For example, the Cravers probably won’t mind a Militaristic mindset, as they crave (get it?) expansion. As your influence grows you can start laying down laws.

On occasion you will be given events that can have multiple outcomes. For example, you could receive an event in which one your ships is attacking its own. You can decide to either send a fleet to destroy or capture them. Depending on your choice, the reward is different, usually reflecting the mindset of your decision. They’re not going to win-or-lose you the game, but they do make the experience much richer. 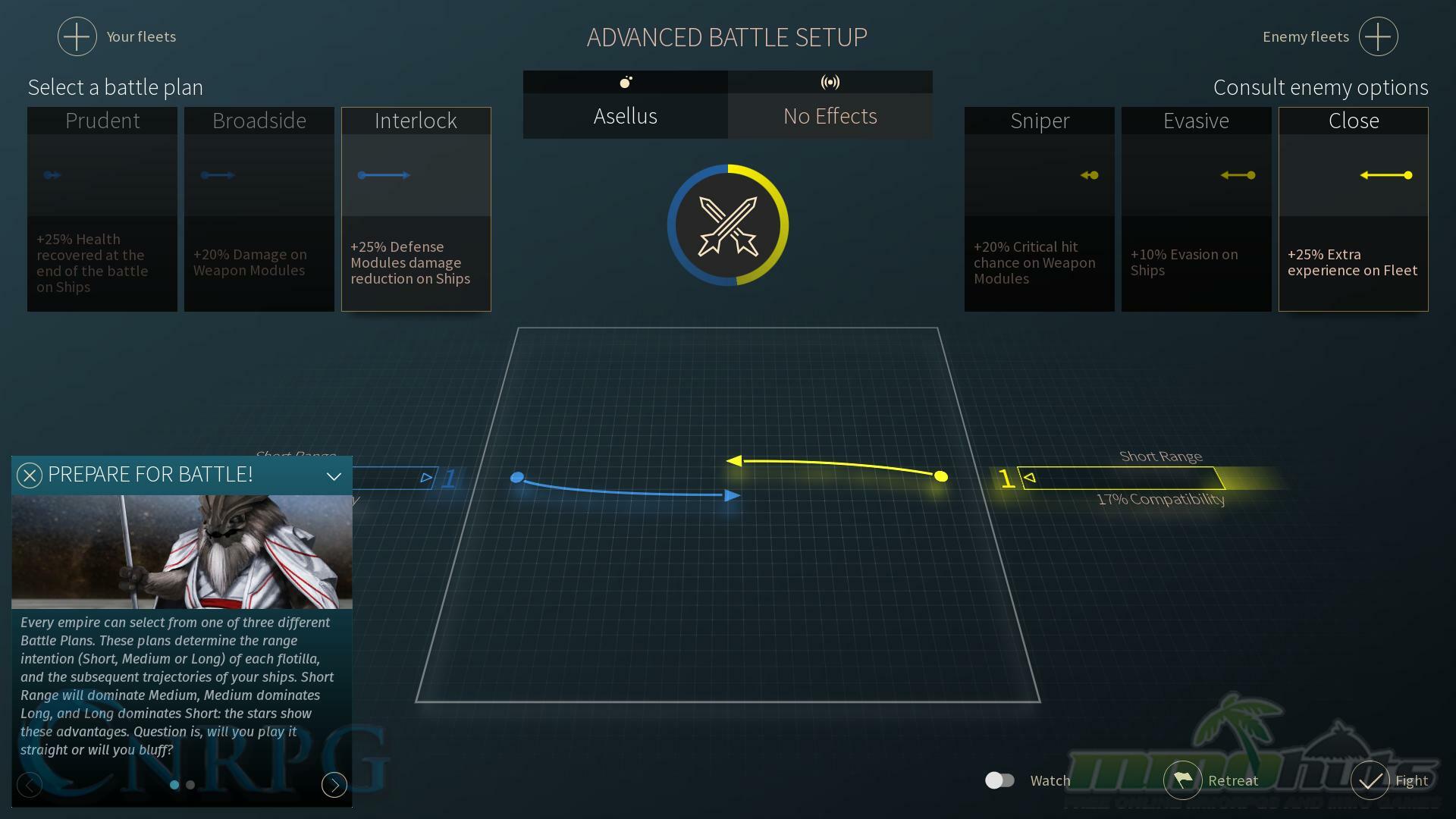 As for combat in Endless Space 2, it’s more strategy focused. Your ability to influence a battle ends once it starts. Prior to the battle itself, you can choose to employ certain strategies for your fleet by choosing “Battle Plans.” Each Battle Plan represents a certain style of defense or attack and can reward your fleet certain bonuses. Through the Advanced menu, you can even see how your opponent is most likley to go into battle based on your previous experience fighting against them. So, the more you fight your enemies, the better you come to know them and their habits in battle. This is probably one of my favorite additions to the game; in the original Endless Space I often felt like combat was bland and I tried to avoid it as often as possible. With these new features I find myself looking forward to most combat encounters. 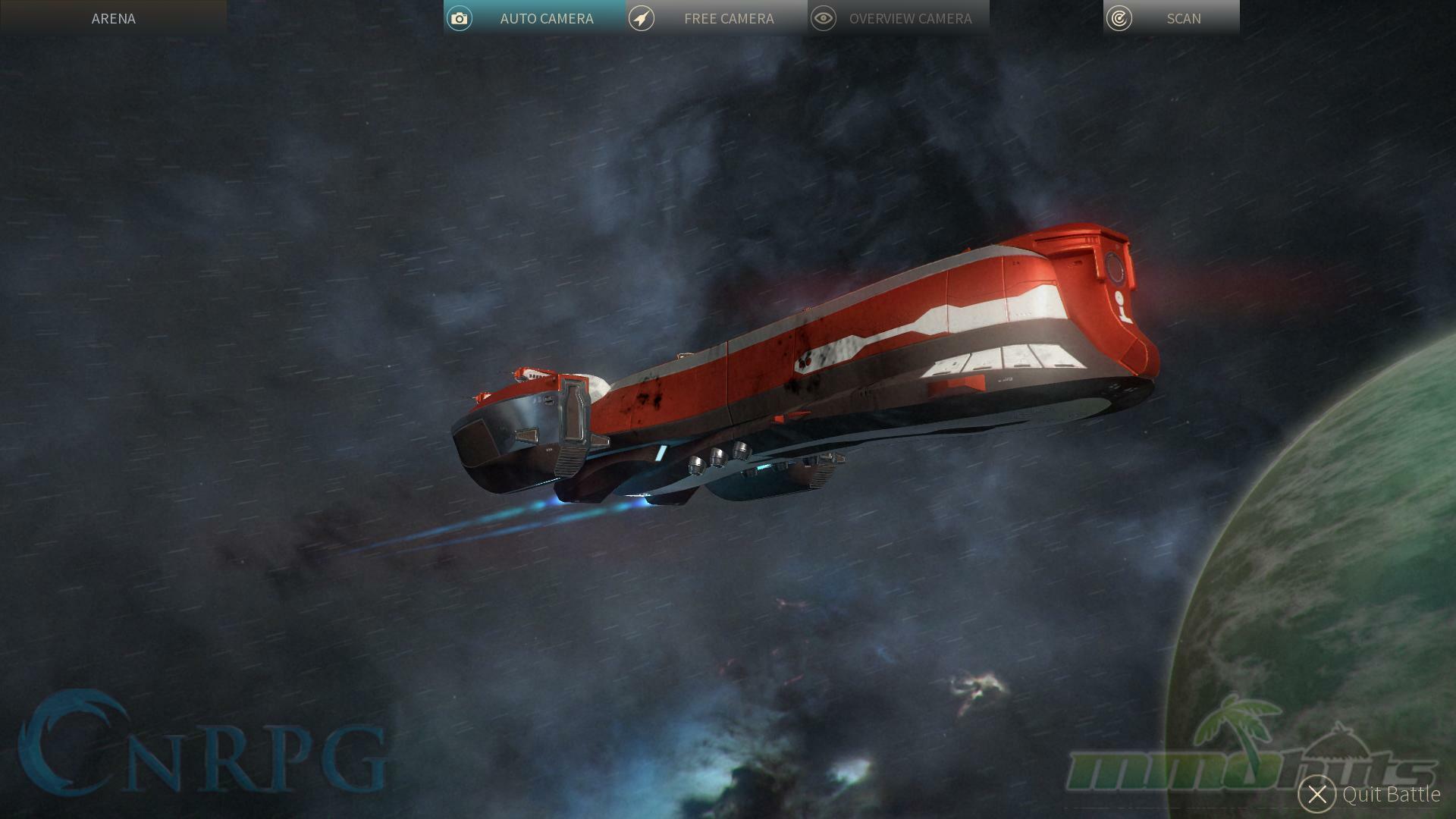 While you won't sit through every battle, some are certainly worth watching.

Actually viewing battles has become more enjoyable, too. The ship models are higher quality and better show damage. The camera also seems to be a bit better, too. I still pass up watching most battles (except for battles that involve heroes, which I’ll get into in a moment), but not all of them. In previous games I skipped the battles simply because they weren’t enjoyable to watch as someone who could have no control over them. At least now it feels like a more cinematic experience and that helps give them a more ‘real’ feeling. 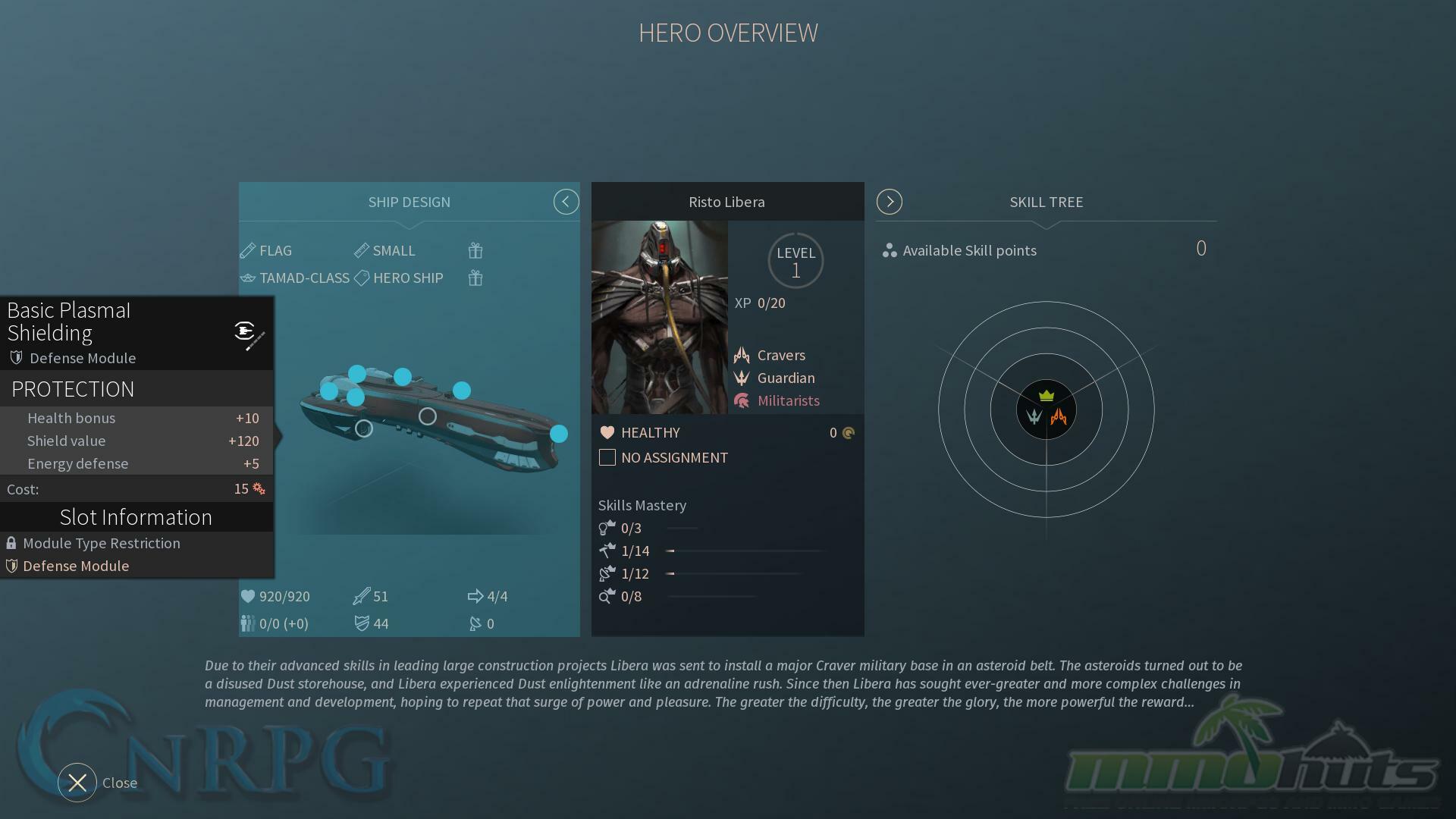 Heroes make a return in Endless Space 2, with an almost identical copy of the Hero system in Endless Legend. Of course, there are changes. For example, your Hero has his own customizable ship instead of weapons. The design of these Hero ships are superb, too. Honestly the highlight of the whole system, for me, was watching the hero ships in battle. During my play time, I never missed a chance to see them in action.

You’re getting a game that could easily sell for $60 for just $30, which I consider a steal. Over the past few years AMPLITUDE has proven to be one of the modern definers of the 4X genre, and I’m looking forward to seeing what DLCs they come out with for Endless Space 2 as well as what future games will come from them. 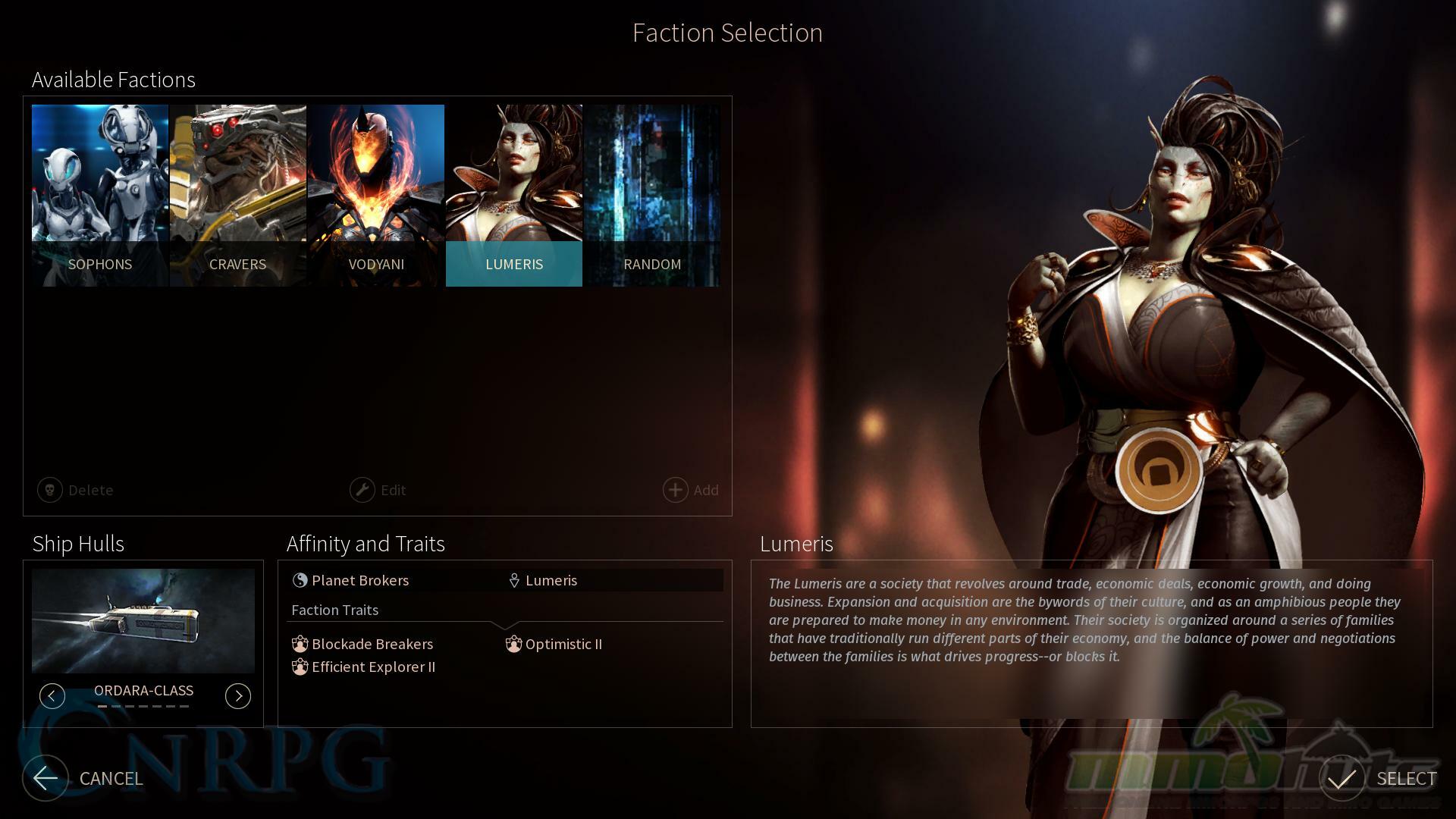 Customization: 3/5 – I wasn’t impressed, but I wasn’t disappointed either.

Community: 5/5 – Doesn’t quite apply, but the community surrounding AMPLITUDE is great.