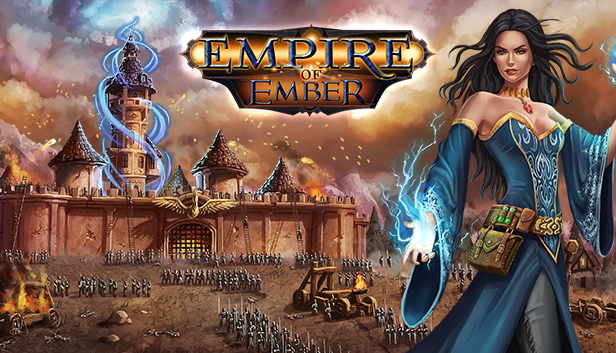 Players will have the opportunity to loot dungeons, lead armies in overland combat, command the defense in siege combat, and quest through pre-designed levels. Poleaxe Games will be providing regular updates to keep players in the know on all aspects of the games development, including all ongoing improvements made through player feedback across its Steam and Discord community channels.

Empire of Ember includes a light RTS strategic element where players can unleash the might of an army of NPCs to fight alongside in hundred-unit battles, all of which is tied into the game’s persistent world with a script by former Telltale Games lead writer Patrick Kevin Day.

Add to that an ambitious city builder feature where players can design and create their own city from an asset pool of over 2500 cosmetic and functional structures including wizard towers, libraries, blacksmiths, stables, taverns and houses in order to put their own creative mark on their game. More importantly, these player-created cities can be shared in an asynchronous multiplayer mode, in which players can download another player’s city, defeat the defenders, and sack it.

Empire of Ember will be launching on Steam late Summer 2021 and welcomes player feedback throughout its early access phase. An early access launch discount is available for launch week for any RPG fans looking for their next adventure.