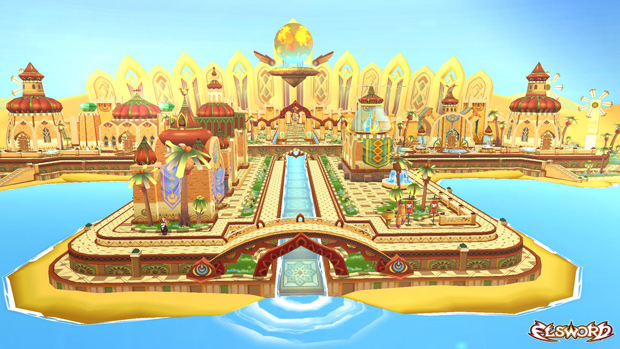 Earlier this week I had a chance to drop into Kill3rCombo’s new office SoCal office to not only meet the fantastic team behind the North American localization and publication of Elsword, but also get early access to the new Sander region including an upped level cap, new town, and plenty of new story driven dungeons. Let’s break down the goods. 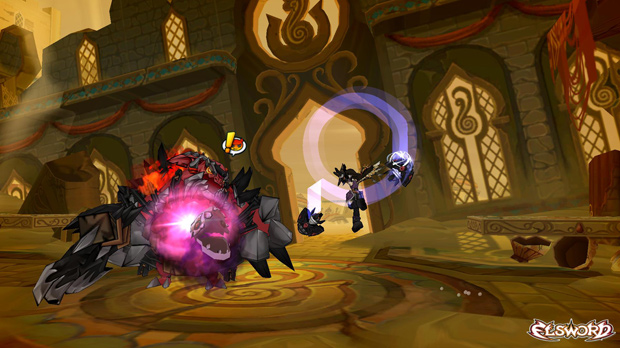 First off you might be wondering why you would ever leave the wonderful City of Hamel after spending so much time and effort restoring Chung’s kingdom to a peaceful state again. Especially when the alternative is a blistering wind ravaged desert outpost so sandy, it’s even got sand stuck in its name. Enter the Trock Tribe, out causing enough trouble for the local beat boxing llama toting chieftain of Sander to warrant a grimace across his face. But with the presence of the legendary heroes of El arriving, he’s managed to maintain enough composure to at least not lose his “Hang Loose” hand gesture. 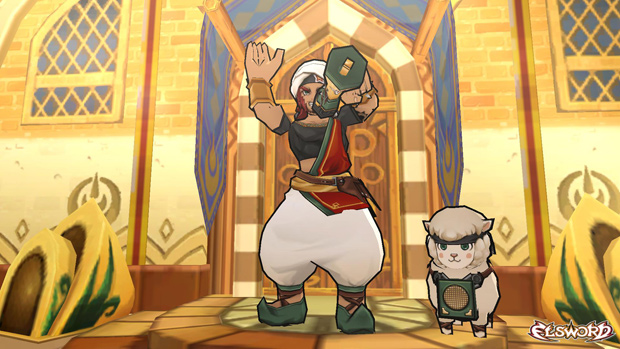 Though I’m not going to spoil too much of the story for you, it should be obvious to assume that this isn’t just some random act of violence. There’s always a bigger fish to fry, even if that fish is in the middle of the desert. And your journey will soon lead you to the wind priestess, revealing the true nature of the desert devastation. In the process you’ll acquire a new level cap of 64 along with tons of new gear and a few new skill points to get the most of the newly implemented new era of skills. Having tested the new UI for the skill tree I’m glad they finally ditched the random Christmas tree for something a bit more streamlined. 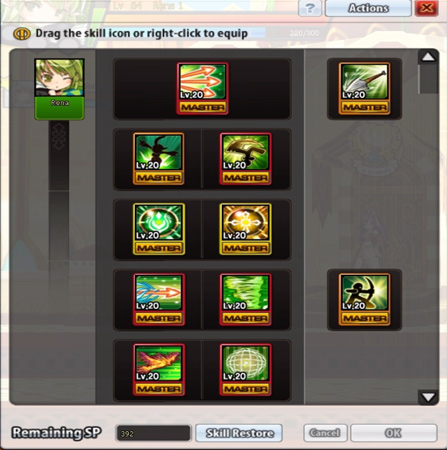 The level design itself is fantastic. KOG really has outdone themselves with the properly panning panoramic views making the world feel much more 3D than ever before. A combination of jump pads, tornado transitions, and the most vertical stages yet will push your platforming skills to the limit. There’s plenty of fun and fast sliding areas to keep your adrenaline pumping as well. But don’t think this tough terrain is going to let you abuse the AI as an array of airborne enemies including an army of diverse harpies are ideal for putting you at a disadvantage the entire time you’re battling through it. Though GM Crow and I tackled the level with Eve’s Code Battle Seraph and Rena’s Night Watch, both of which being ideal for anti-air combat, we still found the levels to be brutally challenging.

Expect to face the cutest little suicide bombers you’ve ever faced, a multitude of harpies, Trock legions, harpy nests that spawn babies when disturbed, shady bandits with a myriad of tricks up their sleeves, and plenty more in the stages beyond. 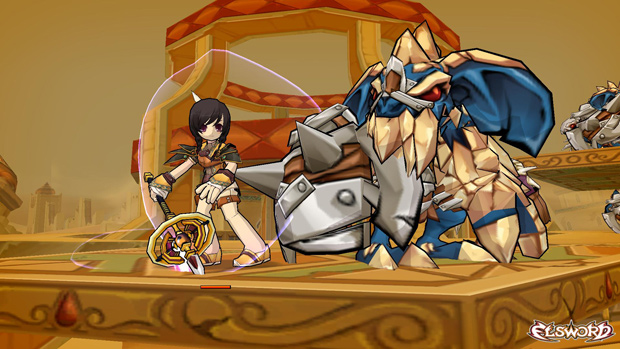 But the bosses themselves make the levels leading up to them look like a cake walk. If you’re going into this without having maxed out your characters during the previous Hamel content, be warned. You’ll want a full party and plenty of potions to withstand the onslaught. The harpy boss in particular in the second dungeon sometimes offers you less than a second warning to avoid her attacks. And just when you think she reveals an opening, be warned that she tends to move just enough to avoid most ground based attacks while launching surprise counterstrikes to punish those that rush onto the offensive prematurely.

If you want to be among the first to catch the new town and first two stages in action, be sure to subscribe to MMOHuts’ youtube as we’ll be posting the footage later this evening! And don’t miss a livestream of the new event starting at 4pm PST on the official Kill3rCombo channel! 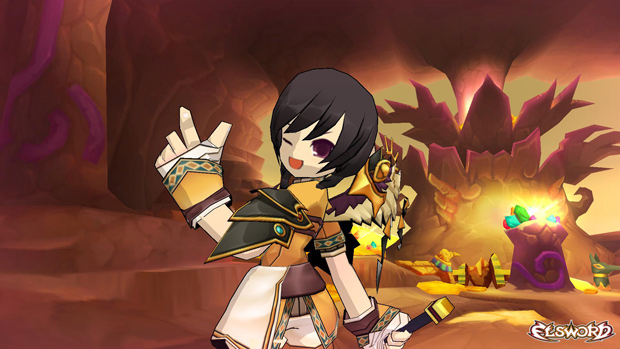