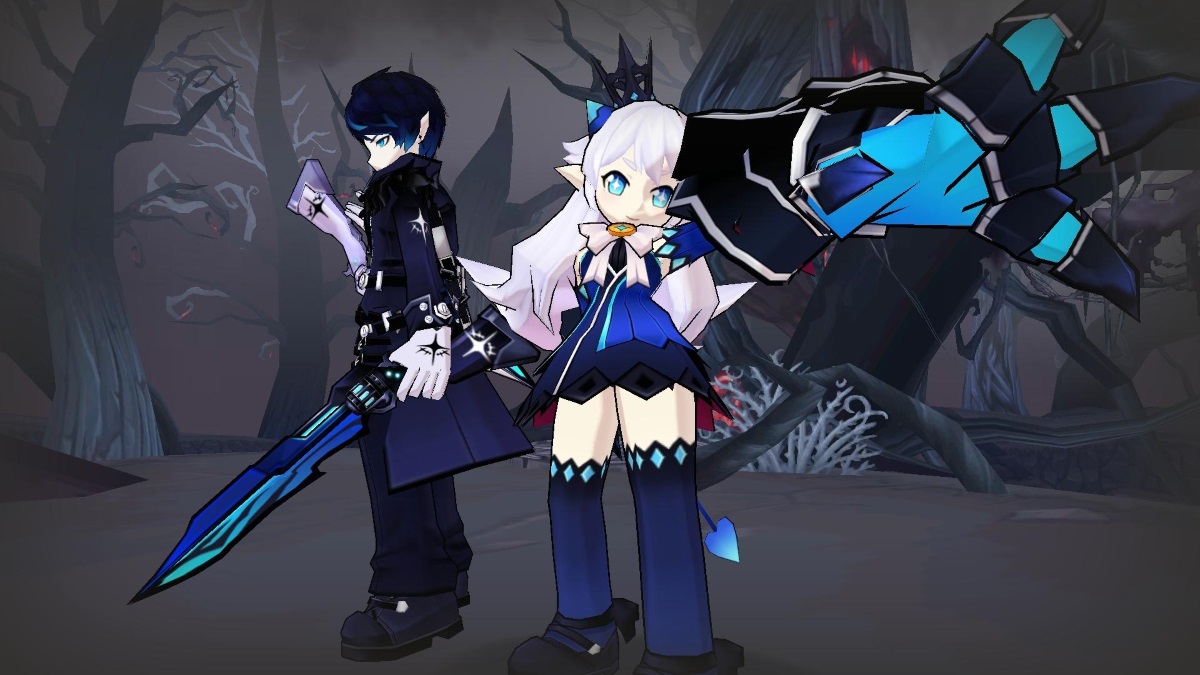 KOG Games, a leading developer and publisher of popular free-to-play action MMORPGs, today announces the launch of Elsword‘s newest character, Luciel. Lu, the demon monarch and Ciel the mob hit-man, come together as one dangerous dual character in pursuit of each and every demon that plagues the land!

Lu emerges in Elrios as a small child, having exhausted all of her mana in order to escape captivity from the realm of demons. She has lost all of her power and possessions due to being betrayed by her own her subjects. Ciel finds Lu in her weakened state and takes her in, and before long, assassins from the demon world come for Lu. Ciel gives his life to protect her and in that moment Lu remembers everything. A supernatural contract allows her to revive Ciel as a half-demon, and he is bound to serve her in return. This demonic spiritual bond brings the two together mind, body and soul as Luciel. Hell-bent for retribution, they will take everything back!

As a dual character, Lu and Ciel introduce a whole new style of combat to Elsword. Despite being two characters, they share one skill tree yet how each unique skill functions depends on which character is in combat. Certain skills can be used to switch between characters to increase their Combination Gauge, but it’s up to players to keep tabs on skill interactions.

Luciel is designed to work as one by accommodating for each of their weaknesses; with Lu focused on reeking havoc when up-close and personal and Ciel focused on tactical approaches and keeping the enemy at bay. It’s all about setting up for the Queen of Demons with the hit-man of the underworld. Ciel can utilize his advantage to fight enemies that claws can’t reach and disadvantage to bait enemies to get in close only to awaken a sleeping giant. Lu sets while Ciel spikes!