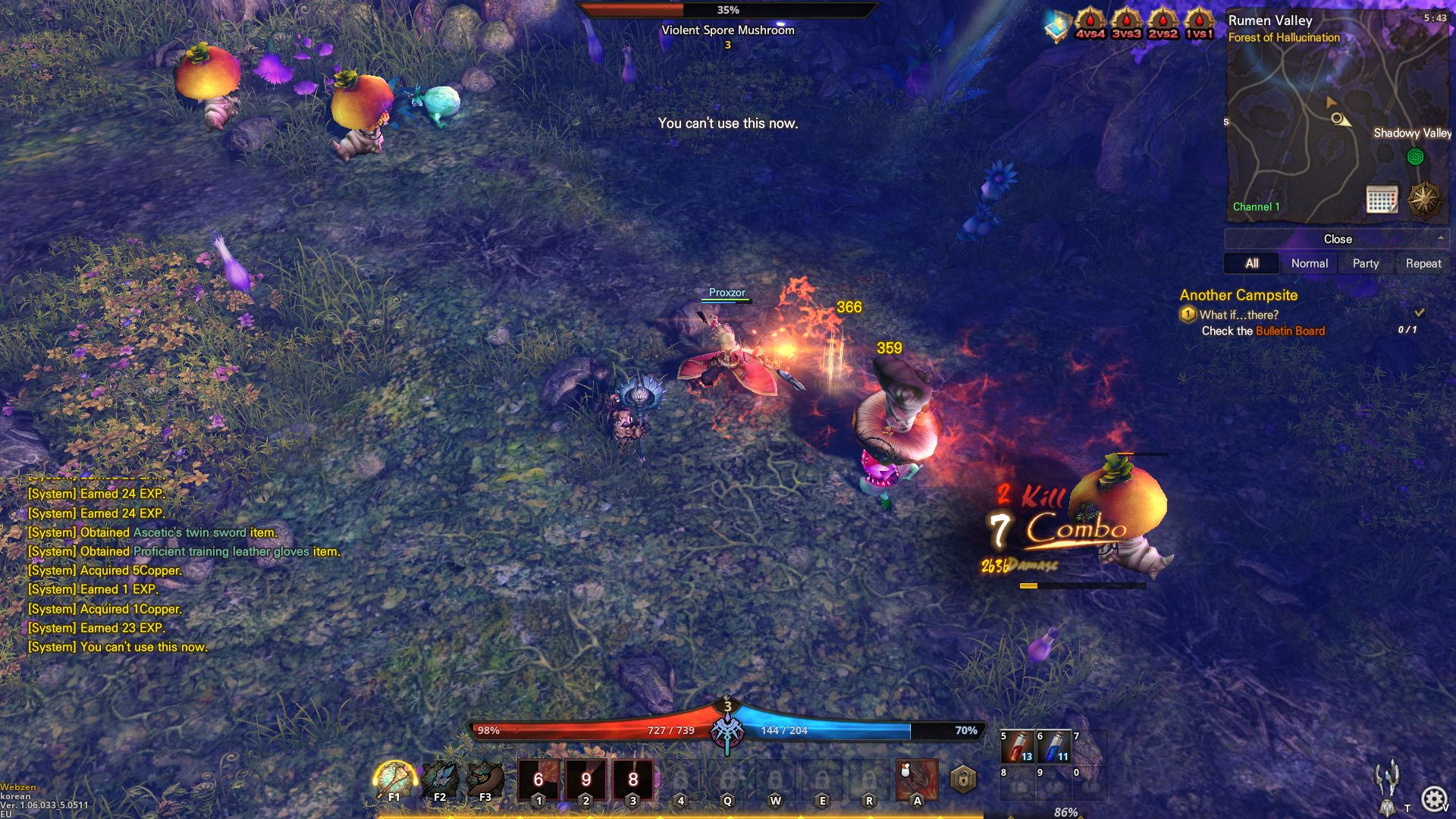 The last few years I have played a lot of MMO’s, and most of them were fun but overall the same generic themes kept popping up. Either they looked the same, or the gameplay was similar. The spark you get when playing something new and different just wasn’t there. But last week this changed, I got to try out the ELOA (Elite Lord of Alliance) beta and got this special feeling back again; the feeling of playing something completely new was there and every minute was enjoyable. But why?

ELOA is a game that intrigued me not because of its story or graphics, but because of the gameplay. The story isn’t really that interesting, and so there’s no need to get into great detail. The world is in chaos and you are someone that can make a difference and thus here you are. The game actually looks really good, and the graphics are definitely another big plus of the game. But some of my favorite games of all time look like they’re from the early 2000s so this wasn’t enough to win me over. ELOA is going to be known for its extremely fun gameplay and way the game is played. 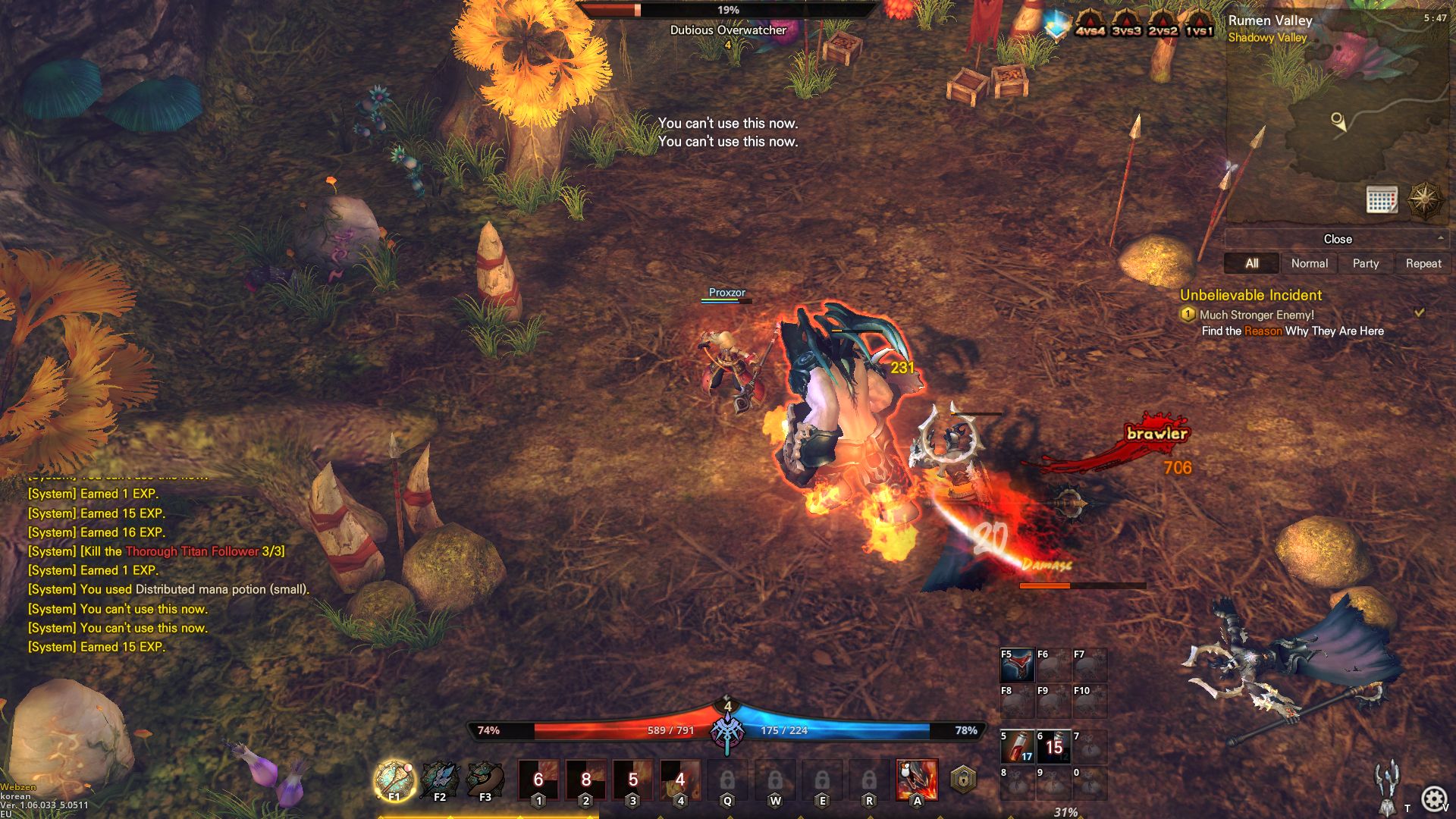 The world is colorful and vibrant.

When making your character you are able to choose between five different classes. You can choose between the Blood Knight, Mage, Sniper, Psychic and Assassin Warrior. While this sounds impressive, at the core these archetypes are the same classes you’d expect from an Anime MMORPG. Each class has three different specialties – I myself went with the Mage because I just love standing back and calculating the right spells and elements to lay waste to swaths of foes. My specialization options included Ignition, Ice, and Nemesis elements. Basically fire, water and electrical based attacks that you unlock after set levels.

Eloa clearly isn’t the first hack n’ slash 3D isometric game to hit the market in the past 2 years. But it still stands strong on its own. The gameplay feels different. I don’t necessarily know how to explain it, but to me the game felt as smooth as as polished MOBA. The various skills utilize fun combat mechanics that keep the game action intensive, combined with smooth movement controls and satisfying hack and slash combat. The specialization doesn’t feel tacked on either, making your decision meaningful. You’ll utilize different attacks and spells, with a different weapon, bringing your own brand of utility to the battle, which as a result makes everyone feel like a more unique snowflake. Besides the eight different skills for each specialty, you also have a normal basic attack to attack your enemies with. For me as a mage, the basic spell with each specialty gave me mana back over time, so I had to use them as a part of my rotation. But when I didn’t use the basic attack, my mana depleted quickly, and I had to chug a mana potion quite frequently to keep going. 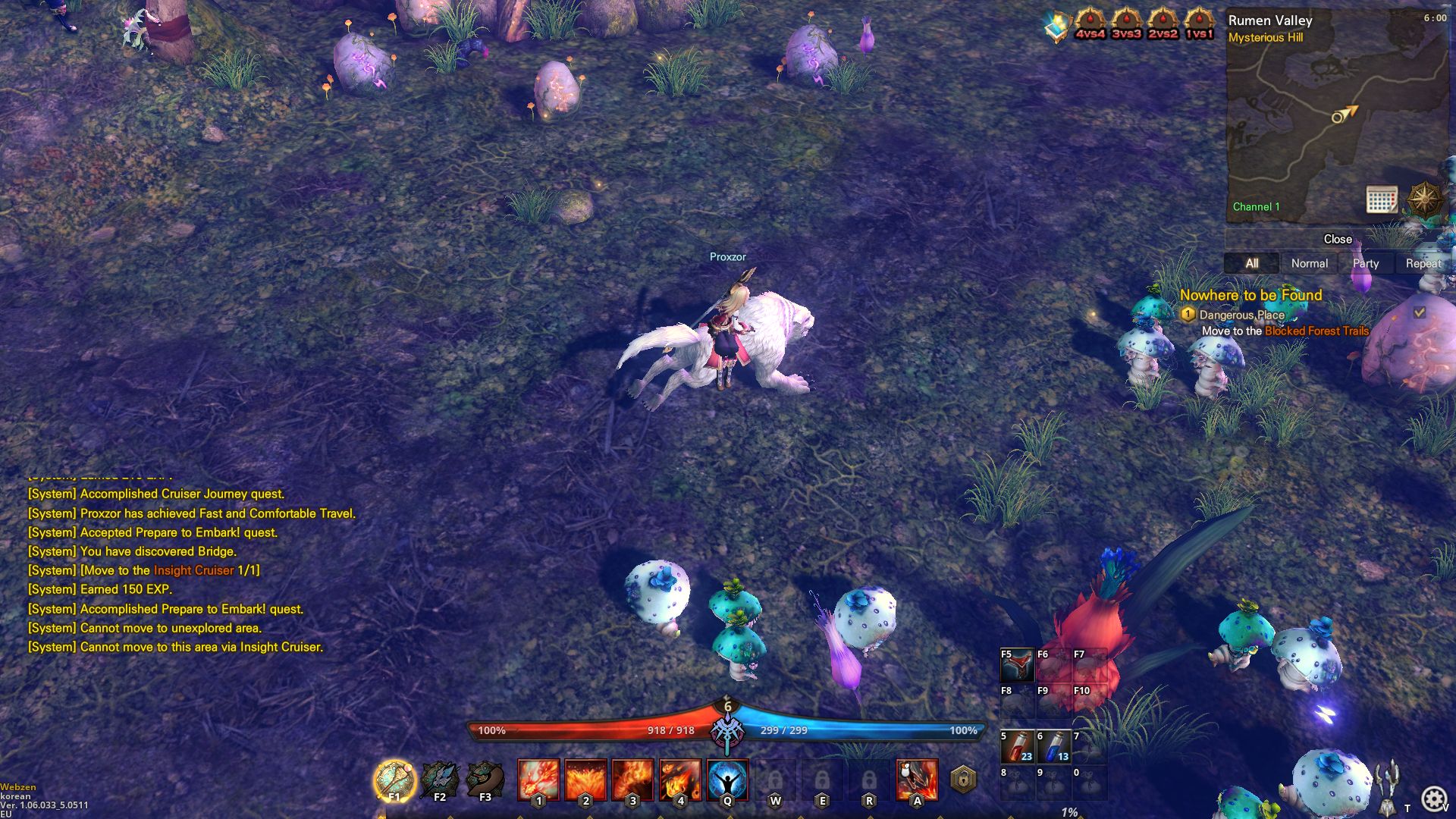 Pets make for an interesting break in gameplay.

Most of the enemies you will find when questing are paired in groups, so most any enemy you attack is going to pull a decent sized group your way. Thus AoE spells are the rule of the land. By combining the different spells and specialties together, I produced quality rotation of AoE spells to bring down clumped packs of foes in a flash. Fighting your way through the many packs of monsters was as fun as you can imagine in a hack and slash game. Quests flowed faster since I was constantly downing monsters in groups, and the forced grouping of foes added difficulty to the combat to keep me on my toes. Hours flashed by as I became engrossed in the simple yet engaging battles.

In ELOA you can also have a pet; currently there are a lot of different pets that you can have, and some of them are better than others. After a few quests I was given an egg as a quest reward, though I later found rarer eggs as random drops. I choose to hatch an egg and ended up with a small wolf. As you’d expect, pets learn their own skills and have different strengths and weaknesses. Perhaps most valuable was the wolf doubled as a mount, greatly speeding up travel time to quest objectives. Taking queues from mobile RPGS, the pet system allows you to combine pets to make them stronger. There’s plenty of variety of pets to experiment with to see what compliments your character’s built the best! 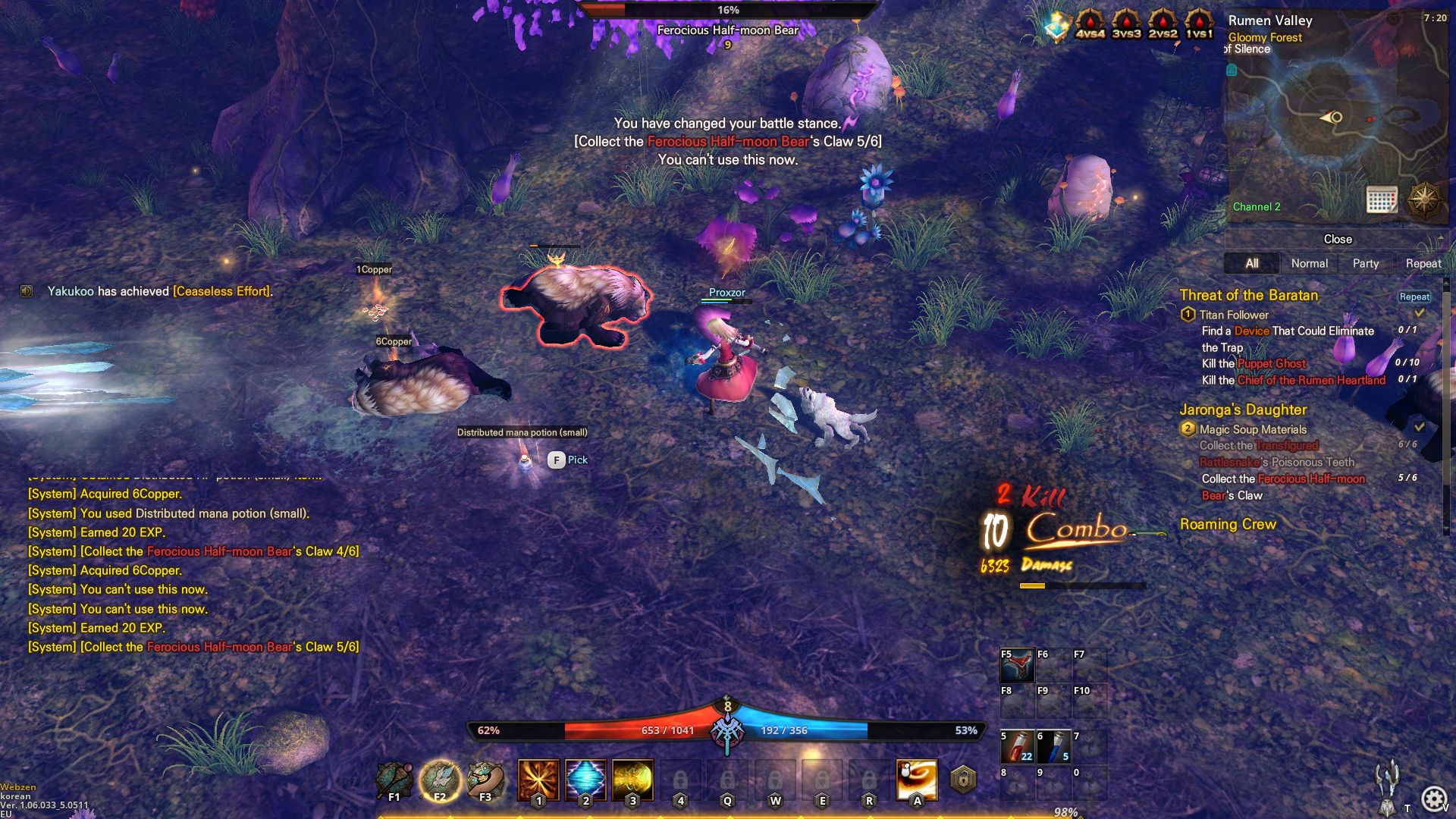 In ELOA you can also have different crafting jobs, but each character is limited to one and thus you will have to make sure that you really want to stick with the one job you have chosen, or else start from scratch. Another big gameplay feature is the Player versus Player modes. In a hack and slash game, fighting other people is usually a lot of fun. As you might expect, it plays a huge role in ELOA. Since each character has a lot of different spell combinations and specialties that you can play around with, PvP constantly feels fresh. There’s enough skill involved with character placement, and enough variety of viable skill builds, that PvP stays fresh even after multiple battles. You can play arena battles with up to five people against five others and sometimes it can be a bit of a chaotic thing.

ELOA is a simple hack and slash game that stands strong within its genre. The gameplay is extremely fun and having to try out the different specialties with each class is a nice touch to a game like this. Paired with beautiful graphics I can already say that this game is going to be a big success. If you can look through the bad translations and a few other minor beta glitches, then ELOA is everything that you might look for in an Anime MMORPG. The gameplay itself is addicting enough that I see myself coming back to play some more at official launch. The closed beta is a success and the open beta is coming, if you are a hack and slash fan and love team PvP, you should definitely check ELOA out when the servers open up again.