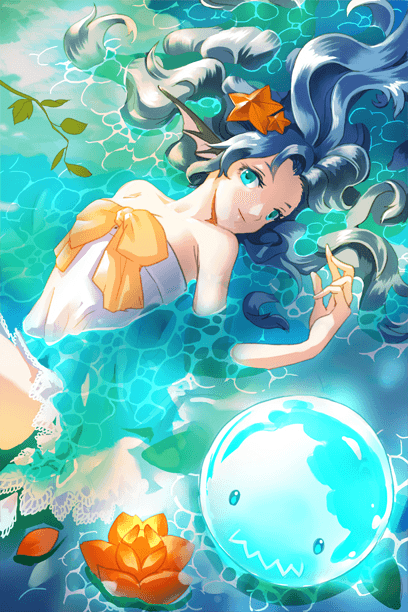 Joycity has released Elemental Wings, a mobile game featuring a combination of vertically scrolling flying shooter, collectable card game, and RPG genres. Having once reached the #1 position in the popular new games category and the Top 11 in revenue ranking during its launch in Korea, Elemental Wings is now available for players around the world. In Elemental Wings, the player takes on the role of an “Elemental Wing,” whose task is to fight corrupted Elementals threatening the world where Elementals and humans once peacefully coexisted.

Players can control their characters by simply swiping left and right to dodge enemies and to collect “orbs” which activate the skills of equipped Elementals. Players can also “summon” and “evolve” Elementals of fire, water, and light to assemble the best possible party for each battle, adding a new layer of depth to the casual shooter. The game also features a social element, in which player can also invite and take along friends’ Elementals for extra help. Each Elemental card is beautifully illustrated, and endowed with different personalities and skills that befit their types, whether it’s fire, water, or light.

Until June 24, Joycity is offering various rewards to players joining in on the action early. Players who reach levels 5, 7, 10, 15, and 20 will get Gems, the premium in-game currency of Elemental Wings. Players will also get double experience points and Gold (soft currency) if they sign in during certain hours each day. In addition, players will receive 10 Gems for each day they play the game until June 24.

The game is available on App Store and Google Play.