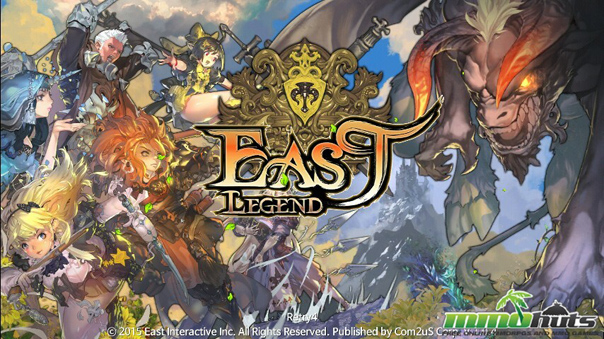 We’re all familiar with the saying that goes, if it ain’t broke don’t fix it. In the Video Games industry, we’re used to that saying when we get one rehashed sequel after another from companies who wanted to make a quick buck with minimal innovations.

On the other hand, we’ve had some companies who made the right choice of sticking to what works with their older titles to create a whole new game using the best elements of previous versions. So we now have Com2uS’ action title, East Legend. East Legend is now available in the west on iOS and Android as of today, though I’ve had a head start on the action from my location in Southeast Asia.

East Legend revolves around a re-imagining of the journey to the west story where you follow the exploits of a priest who meets his version of Goku as they look for the chalice that saves the world from demons. The story then takes a liberal take on the whole journey from there more or less making it into a more generic world saving storyline experienced gamers are all too familiar with.

Moving along the cheesy, ham-fisted script, the game takes on an isometric side-scroller beat em’ up where you send a team of four to instanced stages to face off with AI controlled mobs. Each successful raid nets you the usual random item-but-definite-gold/experience drop that you can use to further increase the base stats of your team.

The game requires you to heavily invest on a certain number of units to increase their levels and base stats in order to progress further in the story. Each unit you’ll be using has a certain set of active-passive skills that you can use and upgrade as you go along the game’s story mode. 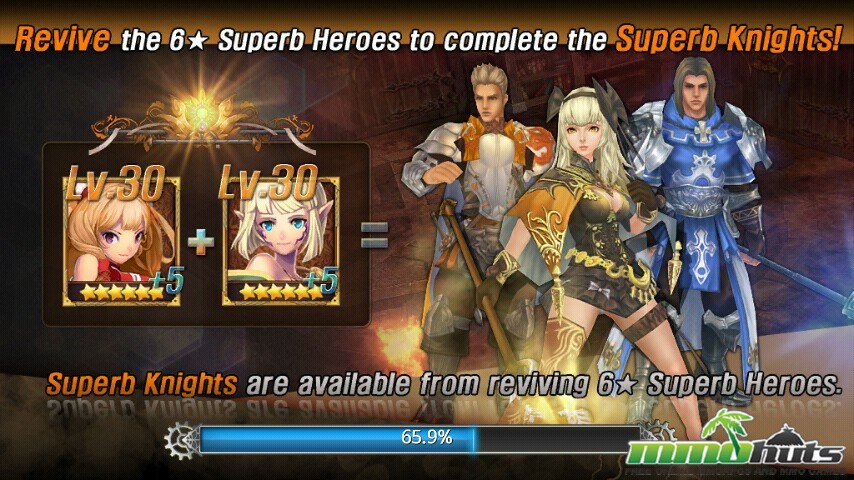 Veteran mobile games should know the cash shop just from this image.

The other half of your time spent playing East Legend is choosing which units to sacrifice in order to further push your quality units to the next level. This is a bit more detailed than your typical sacrifice to grind mobile RPG game in that you need to manually increase your unit’s skills using skill points rather than getting preset upgrades at certain milestones like normal.

Each unit you get has an affinity that follows the typical elemental strength/weakness system where one element is strong/weak against another.

East Legend’s unit leveling/strengthening system puts emphasis on mixing heroes to create stronger ones. In fact, the ultimate heroes are obtainable through maxing out these lesser heroes to combine with maxed materials’ levels.

Not satisfied yet, Com2uS offers another route for further empowering your team. Units can be equipped with various gear that can be purchased or found as random drops in dungeons. This gear even has set bonuses to reward you for the trying task of acquiring every piece of an armor. 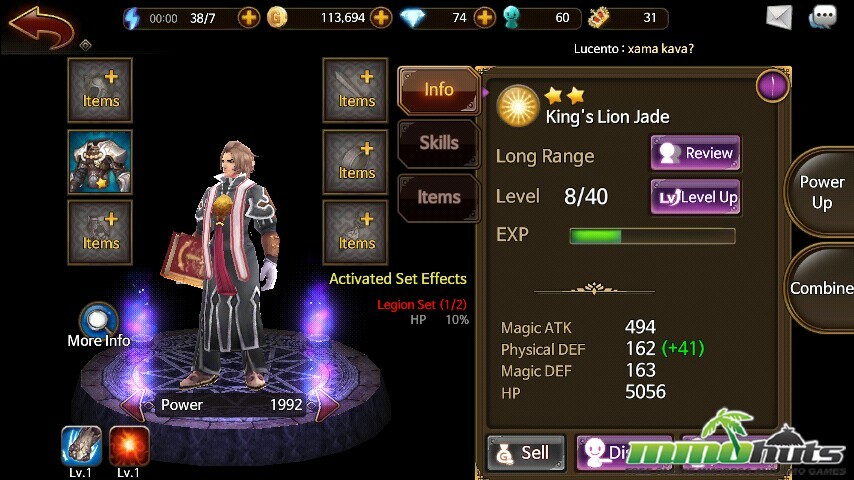 Acquiring a full set of gear is a bit of a pipe dream.

Also, you can increase the equipment levels (normally up to level 10) and get a higher rarity and stronger weapon just like your units.

With everything that’s been said about East Legend’s systems, I must say that this may sound quite familiar to a title I previously reviewed from Com2uS. Yup, it’s a rehash of the highly successful mobile game, Summoner’s War.

In Summoners War, you can combine not just units to acquire stronger units, but also add “power-ups” that you can equip on your monsters and further evolve with rare runes.

Normally, adopting game systems from two different titles that are different in genre as well as gameplay is a bad thing, but in this case I think Com2uS made the right call. East Legend’s out of combat gameplay badly needed this system to become a more engaging game overall.

Of course the downside of having almost similar systems is that people already burnt out on Summoner’s War may quickly feel the game fatigue of playing with the same systems in East Legend. For me at least, the new battle system was enough to keep the game fresh.

So moving to the game’s battle system, you basically have control over one of your teammates in the instanced dungeons. You have the virtual direction button as your main movement controller and access to your unit’s skills on the lower right side of the screen. 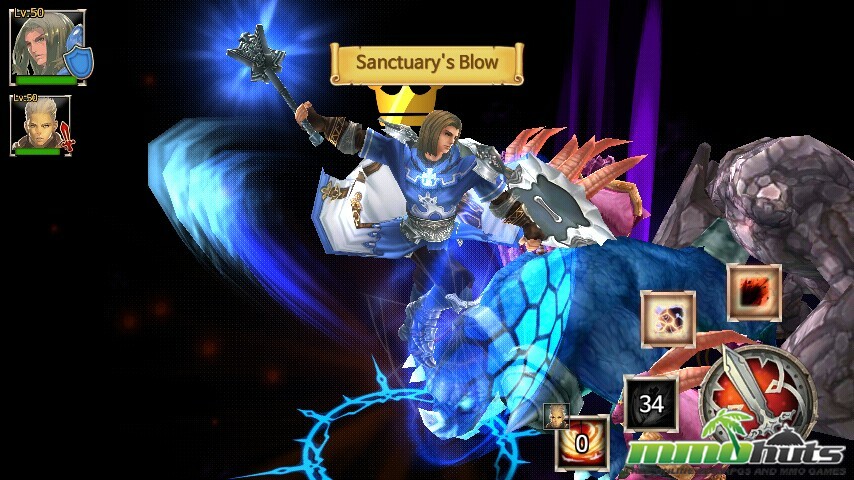 For a mobile game, the combat system is on point.

Depending on your unit’s available skill set, you have options aside from auto attacking. Using skills will have you be invulnerable for a time as the skill is used, offering skill use as a secondary defensive tactic to soak up a concentrated assault from AI foes.

You can in fact switch between heroes as the battles rage which enables you to adjust to the situations as you see fit, utilizing specific skills when needed to turn the tides of war.

PvPing on the other hand puts you in arenas fighting against player teams in asynchronous battles much like in Summoner’s War. You are given a list of opponents you can choose from and fight against them with the winner determined by last team standing standards.

East Legends awards PvPers with the daily bonus (if you join 3 arena battles) and random drops of equipment or leveling items.

I must say that I really, really think it was a wise decision from Com2us to use what worked in Summoner’s War, combined with the new more engaging battle system of East Legend. Not only did it add an integral element to the whole experience, the game’s replay value increased similar to Summoner’s War.

Still the whole East Legend experience was fun regardless of the similarities. However I must say that the game tends to become a tedious dungeon grind, especially in the latter stages of the game. The opponent in fact turns from dumb easy AI fodder to stupidly strong mobs in a heartbeat. While looking at it positively, this puts more emphasis on you to spend some serious time strategizing your team before progressing in the story. Though if you’re a skeptical gamer, this game design is obviously just a stalling mechanic while new content is developed and localized to extend the end-game.

However, with that said, East Legend is a surprisingly good title from Com2uS. While I personally think that this won’t reach Summoner’s War levels of longevity on my phone, this is a good respite from all the sim, strat, and eTCG titles that have saturated the market.

So if you’re looking for something action-oriented, East Legend is a good title to jump into.