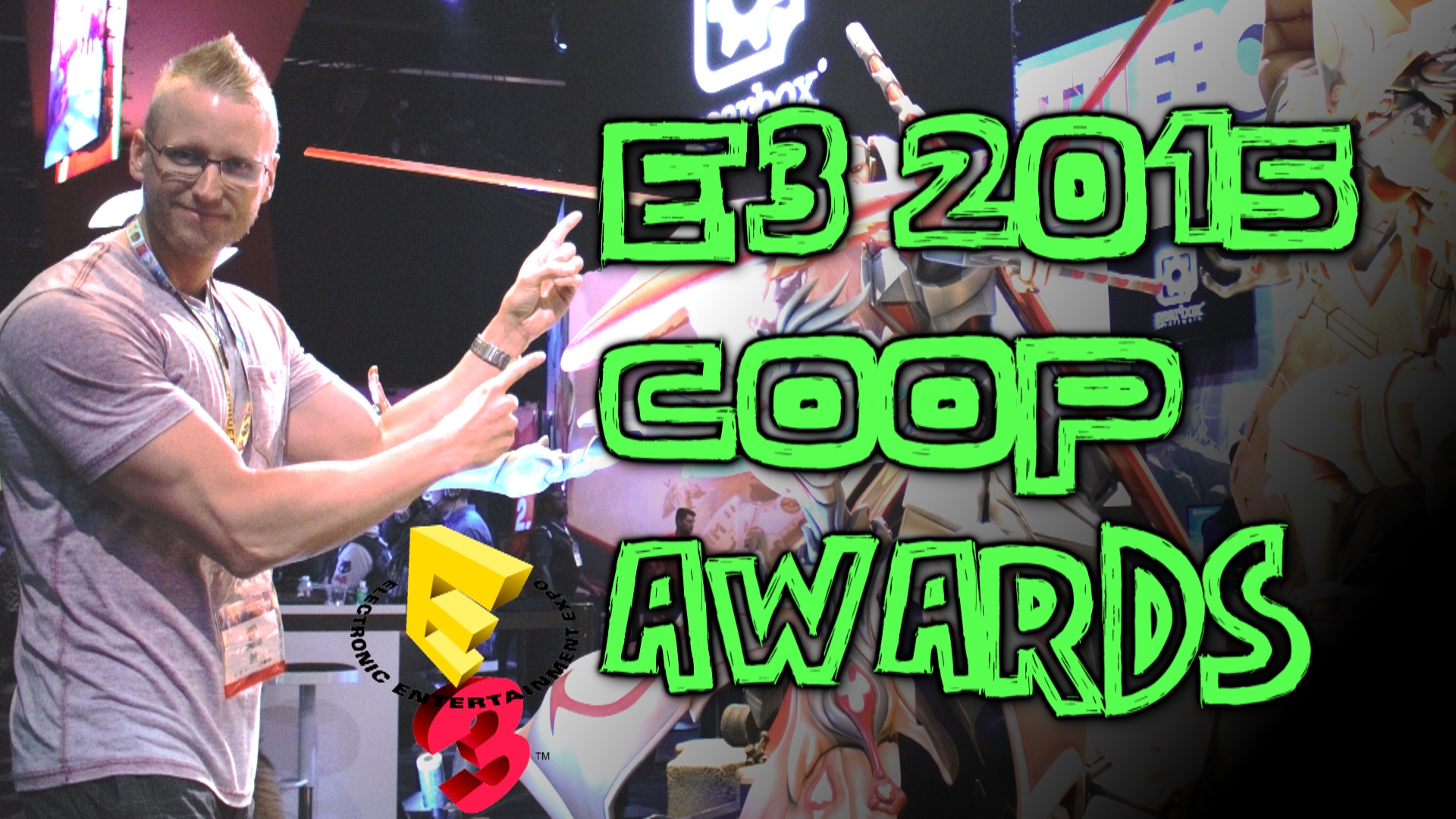 Another year’s E3 convention has gone by. Now the dust has settled, our war stories shared, and quiet had returned. I finally had time to sit down with our team both at the show, and our editor assistants that kept you up to date with the latest and greatest news from home, to see who the real stars of the convention were. Below are our picks for the top MMO and Co-op games at the show.

For the record, all games selected are games we talked to developers on, and went hands-on or into in-depth Q&A on. Some titles may be overlooked, but its not because they weren’t considered. We wanted to bring you awards based on our experience, with confirmed potential, rather than just trusting heresay of other websites and communities to base our awards on. Below awards are tested, trusted, and legitimate as far as we’re concerned! 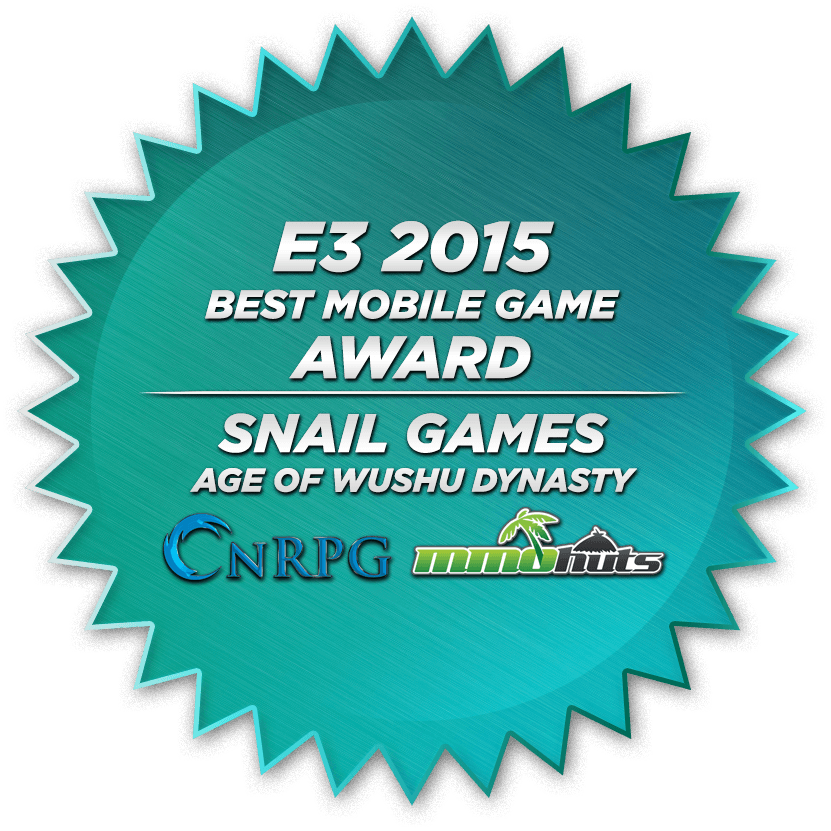 Age of Wushu Dynasty– Mixing the story and Wuxia elements of Snail Games’ iconic sandbox mmorpg, Age of Wushu, with the intense and well-optimized mobile combat controls of Taichi Panda, Age of Wushu Dynasty is in a league of its own. This game is too good to be a free to play mobile game. Real-time multiplayer dungeon runs, beautiful graphics, smooth controls, deep progression. The future of mobile gaming is here, enough said.

Runner-Up
1. Siegefall – Siegefall is the first mobile game we’ve been able to call a CoC killer with a straight face. OK fine we giggle like school girls every time we call a game that, but its besides the point. Siegefall isn’t just trying to emulate Clash of Clans, they’re fully intending to do it all better. Strong visuals and tactical fun gameplay are going to power this game up the mobile charts fast.

2. Torchlight Mobile – E3 offered the first ever chance to see the in-development state of Torchlight’s mobile debut. While the game’s theming has taken a distinctly Asian twist, the core quality of Torchlight is still quite apparent. Its controls are the smoothest I’ve ever experienced in a mobile ARPG, rivaling even Taichi Panda in ease of use. All that’s currently holding it back is how early in development it still feels, and the limited choices of class and customization options. Still this one could turn out to be quite the gem given enough incubation time, and definitely deserves a mention in our E3 awards. 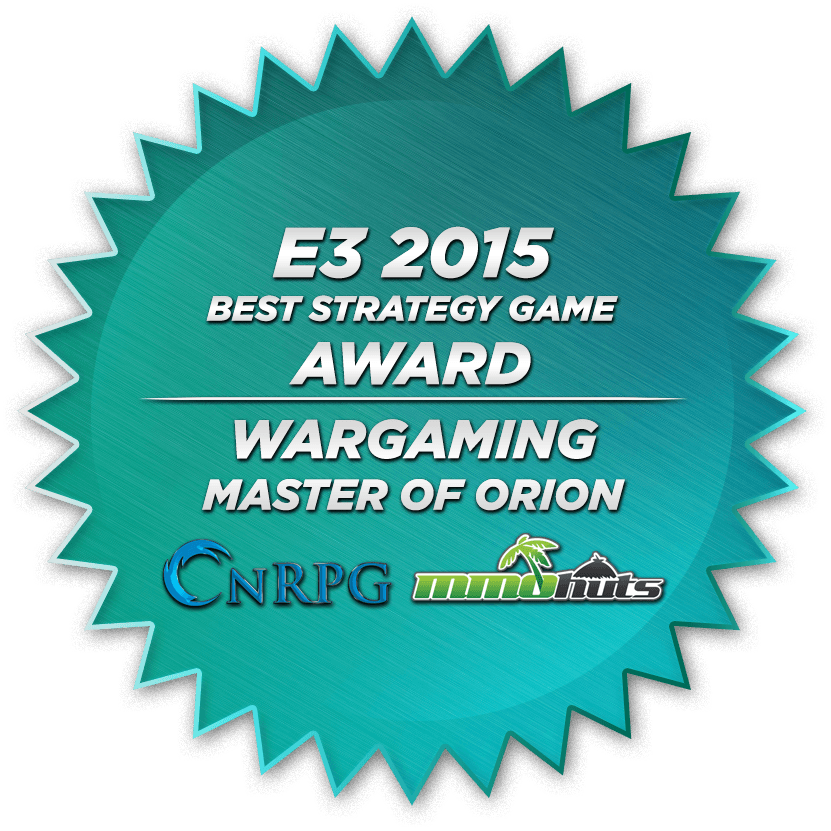 Master of Orion – I still haven’t wiped the smile off my face at Wargaming’s epic surprise reveal. Master of Orion invented the 4x strategy genre, and now they intend to put the exclamation mark on it. Powerful quality of life elements will draw you into believing this world, roleplaying your place in it, and sinking far too many sleepless nights into it than any non-4x gamer has the stamina to. To be our best strategy game at the show in an alpha state says something!

Runner-Up
1. Civilization: Rising Tide – If you know anything about modern Civilization games, it’s that they tend to not come into their own until 2+ expansions post launch. Well expansion number 1 is about to arrive, and its new biomes, new civilizations, new improved aliens, and vastly improved diplomacy are certainly steps in the right direction. I’m hesitant to say the red-headed stepchild of the Civ series is now masterpiece level, but its certainly going to be a solid enough package that can hold its own against any remaining criticism. 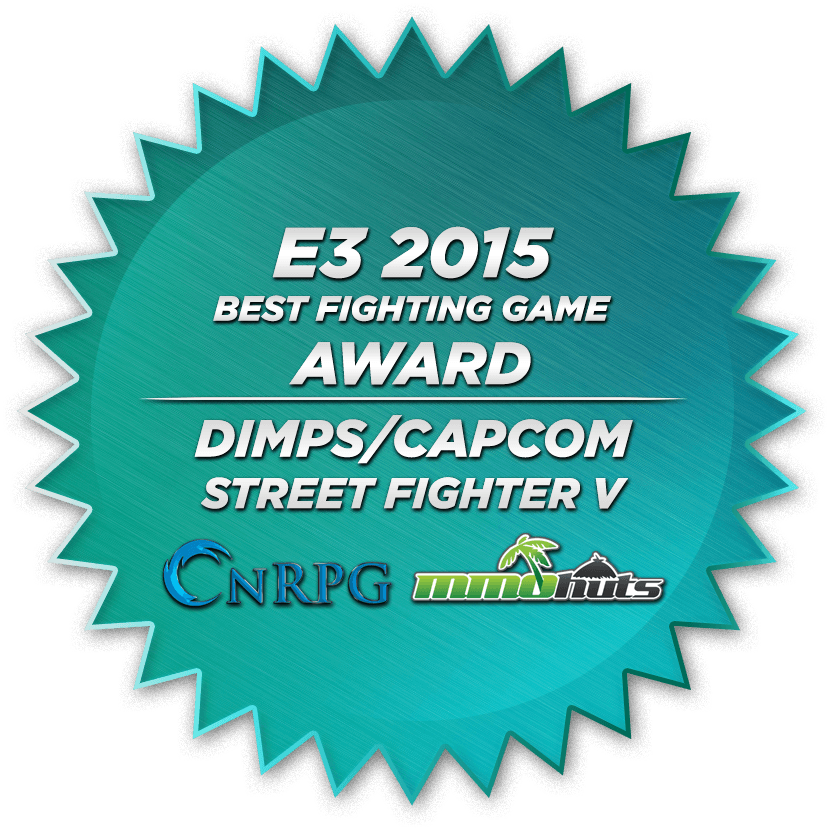 Runner-Up
1. Naruto SUN Storm 4 – Outside of the core fighting genre, there was at least some light for the genre thanks to Bandai’s hidden away booth. If you’re more into 3D fighters, or just need a strong dash of Anime to motivate you to play, they had it on lock. None more so than Naruto SUN Storm 4. This game has aged well, refining itself more and more with each sequel. Now with next-gen graphics at its back, a massive roster of characters, and hundreds upon hundreds of Naruto episodes to build upon, you can expect SUN Storm 4 to be one of the best Anime 3D fighters ever seen.

2. Saint Seiya: Soldiers’ Soul – On the more obscure side of the spectrum comes Saint Seiya: Soldiers’ Soul. Working off a system that feels like a more (literally) down-to-earth Dragon Ball Xenoverse, Saint Seiya offers a bit more of a technical fighters twist while keeping players on the ground for less annoying Y-axis restricted gameplay. Story mode is confirmed with voice acting, and multiple renditions of iconic characters from the story. Special abilities are simplistic to activate, making gameplay beginner friendly without being so easy its boring to veterans. Of course all special abilities are just as cinematic as you’d expect from the anime, whether you’re an old guard fan of the original, or just tuning into the new series. Saint Seiya is pretty blunt with its approach, but its going to deliver fans of the series exactly what they’ve been waiting for all these years. 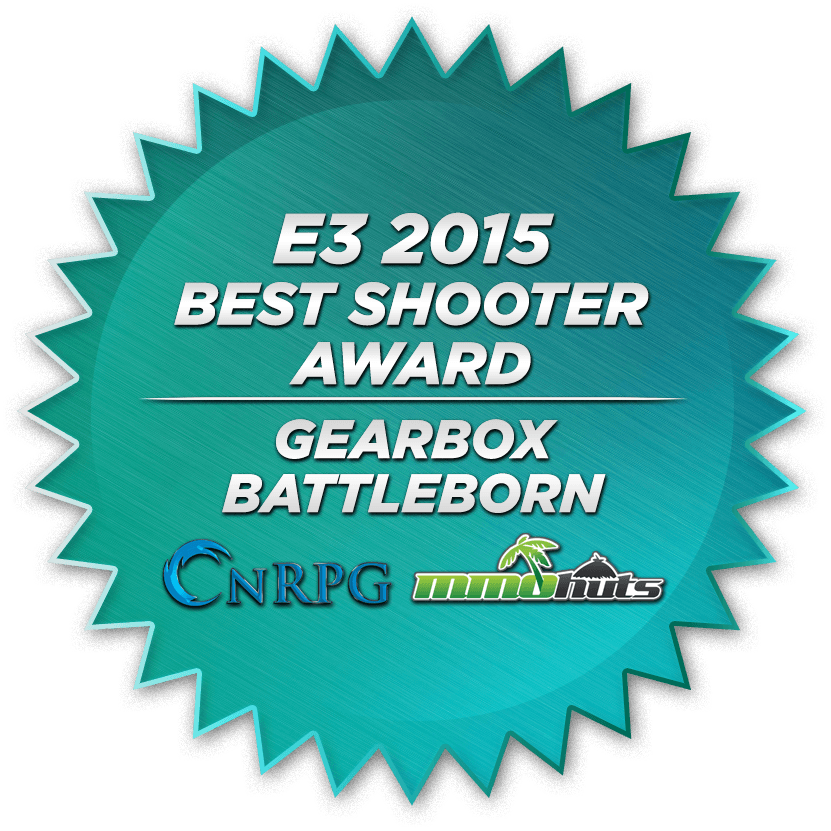 Battleborn – Sometimes it just feels mean to compare standard shooters of all varieties to something that comes from Gearbox. While the Doom hype was strong, the game itself was no where to be seen on the show floor, leaving the competition sitting around as their stars burned out one by one. Battleborn’s star isn’t going anywhere anytime soon. This is classic Borderlands gameplay scaled up to 11, with optimization done where needed, and graphics reduced a bit in comparison, to make larger more competitive gameplay possible. The game is funny, the controls are a roller coaster ride of adrenaline, the narrative sucks you in, and we haven’t even touched on the PvP yet! Needless to say, Battleborn is here to show the world that the shooter genre should never be underestimated.

Runner-Up
1. Star Wars: Battlefront – Honestly Star Wars: Battlefront just didn’t live up to our expectations. Sure they were unreasonably high expectations that only their hyper hype E3 trailer could create. But once you get over the fact that you’re an actual Imperial or Rebel soldier in a perfectly recreated representation of real Star Stars battles, it inevitably dawns on you that you’re in a reskinning Battlefront game with a few bonus scifi twists. Don’t get us wrong, this game is fantastic, and one of the best things we saw at the show. But man the shooter genre brought some serious competition to E3 this year.

2. Strike Vector Ex – This sleeper game is going to rock consoles, hard. Why it isn’t getting more attention is mind boggling to me. Just four minutes behind the controls, and I was having flashbacks to leaning around in my beanbag chair as a kid playing Star Fox and Star Fox 64. Except I’m an angry jaded old man now, and still was giddy with raw adrenaline. You know a game is hitting its mark when even the developers react in excitement and surprise to your gameplay. Strike Vector Ex has fixed the main issues with its initial Steam PC launch. If you can handle a little motion sickness, and the feel of fighter pilot level blur effects, Strike Vector Ex has a hell of a good time waiting for you. 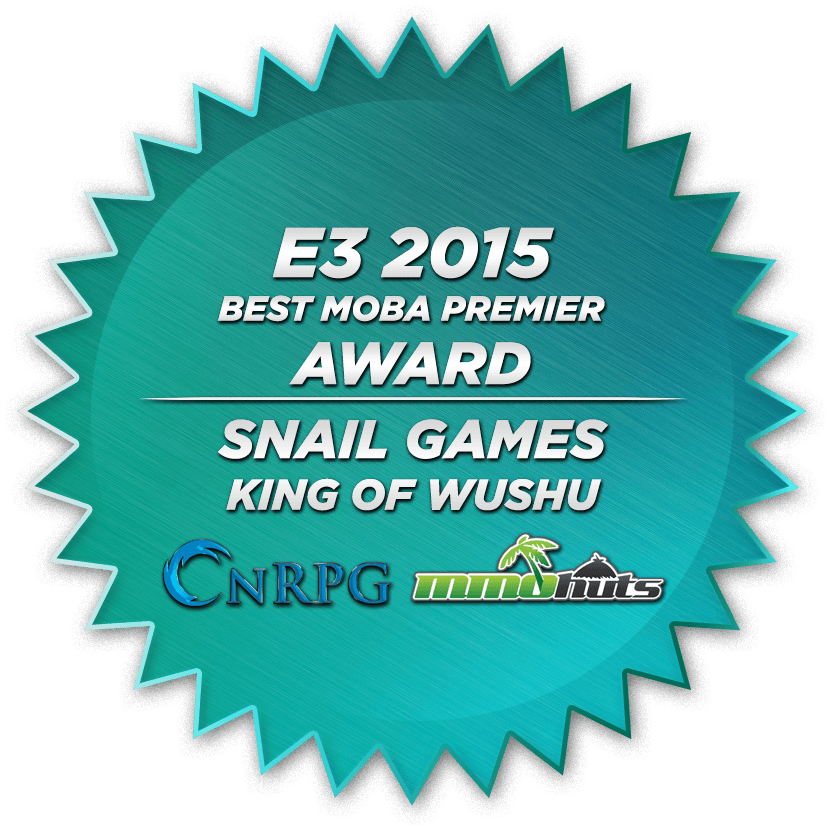 King of Wushu – It’s no secret the MOBA genre is hitting hard times. If you’re not one of the big 3, or have an unusual hook like being mobile, you won’t last long. Thankfully King of Wushu has the ultimate hook as being the first game in some time to tackle the third person perspective take on the genre. In terms of character models, this is the prettiest looking MOBA of all-time, sporting DX12 characters that dazzle with free flowing cloth rivaling the best of the next-gen titles. The game still has a long way to go to break into the big 3, but its all I saw at the show that had a chance.

1. SMITE Xbox – E3 2015 was the first time we’ve seen SMITE Xbox without the alpha label on it at a convention. Seeing their newly redesigned Arena mode in full next gen graphics goodness is quite a treat! It’s still the same MOBA I’ve personally been playing for over three years now though, and well established in the Big 3 of MOBA gaming, so not enough of a big deal to steal the show. SMITE is excellent, and just keeps getter better. As the first of the Big 3 to break into the console market, I expect SMITE’s playerbase to continue growing way out of control. This should be the one to show MOBAs can work on console. Though I still think its systems have a bit to go to translate the gameplay properly to work on a controller just as well as it does on a keyboard.
2. Ace of Arenas – GAEA’s premier mobile game in the west is the solid package. It offers everything MOBA junkies want from itemization to champion variety to RPG progression while maintaining balanced gameplay. All this in pretty and clear to understand visuals with 1v1, 2v2, and 3v3 battles with much shorter gameplay. It’s fast MOBA play without feeling dumbed down. Finally someone besides Vainglory is getting the formula right! Its controls are ideally built for mobile, assuming you have a medium to large sized screen. The UI works, and works well with some practice, and the choices on tap are pure quality. Its clear this game has experienced some refinement since its limited Chinese release, and I look forward to seeing the polished final product brought to the west. 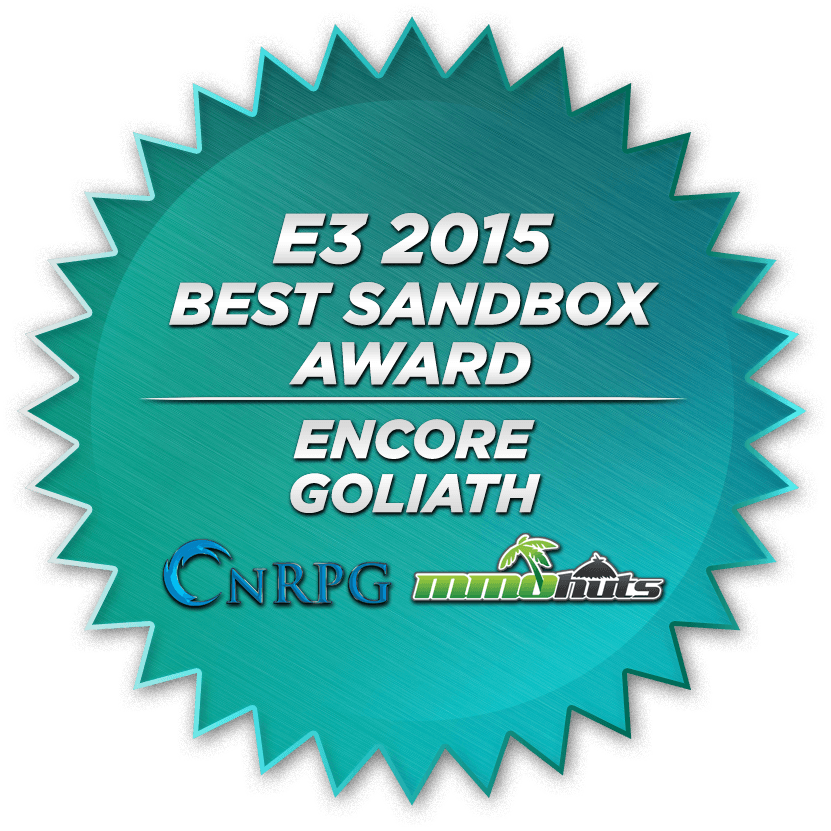 Goliath – From zero to hero, Encore came out of nowhere with an evolution of Don’t Starve style gameplay. Built from the ground up with co-op gameplay in mind, customization at the forefront, and crafting as the enzyme that sets it all in motion, Goliath offers solid sandbox gameplay chalk full of innovation and fun. The world is procedurally generated for the purpose of impacting gameplay more than just visuals, as your custom built golums will react to extreme heat and cold of its surroundings in surprising ways, not to mention the enemies AI will react differently as well. In a freeform setting, this all alone would be enough to take the show, but their inclusion of dynamic faction reactions to your decisions that impact the progression of your story and how enemy AI reacts to you really pushed it over the top.

1. Shroud of the Avatar – While $6.5 million in crowdfunding won’t buy you next gen graphics and animation, the mind of Lord British can certainly pump it full of everything an old school D&D player could dream of. Whether playing by yourself in offline mode, or with a massive server of friends, Shroud of the Avatar puts the key aspects of adventure gaming back into the MMO genre. With the whole game built around player driven interaction and trading, and a reputation system seemingly more advanced than any in the MMO scape, its good to see a Kickstarted MMO is finally ready to take center stage.

2. Life is Feudal – Battling for roughly the same audience as Shroud of the Avatar comes Life is Feudal, offering a more realism driven sandbox adventure. Graphically its a bit more pleasing, and its sandbox elements are the more in your face realism that we’ve come to know from this genre. It’s been a long hard road for Life is Feudal, but their efforts have not been in vain. The E3 demo was already the ultimate medieval sandbox adventure, so we can only imagine with a few more months to polish how much potential this game has left to unlock.