Going into E3 this year, there was only two things I knew for sure about World of Speed. The game is beautifully realistic and free. Certainly a good start, but not enough to draw a profitable crowd on its own in the incredibly competitive and small genre on PC racing games. But it had one major factor in its favor. PC racing games typically have been pay to play or free to play, but built on monetization systems that seem archaic versus the level being offered by MMORPG counterparts. Getting nickelled and dimed for every car you buy and every repair job you need has just been par for the course on all but a few titles, and the games offering somewhat fair systems were often limited either graphically or in scope of features. Well if World of Speed delivers on its promises, it’s posed to be the perfect racing game for the modern generation of free to play PC titles. 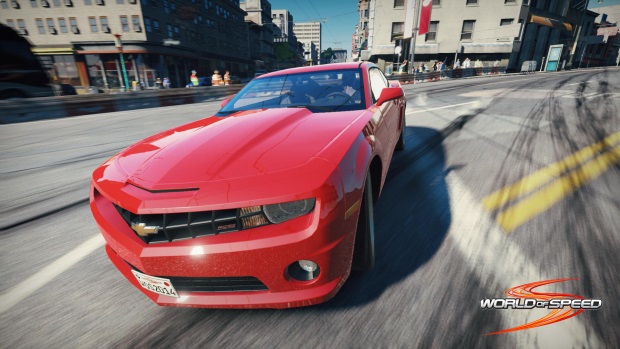 First up, you’ve got real cars racing around real locations with various times of day and weather patterns. Now before I scare any casuals away, I want to point out that the controls in this game are a somewhere in the middle of arcady and simulator, with a slightly higher lean towards arcady. That means you can whip around a corner at full speed, slam into the wall, and not be so wrecked that you can’t finish the race. Sure your car will look ugly as hell for the rest of the race, and you’ll be paying a heavier repair cost to get your car back in tip top shape before the next race, but you won’t just explode in a fiery crash.

This is important since World of Speed has plans for introducing racing elements outside of the ‘you’re either first or you’re last’ mentality that most titles are stuck in. Rather they’re going outside the box and introducing some MMO quest elements to the game in the form of challenges. Your challenge might be to finish first, but you may also find yourself taking out mailboxes, catching a perfect draft, or hitting above a set high speed, or successfully drifting around a certain number of turns. This takes on an even greater MMO feel when you introduce the racing team system into the mix. 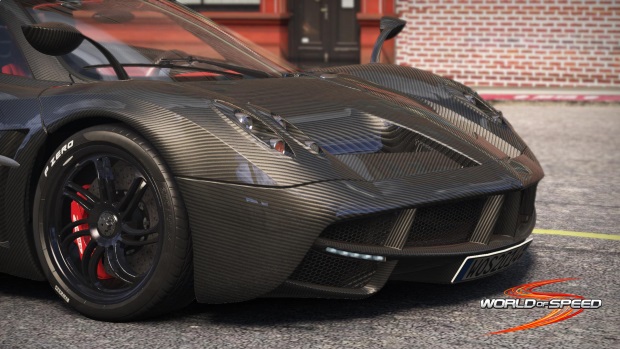 See, locations in World of Speed are up for grabs in some kind of racing gang war. As such there will be team versus team competitive events that will pit cars in a four versus four battle to accomplish the maximum point value to conquer an area. And while finishing as quickly as you can is a major deciding factor in these battles, in close contests the team that succeeds in completing the most challenges may tip the scales in their favor even if one of their vehicles wasn’t first across the finish line. As an added competitive twist, each player will be able to track the challenges of rival vehicles and may attempt to slam into them to throw off their rhythm to prevent their successes. Defensive as well as offensive driving becomes the name of the game and suiting up your racing team with various roles adds to the MMO element. 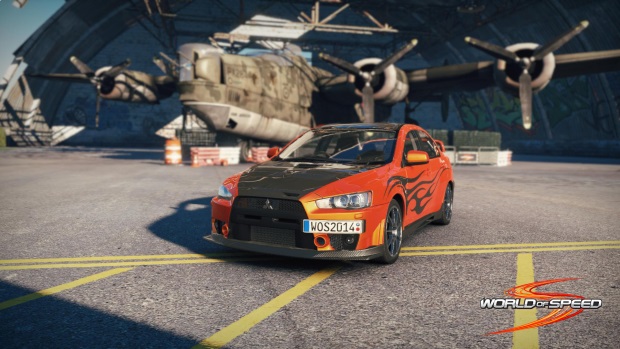 For example, say you are trying to build out an ideal team for a challenge. You know the event will take place on a rainy course with plenty of turns. If the team is worth their salt, they should have a car in the garage that specializes in control over top speed to adjust accordingly to the weather. Or at the last have some part swaps on hand (in other words their raid gear) to load out their vehicle with more appropriate stats to the race. If there is a drifting challenge involved, one car may want to go extra heavy into the grip factor on their vehicle to avoid spinning out in the process. Another car might want to be equipped with some nitrous boosters to have a shot at staying ahead of the pack to bring in first place. A third driver may want to pick up an American muscle car with high weight and sturdy handling to act as a wrecking ball whenever enemy drivers aim to complete challenges. The last driver likely would be fitted with decent acceleration so they can dodge and weave with a rival car to complete their drafting challenge. 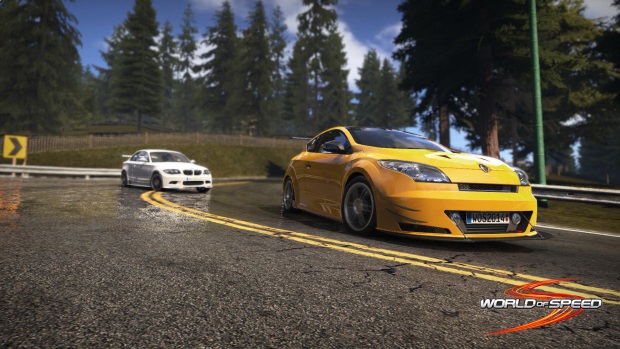 The nice part about this part system is that, unlike most racing games that force players to rush to the most expensive parts and look like everyone else to stay competitive, World of Speed offers a wide variety of itemization offering boons and banes to ensure there are multiple valid choices. Just like a tank building damage or defense in an MMO, your choice of parts will help define who you are. Meanwhile you can paint up your vehicle with extreme detail, and even include your team logo or establish a team color scheme to build a reputation. That way when your rivals see your team flag flying all over the track in regions you have under your control, they will feel the tinge of intimidation from going up against you. Or perhaps the motivation to improve and take you out! 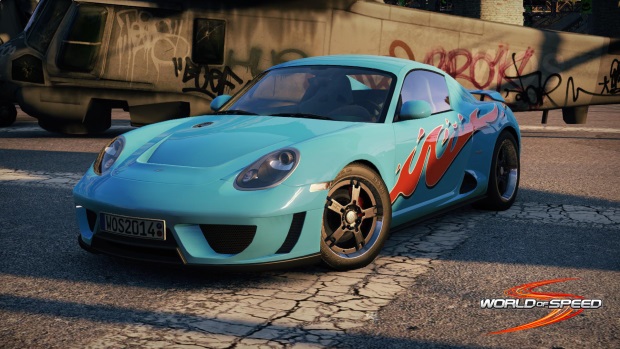 With dozens upon dozens of tracks to master, each with a variety of racing conditions and hidden shortcuts to find, one of the largest roster of cars ever to grace a PC racing title, and enough cross-over elements from the MMORPG genre, World of Speed is sure to turn some heads. And best of all, it sounds like closed beta is right around the next bend.