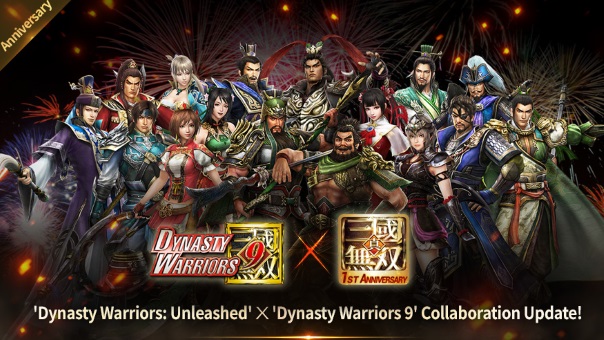 It’s already been a year since Nexon Korea unleashed the ARPG, Dynasty Warriors: Unleashed. To celebrate this success, they have announced a collaboration with Dynasty Warriors 9. Players can also participate in several anniversary events, anniversary gifts, and a new Dynasty Warriors 9 collaboration mode. Players who recruit Xin Xianying up until Friday, April 20 will be awarded a 6★ Anniversary Chest (Gold). Train her to Level 90 for 5 Sacred Skill Scrolls (L) and transcend her for 1 piece of Arcane Ore. The ‘Red Star’ Edicts in the Edict & Chest menu allow players to recruit transcended Officers (1☆~6☆) all starting with Level 60!

·        Xin Xianying – The highly anticipated character, also known as “The Wise Heroine” and “The Grace of Jin” arrives as the latest addition to the Dynasty Warriors universe;

·        Guild Assault – Guilds can now compete in an epic war for ancient China’s most prosperous cities.