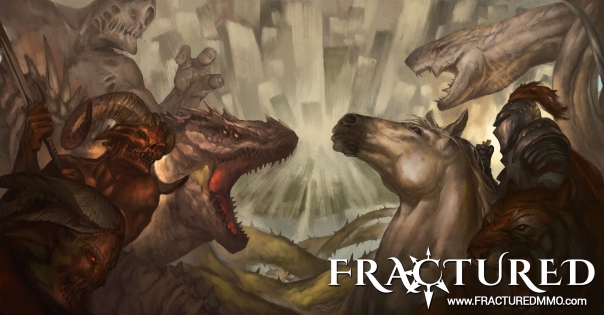 It’s hard to reinvent the wheel, but Dynamight Studios aren’t adverse to a little hard work. They released their third Feature Spotlight for the upcoming sandbox MMORPG, Fractured. This time the design journal gets into the details of one of the features most anticipated by the community: the Knowledge System, Fractured’s unique way to character progression. There are three important design principles/pillars to this system: Allowing new players to be competitive from the start, in both PVE/PVP. They want to offer a level playing field with as few power gaps as possible. Conversely, they want players to have long-term objectives for development, which is without a doubt a huge draw for MMO gameplay. The second is to make character progression as natural/varied as possible, promoting exploration and creativity, while also discouraging the concept of grinding. Finally, they want players to be able to change their build before any adventure, so they can play whichever role they need/wish to, changing their role on the battlefield if they wish. The only limits are the strengths and weaknesses defined during the character creation process, without having to spend money to become powerful.

In the words of Dynamight CEO Jacopo Gallelli, “the Knowledge System is out to mix the long-term progression of an MMO with the versatility and replayability of a MOBA. The ultimate aim is to create a third way of character progression, different from both level-based and skill-based systems, which can be defined as the first accomplished example of horizontal progression in an MMO”.