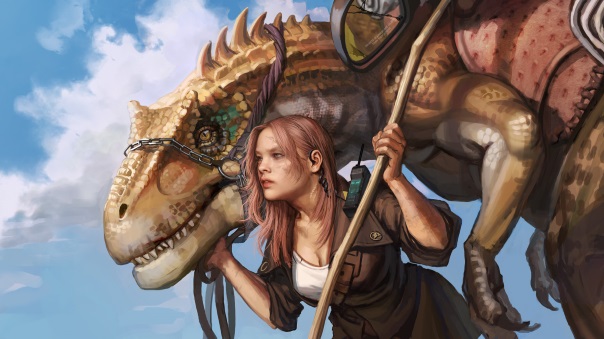 Nexon Korea has announced that gamers can now register for the Durango Limited Beta.

Durango, a sandbox MMORPG filled with dinosaurs and primitive survival, will begin limited beta testing on December 14. Beta keys will be distributed worldwide (excluding Japan and mainland China), and players can register on the Durango website.

During this limited beta, players can learn to tame and ride dinosaurs, customize characters with clothing and colors, build villages with other players, and battle against rival clans.

As one of the developers behind the popular MMO PC game Vindictus, Eunseok Yi’s What! Studio will thrust players into an unknown world where dinosaurs still roam around freely in Durango. Players will get a glimpse into a beautiful, but dangerous world where survival is the number one priority. Jampacked with a fully-immersive and interactive experience, players will lead their characters as they learn to build communities, hunt, scavenge and battle to keep their clan alive in the foreign land plagued by rival clans and dinosaurs.