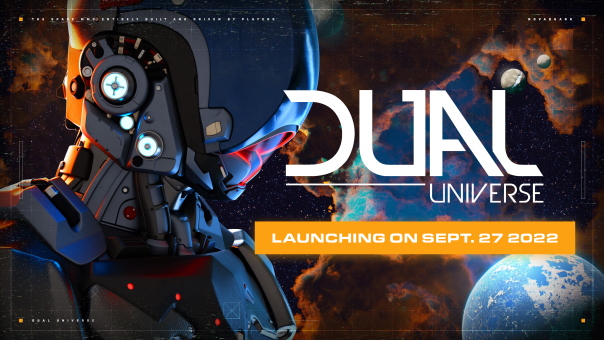 After eight years of development, developer Novaquark has announced that ambitious, multi-planetary MMORPG Dual Universe will launch September 27 on PC via Steam and on the game’s official website. This will mark the first time the game will be available on Steam.

Dual Universe is an innovative single-server experience shared by everyone. Players are able to build almost anything as they participate in a player-driven economy, form organizations, and wage war with one another. Numerous improvements and new features have been implemented during the game’s beta period, including space warfare, new VFX, asteroid discovery and mining, space markets, automated mining, a new first-time user experience, visual and performance enhancements, and more.

Curious sci-fi fans will be able to enjoy the newly-announced free trial at launch on Steam, on a separate server. Previous players of the game will also be given a free 2-week long opportunity to come back and see the improvements of the game by themselves, while all players with an active subscription will have access to a Talent Point (XP) booster for the first six months after release.