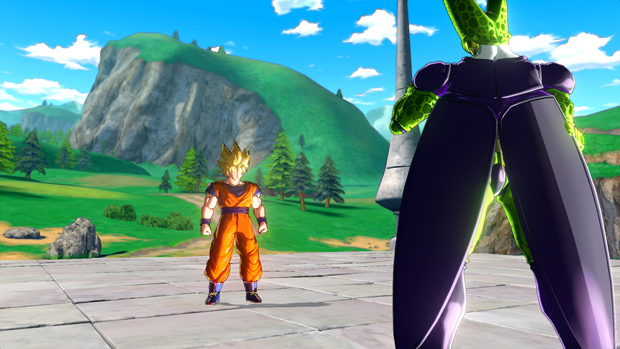 This past weekend I had a blast from the past, and not because I went back in time, well I did in a way, both figuratively and literally, since I bought into the new Dragon Ball Xenoverse game. This game not only allows you to relive the greatest moments of the anime series, it rewrites the story to include you as a pivotal time warping character out to set things right with the universe, the same way Trunks did by bringing Goku heart medication in the Red Ribbon saga. Unfortunately these historical calamities changing the timeline don’t seem to be random happenstance but an active force traveling to throw off history as you know it, and it’s up to you to gain the power necessary to preserve the story as we know it, growing with epic RPG elements as you progress. Its essentially the game every DBZ fanboy stayed up at night fantasizing about as a kid, at last brought to life. But let me break down the juicy details.

Dragon Ball Xenoverse is available on all the Playstation and Xbox consoles, including the last generation consoles. To much surprise though, Bandai Namco pushed a PC version this time around, and boy what a way to kick off their presence on the PC. They clearly underestimated the demand for this game as nearly a week after release, people are still having connectivity on both the PC and consoles. Yet three dimensional Dragon Ball fighting games have been around for a decade now, so there must be something Xenoverse brings to the table to grab so much attention. 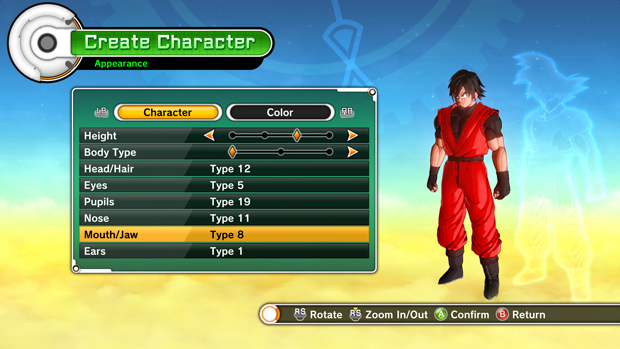 Perhaps the most obvious draw is being able to creation your own character. Beyond just customizing your race and basic look, this involves a lengthy RPG growth system as you pump stats, unlock new skills, craft items, and build out your story by interacting with key figures from the series. Yet as popular as this feature is, the devs choose to torture us by limiting your initial character creation to a single slot until you beat the story mode. This meant I had to choose my first character carefully since I’d be spending so much time with them. In the end I went with a male Saiyan since Goku and family were always so inspiration to my young mind dreaming of super powers and facing great risks. And so my journey as one of the last of this dying race began. 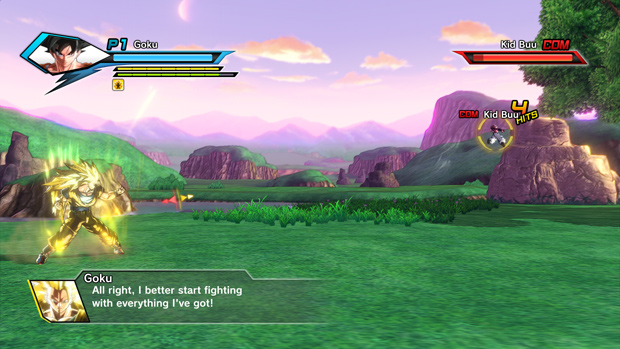 I soon discovered I was in the majority of players to make this decision. The lesser chosen races though consisted of the Majins, Namekians, Earthlings, and Frieza(ns?). Once you reach a certain threshold in the story, you can get a teaser for how other player’s characters are coming along as the hub town of Toki Toki will begin filling with NPC representations of actual players. Toki Toki connects all activities in Xenoverse into one major hub city designed to look like the world of the Grand Kais. One section contains an array of shops allowing you to buy items and crafting materials, skills, clothing, and most of the characters that you have faced and played with in the story. 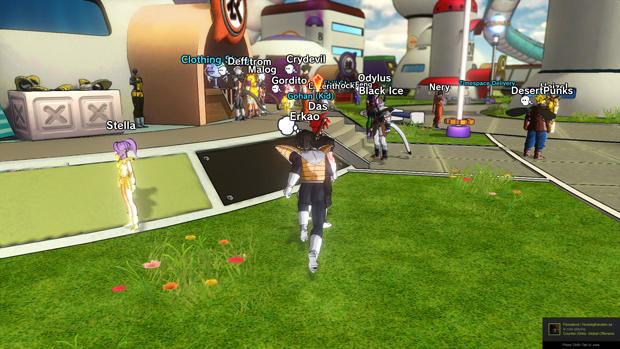 You will also be able to chat with other players here, but unfortunately the chat system is done in a rather old fashioned way. Instead of just being able to talk freely, you can only choose between around thirty chat messages that you can choose from a list. And honestly this is one of the major issues I have currently with the game besides the servers not being too happy with the amount of people trying to connect. Instead of everyone fighting each other like we normally do in MMO’s, we now get to see people spam a silly chat messages with no apparent meaning back and forth. Setting up regulars to party with is typically done through means outside the game. 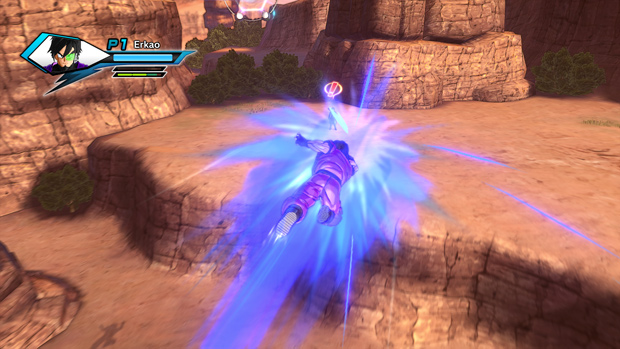 In Xenoverse you get to level up your character and dress him in silly clothes, like any quality MMO allows. The key difference between combat in this versus your standard MMO though is the insane speed of combat Xenoverse captures from the anime series. Combining this speed with the signature Qi blasts from the series can bring a tear to any true DBZ fan’s eyes. As such I built out a well rounded Saiyan to make the most of the high octane fisticuffs and powerful energy blasts to live out the full fantasy. This is easier said than done as the mastering the intricacies of combat at the speed it plays out takes some serious practice. It took me a full day’s play session, and completing the primary storyline just to feel competent with the gameplay. Even at this point my character was no where near max level (I was 40, and the max is 80), nor were my fingers fast enough to utilize my maximum potential. Even my skill list was only situationally useful and lacking a huge portion of the total blasts available in the game. 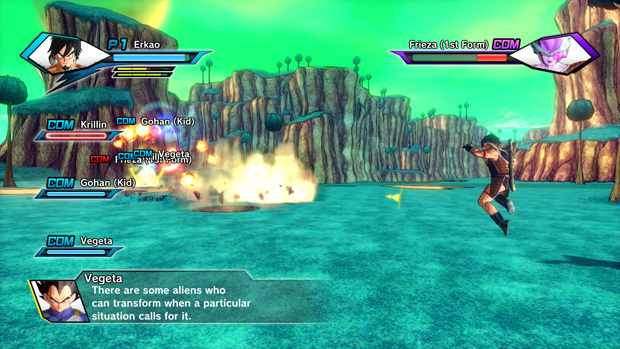 Fortunately there’s more to the game than just the main storyline. When you need to grind or just want to unlock new features, you can participate in parallel quest. These quests tend to have some interesting and challenging gameplay elements to keep them just as interesting to play through in your hunt for better rewards. Be it either a simple energy potion, clothing, skills or something else that boosts your abilities, parallel quests are not to be skipped. By doing these parallel quests you can also find the Dragon Balls and wish for many things. After thirty hours of playing this game, I have yet to do all the Parallel Quests, and have yet to get even half the rewards given from all of them. Xenoverse is full with available quests, and some of them are even hidden or rewarded for doing special things.

Unlike most fighting games that try to incorporate RPG elements, the progression you experience in Xenoverse is the real deal. The battle you might have trouble with a couple hours ago may now be a cakewalk, and the higher rank rewards become possible as a result. When you have earned enough zeni, or have been lucky enough to get new clothing from a quest, you will notice that these also boost your special powers. Your character also gets three new ability points per level, and since you can get 80 levels in Xenoverse, you might want to plan well ahead for what kind of character you are going for. Or you can be as dumb as I was and randomly put stat points everywhere trying to be a jack of all trades character. As I progressed I had a lot of problems facing more advanced enemies, to the point that I ended up hunting down all the dragon balls to wish for a stat reset. It was a massive time sink, but even then the progression I gained from the questing and goodies I unlocked made it well worth while. Pretty much as long as you’re having fun in Xenoverse, your efforts won’t be going to waste. 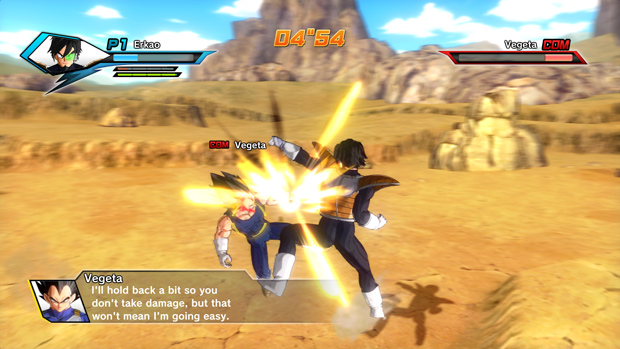 While questing for the Dragon Balls, I found occasionally parallel quests have twists in the ending when Time Patrols (the same role you are given when restoring history) interrupt your progress. These can be incredibly challenging, especially if the quest is on your character level, but still lack in comparison to the ultimate challenge of online PvP. Currently there are only a few options to do so like custom games, but there is also a one versus one rank mode in which you get to fight other Time Patrols or Dragon Ball characters for a rating on the leaderboards. This is insanely fun to do when normal questing starts feeling tedious, since its the ultimate test of your practiced fighting style and jerk reactions against another reactive learning opponent. I’m still absolutely hooked. 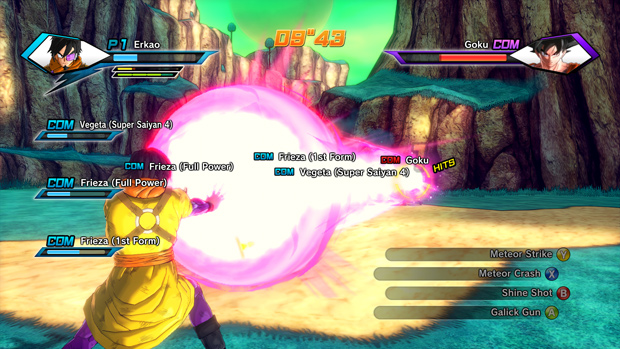 As I have said to others asking me whether the game is good or not, I am really easy to please when it comes to Dragon Ball. With that being said, I think that almost everyone that starts playing this game can’t put their gamepad down for the first five hours. Bandai Namco has done it again, creating a title that appeals to not only hardcore DBZ fans but casual fighting enthusiasts and MMORPG players alike. With custom leveling characters, nearly every ability from the anime series present, and responsive freaking fast fighting, Xenoverse can please nearly every Dragon Ball fan in the world. 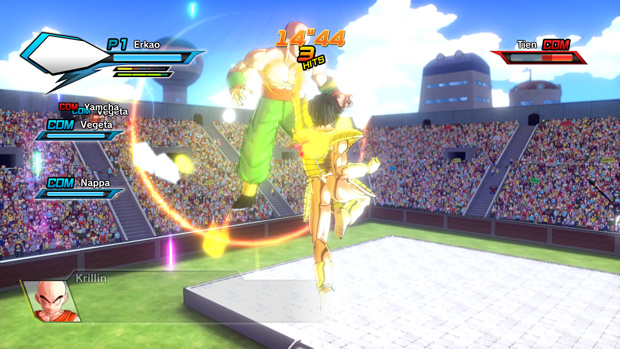 So long as you can deal with some Saiyan ass cheeks from time to time.

Hate on cel shading if you want, but this game comes as close as one can imagine to capturing the quirky DBZ anime series in a 3D setting. The skills are rendered to perfectly match their appearance on the show, and the nice touches like bruising and blood on damaged fighters bring in that bit of realism and impact to your attacks. The only negative side is perhaps the generic fighting settings, but even these seem to capture what was offered in the Anime series pretty well, particularly with the destructible environments.

Controls are a mixed bag, if you’re using the basic keyboard set-up. Considering the speed and genre, the keyboard holds up pretty well but can become frustrating with its slightly clunky nature once you start facing the tougher challenges in the game. I highly recommend picking up a gamepad to get the full enjoyment of the game, particularly if you like speed boost slamming into a target, which is nearly impossible to do regularly with only a keyboard and mouse set-up. That said, the UI is slow to navigate through and a pain in general to use.. A minor complaint, but this is really something that should be addressed in a future patch.

For a 3D fighting game, Xenoverse brings quite a bit to the table. Between competitive PvP battles, RPG elements, item mixing, clan formation, voice acted story, character customization (both visually and statistically), and easter egg hunting PvE missions, you really can’t complain. A few more options for communicating with and joining with other players would fill out the features fully, but in its current state its a solid 4/5.

The only thing Dragon Ball Xenoverse lacks in the customization department is actual facial mapping and individual body part sliders. That said the presets available are quite diverse, especially when you factor in the five total racial options with three races offering female counterparts. Once in-game your complete control over your stat allocation, gear, and Z-Power is enough to rival the customization offered in most MMOs. To have it in a fighting game is absurdly awesome.

The only positive going here is that the community is huge and many seem eager to team up with others. Though with the limited and random chat feature enabled, don’t expect to be making many true friends in this game while playing casually. As it currently stands for most players, the community exists just to add a blurring rainbow of horrible fashion sense to the otherwise lifeless Toki Toki hub world.