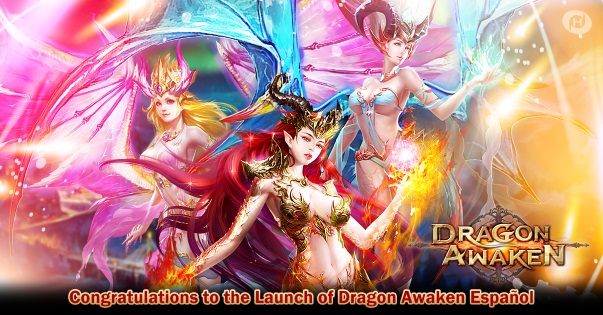 Dragon Awaken is launching a new event, system, and starting on August 1st, 2017, a Spanish Edition of the game will be on mobile and Facebook. There will also be exclusive events in-game and on the Facebook Fan Page, so it will definitely be something to stay tuned to. In addition, there will be a free in-game pack when the Spanish Edition is launched. There will also be a new PVP event called War of the Gods, and once players hit level 40 they can enter the event. Players will be battling one another of similar rank/status, and only 32 people will make it to the finals. In the finals, opponents are automatically selected, and according to how players perform, Kings Seals will be rewarded which can be used on exclusive items. There will also be a new Marriage System, for people who reach favorability 2 or greater. The final great addition will be six whelps players can tame throughout the wilds. Clicking the whelps reward Whelp Chests, which are randomly filled with Hero Evolve Crystals, Dragon Dust, and Enhancement cards. There’s so much going on that players will without a doubt want to log in for.