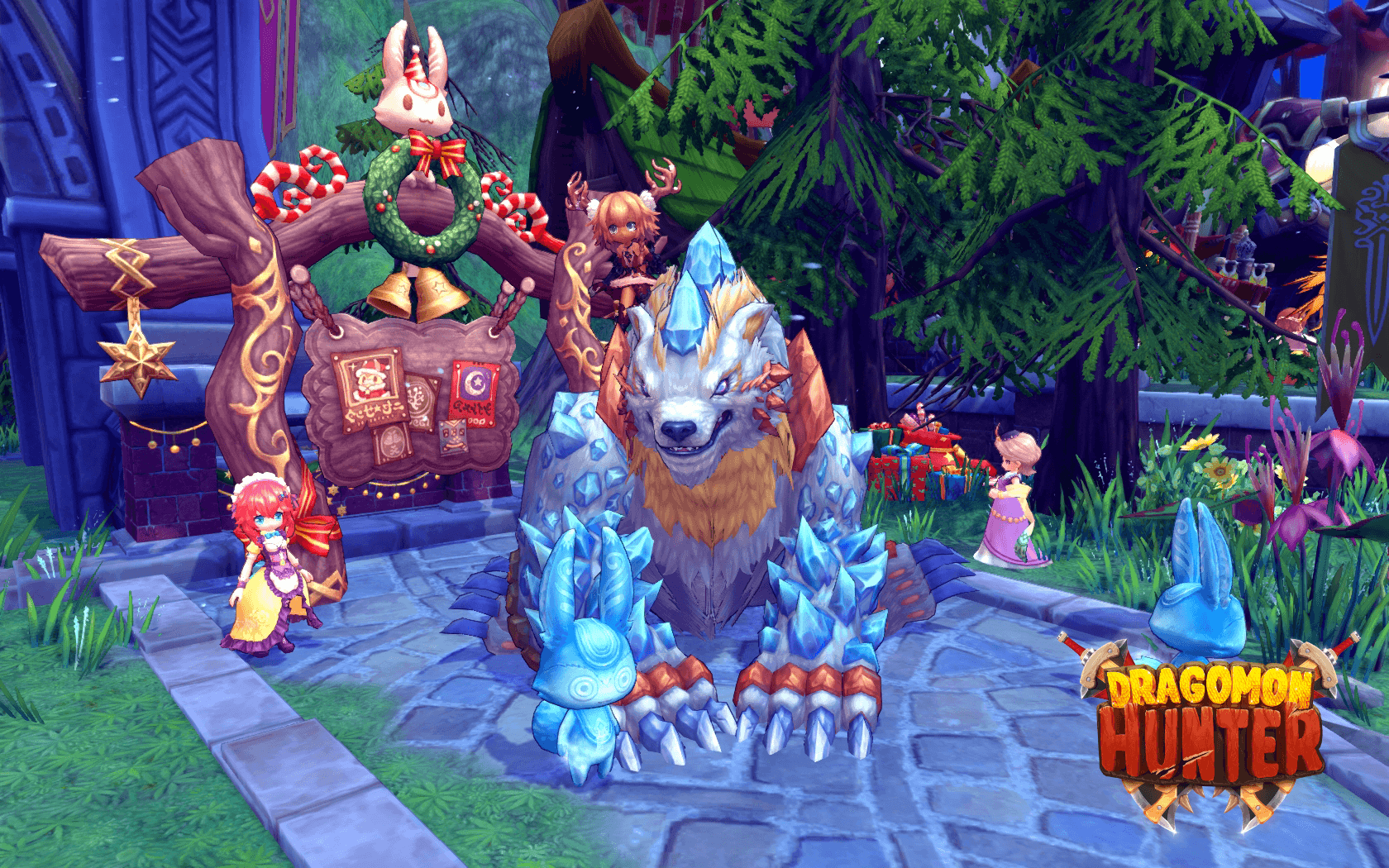 There’s been a whirlwind of activity in Dragomon Hunter since the game’s recent launch. The monster-hunting anime MMORPG is now celebrating an active community of over half a million players adventuring through the vibrant landscape of Wyveria. Dragomon Hunter’s core feature – the ability to collect any monster in the game as a mount – has proved a big hit, as those players have already tamed over 750,000 Dragomon!

On top of that, the in-game seasonal festivities have begun as well. Players can make their way to the main city of Elysium and take on some limited-time Christmas quests. Santa Hoppalong will ensure that no effort goes unrewarded, and give out Hoppalong Stockings containing festive items for every quest completed