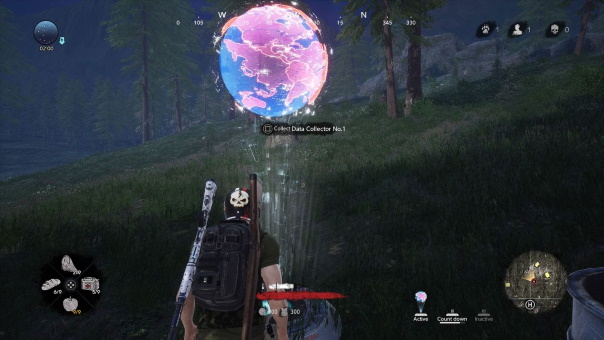 Don’t Even Think is an asymmetrical PVP title on Playstation 4, and it received a major update today. Optimization was added for both Werewolves and Humans, as well as a newly optimized tutorial and new abilities, based on user feedback. Werewolves have new abilities, such as Wolf Howl, which lets werewolves communicate their location within a certain range, with other werewolves howling back to scout and team-up easier. The second new ability is Olfaction. When used, Olfaction lets werewolf players detect humans in a certain range. Olfaction requires blood supplies though, so it has to be used wisely.

Humans will also be able to communicate with their allies using voice chat now, and defeated human players can choose to stay and watch, using Observation Mode. Players observing can help their teammates by locating enemies and observing their movements as well. Human players will also see movement speed buff, as well as increased combat capabilities when using shotguns, with improved damage optimization. Previously, only one human could get onto the rescue helicopter, but now up to three players can get to safety. Human players can also invite their PSn friends into team matchmaking.