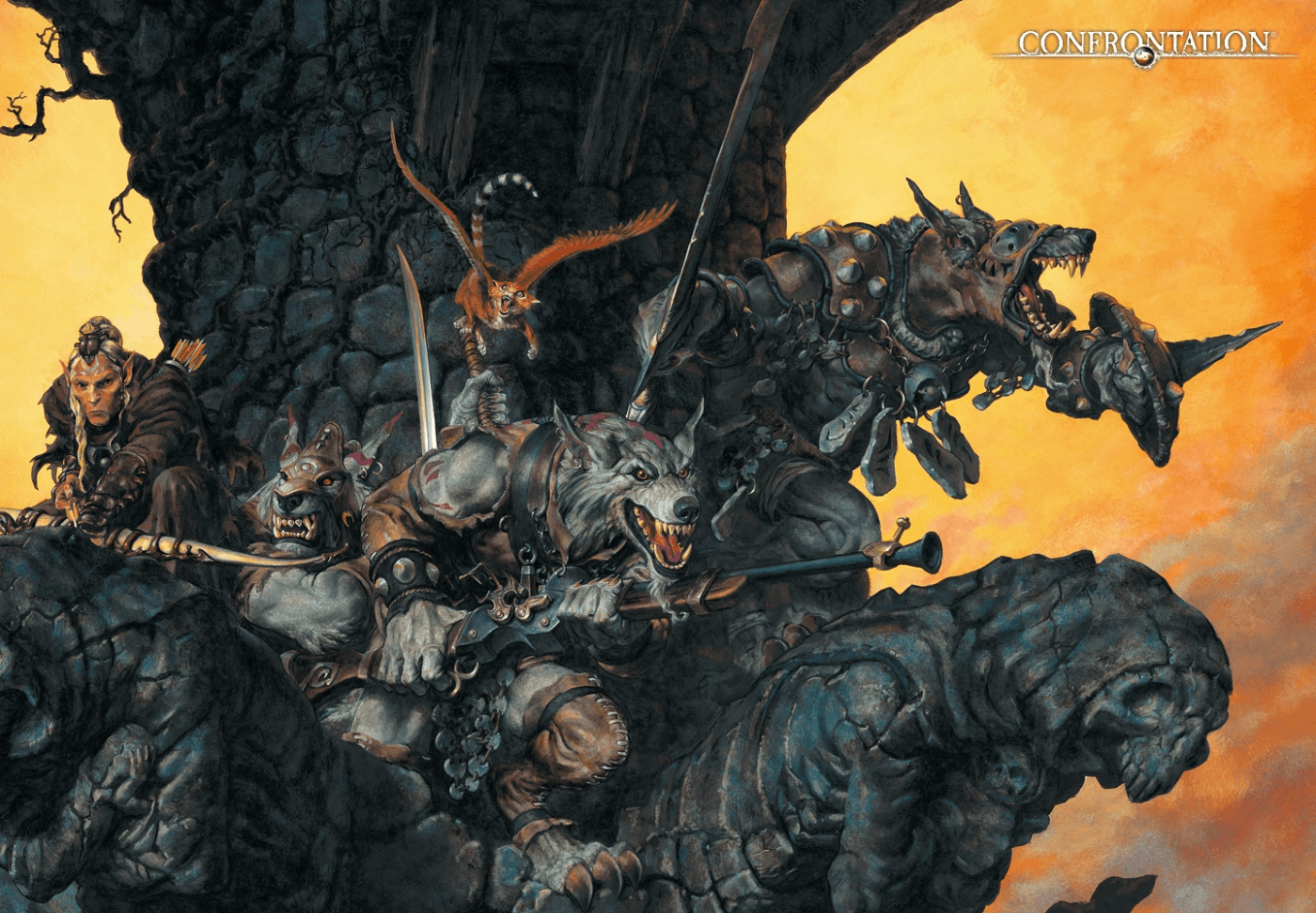 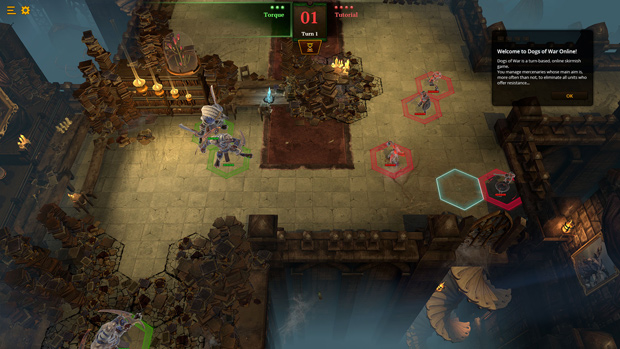 I’ve spent some time with the game since open beta started in February, checking out what the game has to offer, especially after their two patches in March. I’ll describe what I’ve noticed so far — under subheadings of silly dog-based references.

The game doesn’t give the best first impression. The looping theme of the main menu screen tries to imply the sense of impending battle. However, the sways and shifts in the notes and rhythm sound flat for the most part, and so not that memorable. The portraits of your units have enough interesting details in them to stand out, though. For example, all of the portraits for the Wolfen Faction give off a sense of restrained ferocity as they bear their teeth in their unit cards.

But the game engine doesn’t translate that kind of ferocity that well. Colors and lighting are a little on the dull side and sound effects don’t have a lot of punch to it. Yes, you can hear my wolfen growl as he dishes out the pain to the forces of light, but it doesn’t make me feel like he’s tearing them a new one with his spear. 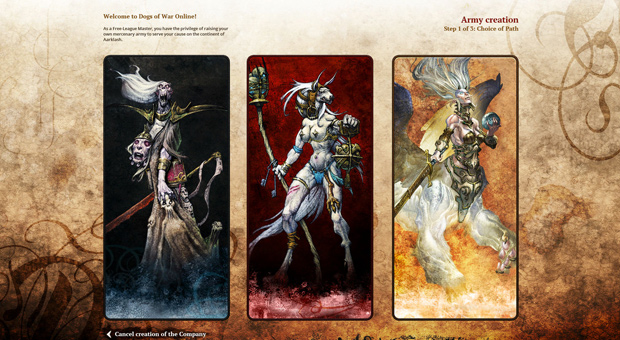 Who Let the Dogs Out

As of the time of this writing, there are three factions to choose from. The Children of Yllia, or the Wolfen Faction, are pretty straightforward units. They have more movement points and are tougher than the other available factions. The Kingdom of Alahan, part of the forces of light, are physically weaker than the other races, but you can field more of them into your army and are also more resistant to mechanics such as Fear. The Baronies of Acheron, the undead, are slower moving, but they cost the least amount of Army Points, which is advantageous as their main mechanic is to surround the enemy and instill Fear into them – making them easier targets for your stronger, yet more fragile units.

Currently, the three available factions make this a game about positioning. I played the Children of Yllia for most of my time with the game and found myself moving units away from large groups of undead to avoid being feared to death. On the other hand, against the forces of light, I basically go beast mode (pun very much intended) and charge ahead because I don’t have to worry about Fear. And, in a straight up fight, my army can wreck Kingdom of Alahan units. 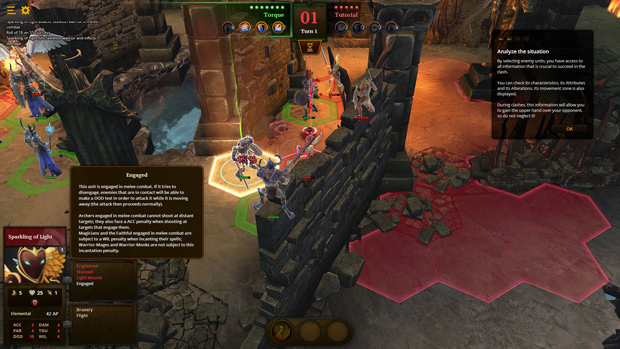 Go For a Walk

The game is simple enough to control: Select a unit on your turn, click on an enemy unit that you want to attack or use a special ability on, and then hit the End Turn button. But what is impressive about the game is that it is able to translate a lot of the complex rules from its tabletop source material and streamline them. This makes the game easy to play despite its depth. You will learn enough in the tutorials to move units and attack. Sometimes, you may even win a game or two against a real player. The deep, underlying mechanics that determine outcomes of attacks are harder to grasp, though. And it seems, at least to me, that mastery of those rules are important if you want to become successful in this game. 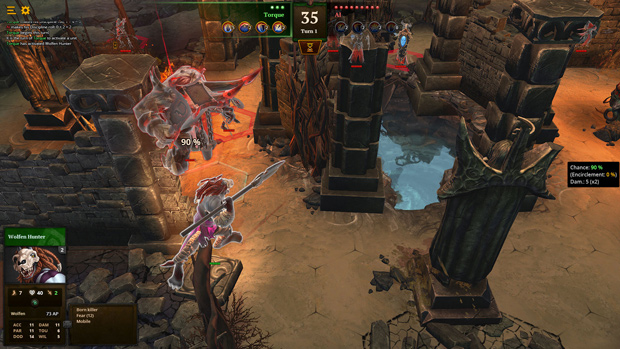 Your primary source of money and experience comes from battles. Those battles take on three flavors: typical 1v1 deathmatch, a VIP assassination mode, and King of the Hill. However, you can also send out individual units on quest-based missions. They’re nothing special, though – sift through a list of quests (with descriptions that explain the weak rationale of your involvement, if you desire to read them), choose a unit from your warband who will do the quest, and then send that unit on its merry way, hoping to the gods that the unit will perform well or, at least, not come back injured. 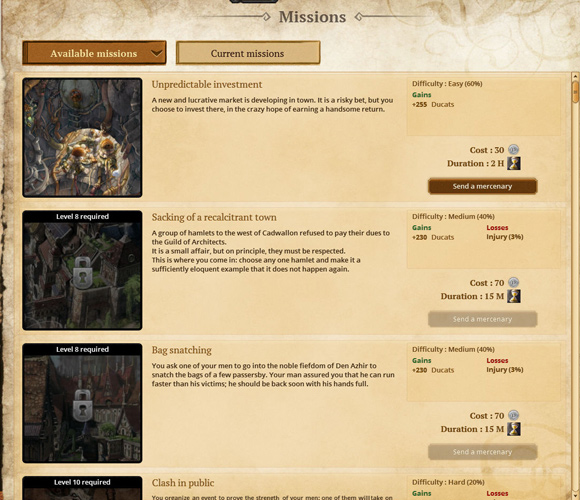 The game will show you a percentage of success before you accept the mission, but the likelihood that the unit will incur injury, thus reducing in-battle effectiveness and forcing the use of healing cards, plus the relatively low payoff makes this activity not worth doing.

Then Take Them to the Groomers

You can spend your time (and your currency) in the in-game shop as well. They have everything from colors to paint your units with, to the previously mentioned healing cards, to unlocking additional unit slots for your army. The last one is a little problematic, as it seems like in order to gain the maximum number of units within your company, you’ll have to spend real life currency.

The game doesn’t require you to have a max unit army to be effective, given that there are different brackets that you can participate in based on your army size. You wouldn’t want a huge army anyway if you’re still learning the rules, as more units mean more stats to juggle in your head. Still, those who plan on dedicating themselves to Dogs of War Online’s ruleset have been advised. 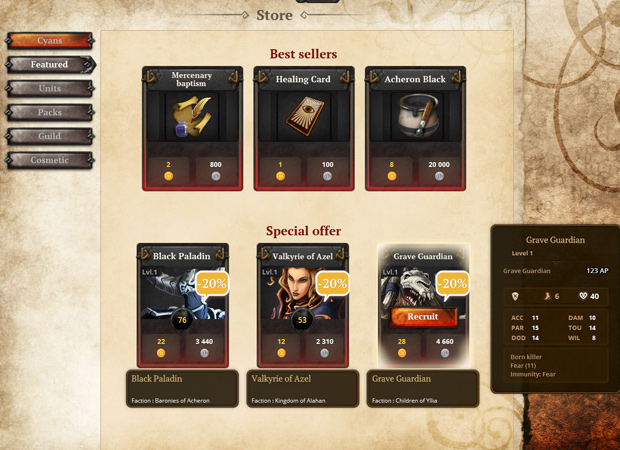 Though just okay in its presentation, the battle mechanics are solid. Obviously, those who only care about action and splashy effects shouldn’t waste their time. However, I think if you’re the type of person who is interested in turn-based strategy games, particularly if you like the tabletop/pen and pencil types, you might want to give this one a shot. There’s enough nuance in the ruleset to dig into, understand, and then exploit in your matches. 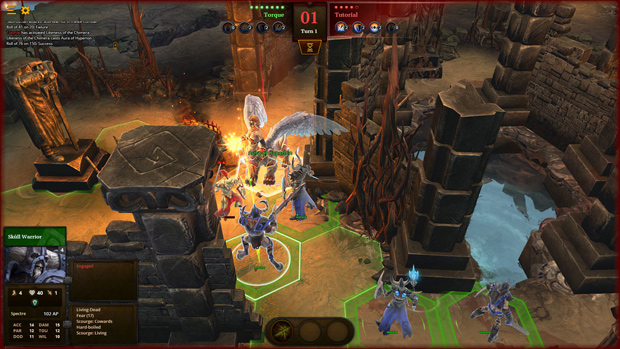 Even if you’re not experienced with these types of games, I’d say it’s also worth checking out. The developers seem to be interested in player opinion – they’ve tweaked experience gains and healing card drops as recently as the late March patch based on player feedback. The game is easy enough to pick up as well, and you may decide that you want to learn the intricacies of the game. Dogs of War Online may not compel you to stick around long enough to master it, but the knowledge that you earn in your time with it could be worth the while.