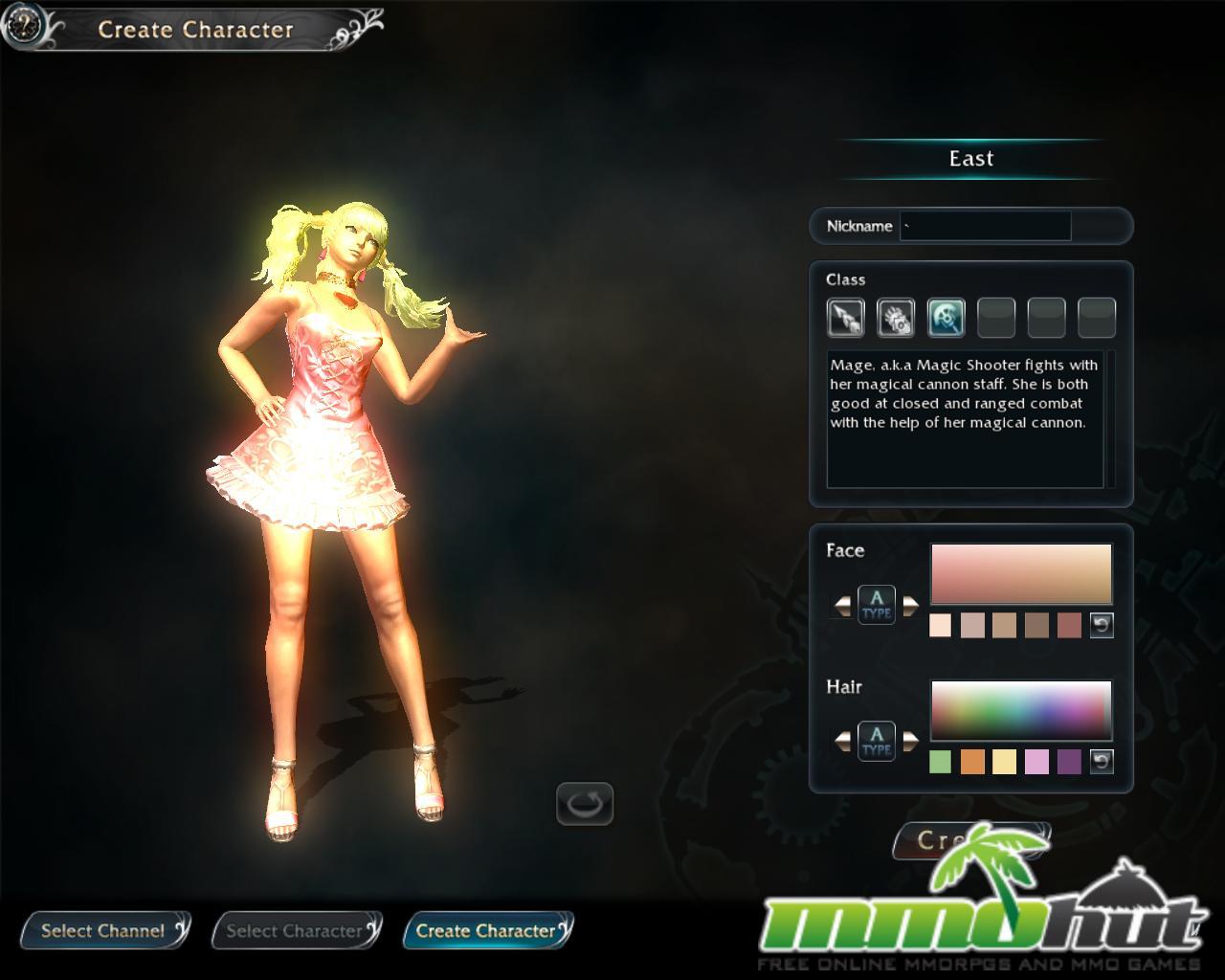 Divine Soul is the latest arcade style brawler MMORPG to be published by Outspark. The game takes the genre to new heights with high quality 3D graphics, fluid gameplay, and an extensive list of combo attacks that players must pull off manually. Gamers looking for a MMORPG with a more involved combat system should look no further than Divine Souls.

Standing Out in the Crowd

A wave of free to play brawler games have made their way to market recently. Dungeon Fighter Online may have been the earliest, but it was quickly followed by Dragonica Online, Fists of Fu, and several other titles. While all of these games had more action oriented gamplay than the traditional MMORPG template offered, they seemed years behind in terms of graphics and technology. Well now Divine Souls rides to the rescue. Not only does it offer fun bash-and-dash stage progression, but the interface and visual presentation are up to date. Divine Souls uses a familiar fantasy setting (though it does have some steampunk elements), but the visual style is realistic rather than anime inspired or cartoony.

Not So Many Souls

Divine Souls entered beta testing in July 2010 and makes use of Outspark’s new O+ launcher. The game has a wide range of supported resolutions and graphic options which is surprising considering the relatively small client size of 1 GB. There is currently one official server, broken into two parts with each serving a different coast. Each coastal server has multiple channels and can be scaled up with additional channels as needed. Character creation is a bit less impressive. There are three classes to chose from, Mage, Slasher, and Fighter. The classes are gender locked, but there are three empty class slots which means additional classes are planned in future updates. Appearance customization is pretty bare. Players chose from a small selection of face and hair styles. A full color pallet is available for skin and hair color. The character designs themselves look realistic, I was particularly impressed by the knees on the female Mage. I don’t recall any other game ever attempting to make a knee look so realistic. 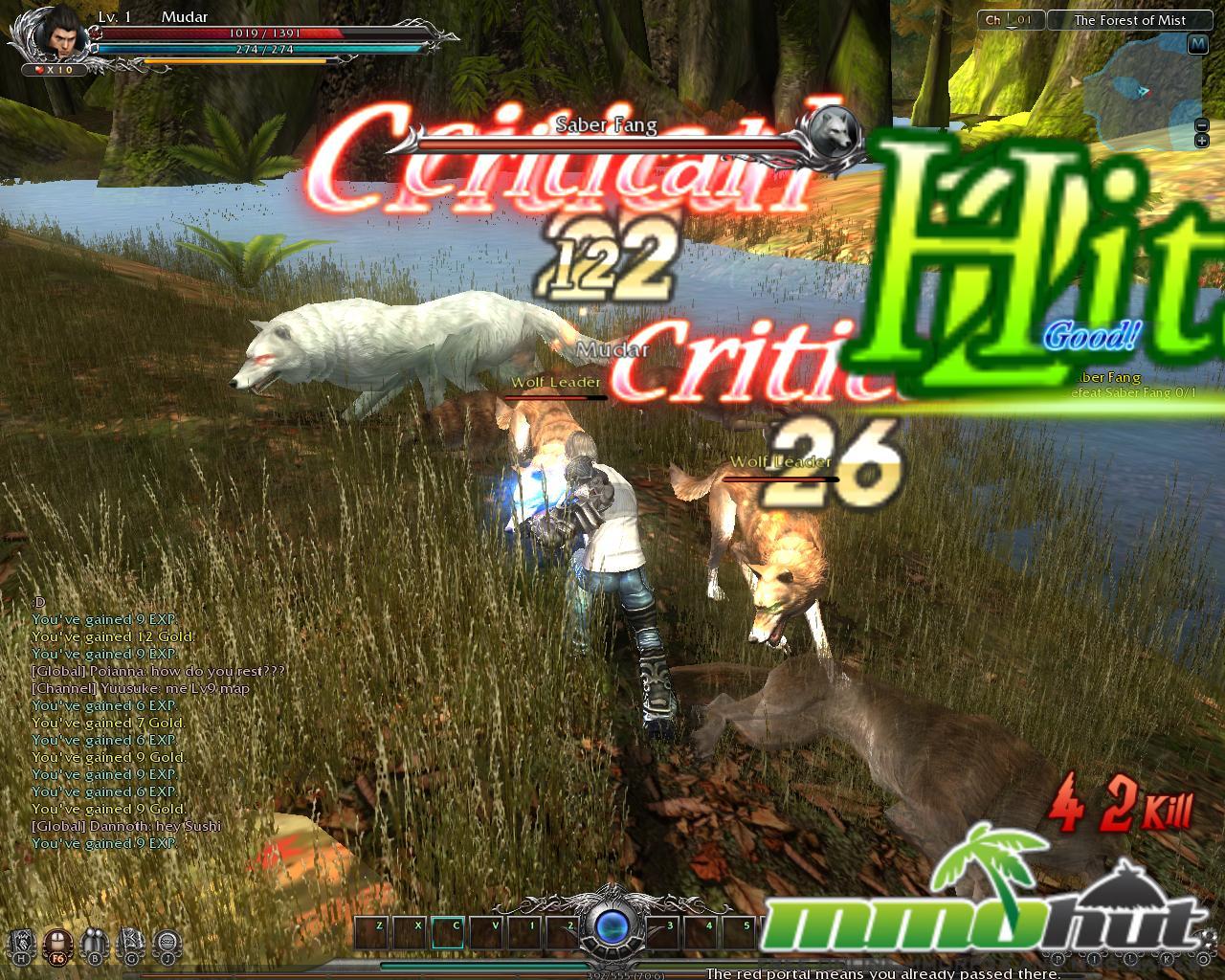 The game starts in a tutorial zone, but players can leave at any time by hitting escape and confirming. Divine Souls allows players to switch between two alternative control schemes by hitting F5 or F6. Keyboard shortcuts are available to navigate the interface, and even to interact with NPCs, but players can bring up the cursor by hitting the ‘alt’ key. The need to manually switch the cursor on and off can cause some confusion, but is necessary to maintain the third-person-shooter like gameplay in Divine Souls. There’s no auto attack here, instead players click on the left mouse button to perform standard attacks. A variety of other keys are also involved in combat such as the space bar (jump), and ‘E’ (grab/hold.) Hitting these keys in certain sequences leads to combo attacks. Players can view a list of the combos their class can perform by hitting ‘K.’ The combo list is reminiscent of fighting games like Street Fighter, players who can memorize them and properly utilize them will be much more effective in both PvE and PvP. Luckily, its entirely possible to progress by spamming the standard attack.

Divine Souls makes heavy use of instancing. Cities, camps, and other locals that stock quest NPCs and merchants make up the persistent world where players meet and greet. Portals are scattered across these locations that open up regional maps and allow players to enter the dungeons, or stages, in that area. There are dozens of stages available but players will find themselves repeating them many times. Quests help speed up the grind and offer a sense of progression, but the best way to stomach the repetition is to find other players to group with. The level requirement for each stage is displayed on the map, but each stage comes in three difficulty modes. Players must clear a dungeon on easy to unlock medium, and clear it again to unlock hard mode. The persistent city plus instanced game world model was first championed by Guild Wars but stage based MMORPGs like Lunia and Divine Souls have done a great job adopting it for their own purposes.

The best part of Divine Souls is its gameplay. As soon as the game begins players will have a chance to try out the combat system by attacking a group of portly goblins. As mentioned earlier, attacks are performed by hitting the mouse buttons and certain keyboard keys. Players pan the camera simply by moving the mouse which gives the game a live-action feel often lacking in MMORPGs. Players won’t simply be trading blows in Divine Souls. Each attack must be aimed and enemy strikes can be dodged. The developers may of gone a little overboard on the hit radius of player attacks. Hitting multiple opponents with a single attack looks cool, but being able to knock down everything in front of and to the sides of you reduce with a single attack reduces the game’s difficulty considerably. Its not uncommon to go through some of the earlier stages on easy or medium without suffering more than a few glancing shots. The crazy AoE attacks definitely add to the ‘arcade’ feel, however. Even low level bosses require some strategy, and more evolved tactics and team work are required in the later stages. Fortunately, it doesn’t take long to clear a dungeon. Stages themselves are broken down into a series of rooms connected by portals, players must defeat all enemies in a room before moving on to the next. Loot mechanics are designed to keep the action rolling, players simply hit ‘R’ near gold or item drops to automatically pick them up. 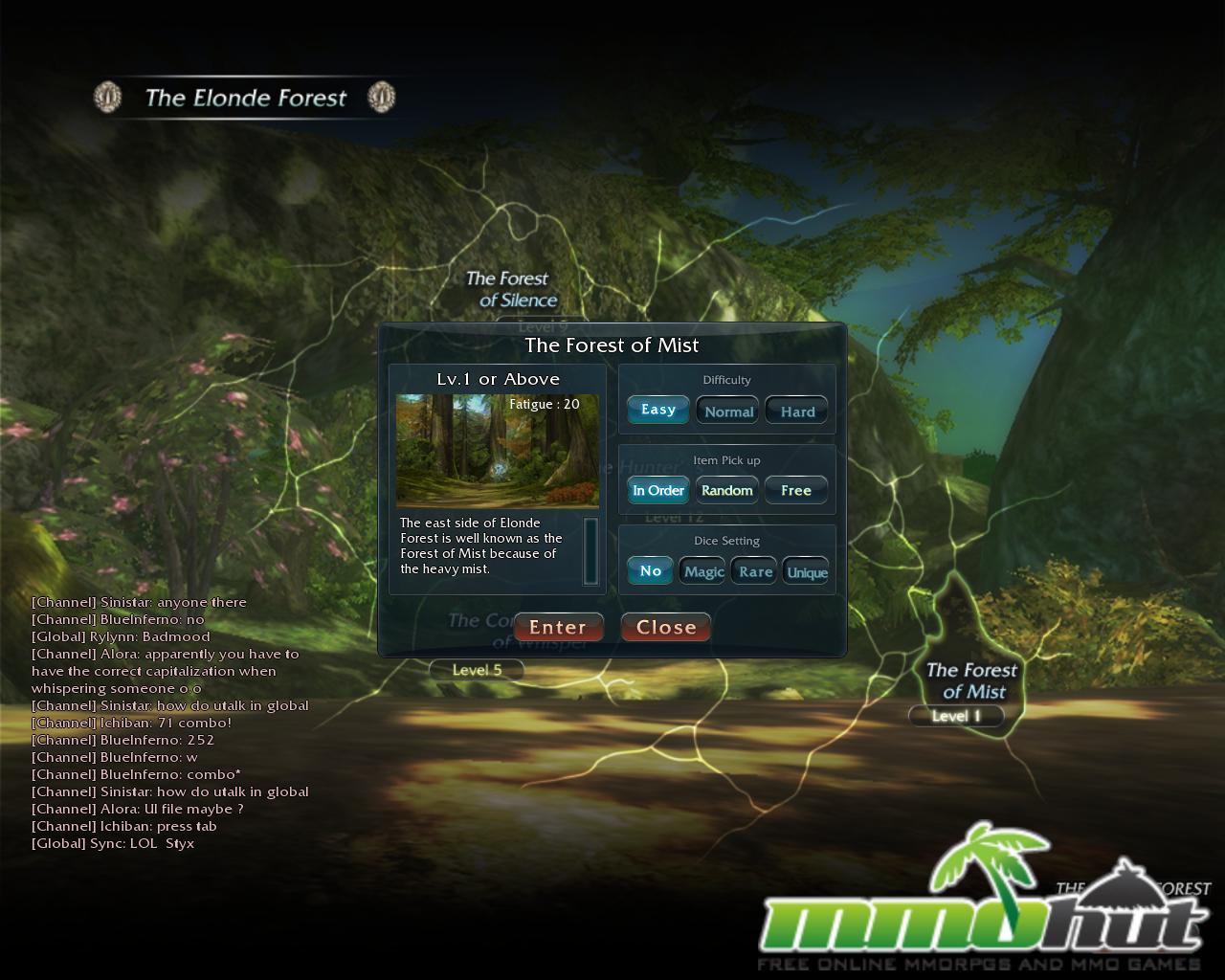 While new player will spend most of their time playing solo or cooperatively through the game’s PvE content, Divine Souls also offers a lobby based PvP system. Cities have arena buildings which open up a lobby where players can join or create rooms. There are four PvP modes (Deathmatch, Survival, Capture the Flag, and Break Into), and each mode supports up to eight players. By default, PvP matches normalize the level differences between players. A similar system is used in games like LaTale and ensure that player skill rather than time spent grinding determine the outcome of a battle. Players can turn off this feature and experience more uneven combat if they desire. Fighting against other players is much more difficult than fighting against the not so intelligent AI. Spamming the most simple combo won’t cut it. Players will have to learn multiple moves and when it is most appropriate to use each. Most player vs player bouts are team based, either 1v1, 2v2, 3v3, or 4v4. This means an element of teamwork is also required. Divine Souls keeps track of many PvP statistics such as wins, losses, rankings, and a player’s ‘PvP Point’ which serves as their rating. How well the PvP scene will develop remains to be seen, but Divine Souls is definitely the most exciting Outspark release since Fiesta Online!

Divine Souls is a fast paced action MMORPG that has great visuals and genuinely fun gameplay. Repeating instances can get frustrating, but Divine Souls makes it easy to switch between PvE and PvP to keeps things exciting. The game is pick up and play friendly, but the combo system requires dedication to master. If you don’t mind the heavy use of instancing, go try Divine Souls.