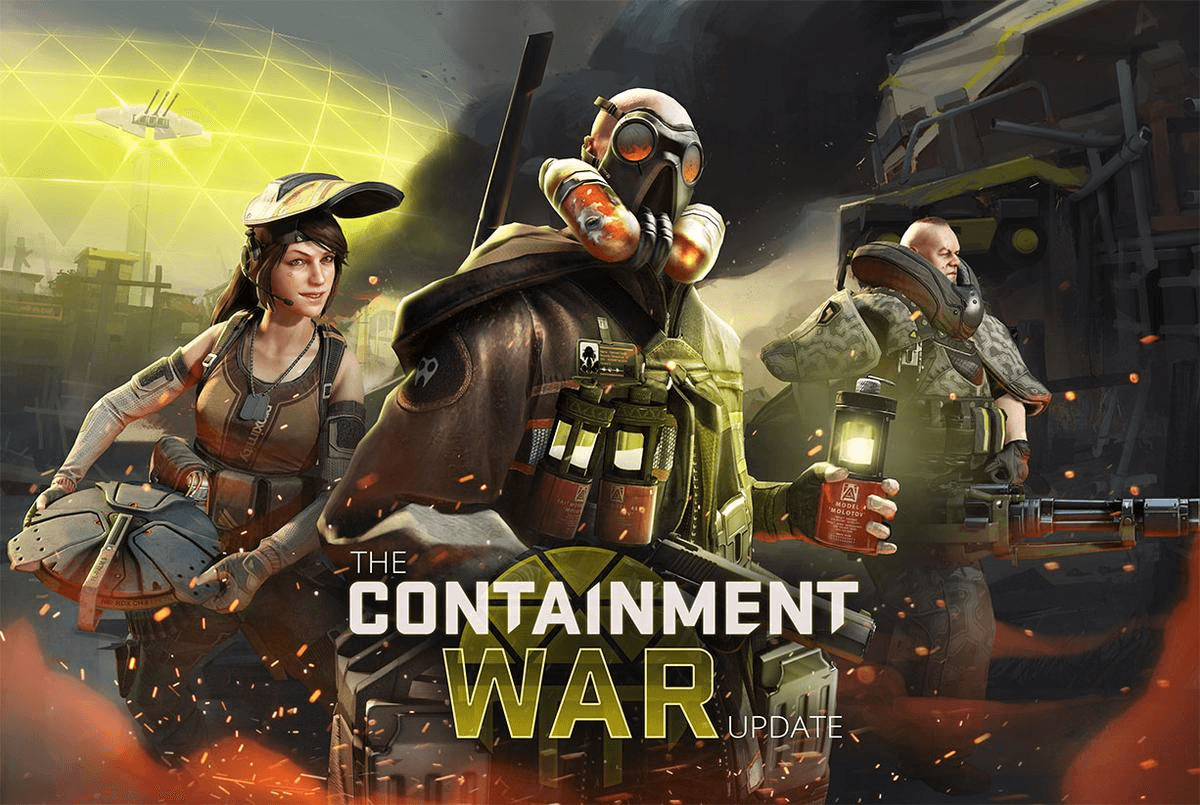 Dirty Bomb, the free-to-play online shooter developed by Splash Damage® Ltd., will launch its biggest update yet, “Containment War”, on Wednesday. The update provides a wealth of new content for players, including a Molotov-wielding Mercenary equipped to resupply allies with a deployable ammo station, the all-new Execution mode and maps and the eagerly anticipated Dome map for Objective and Stopwatch, as well as limited-edition Containment War Loadout Cards to be collected and an updated profile page to show off your stats. As an added bonus, players who get in on the Dirty Bomb action between Wednesday, Oct. 28 and Wednesday, Nov. 4 will permanently unlock recently released medic Phoenix for free.

Execution Mode is introduced in the Containment War update and features two new maps, Overground and Market. In this single-life mode, players battle it out over twelve rounds with the objective of eliminating the enemy team or destroying a section of the massive ‘Containment Shield’ by planting a bomb.

The new content also includes the colossal Dome map for Objective and Stopwatch mode, and the addition of an all new Mercenary, Stoker, giving Dirty Bomb players the choice from among 17 Mercs to build out their squad. Some of the most recently added Mercs include:

While the Containment War Update is the biggest since the Dirty Bomb Open Beta began, new features and gameplay improvements have continually been added this year based on feedback from the community, including load-out card purchasing up to Bronze with in-game currency, matchmaking improvements and private matches, surrender & restart functionality, a report-a-player feature, a new anti-cheat system and more.

The love, the swearing, the passion, the rage… Dirty Bomb‘s Open Beta phase has been emotional. But it’s this emotion from our players that tells us the fight for improvement is worth it, and why this is our biggest update yet. We’re grateful to everyone telling us what they love or what they’d like to see improved so far. In an expanding universe of team-based shooters, we’re committed to giving hardcore PC players something a bit different for years to come.