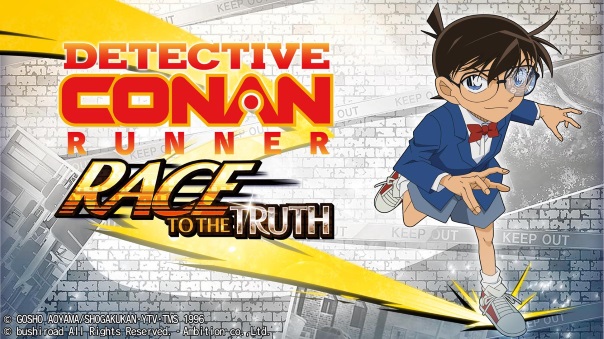 Detective Conan Runner: Race to the Truth is an upcoming horizontal runner game, based on the anime Detective Conan. It will also feature story scenarios from the anime, in addition to original illuustrations. It will be available on both iOS and Android in Hong Kong, Taiwan, Singapore, Thailand, Malaysia, Germany, Chile, Mexico, Switzerland, Saudi Arabia, Vietnam, France, Indonesia, Philippines, Spain, Brazil, Egypt, Italy, and Norway. In the United States, United Kingdom, Canada, Australia, Netherlands, New Zealand, Denmark, Finland, Russia, and Sweden it will be available as “Case Closed Runner: Race to the Truth”.

It was announced this morning that the mobile title will arrive on June 5th, 2019. Players will join Conan and his friends as they run, overcome obstacles and collect points to chase down suspects. The game will also feature user-friendly gameplay of tapping the screen to make the characters jump allows the game to be accessible to anyone. Each character also has their own unique skill that can give you an advantage when used in the game.