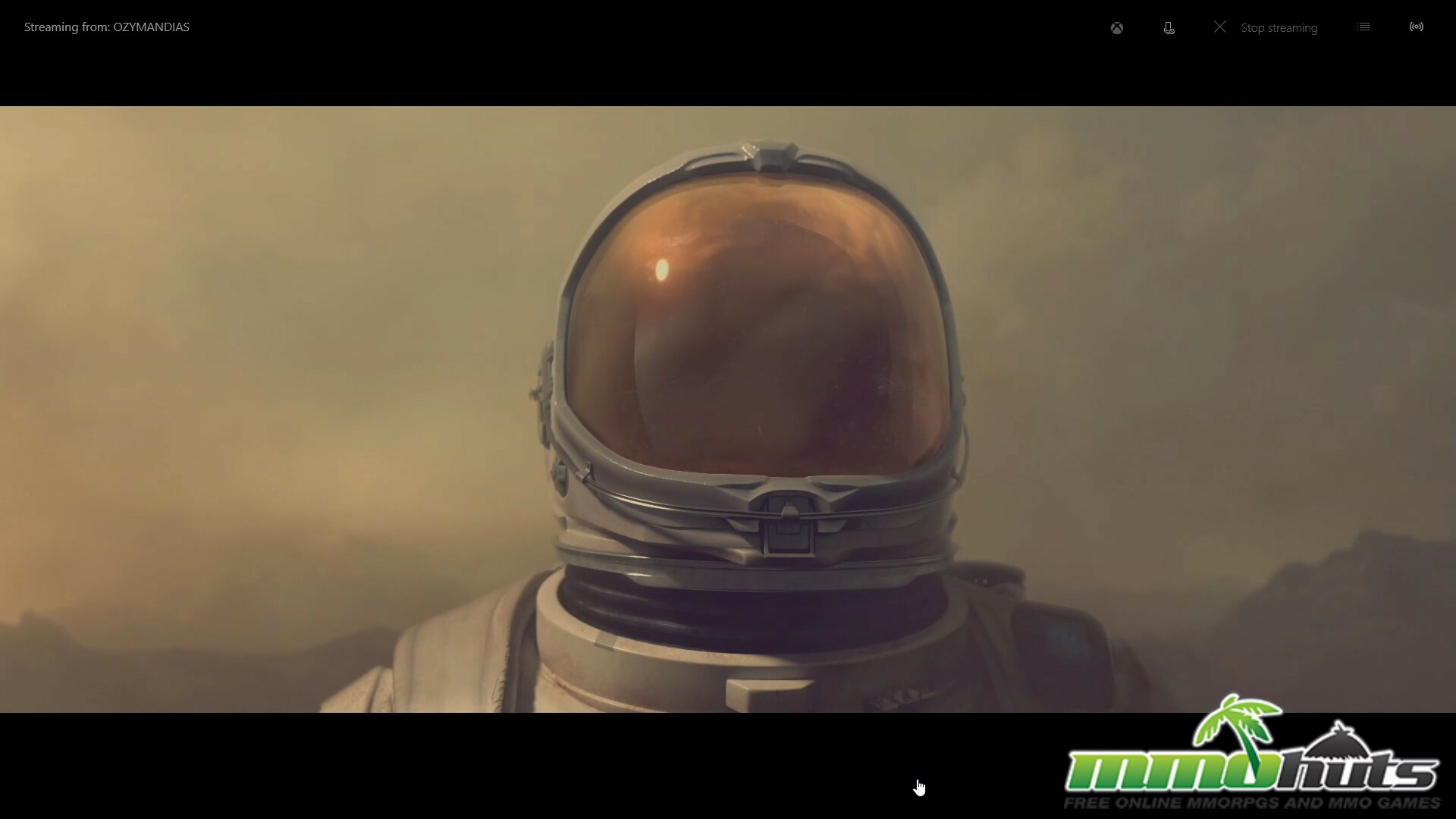 Now when I heard about “The Taken King” at E3, I was more than a little skeptical. For those of you who did not read my original review of Destiny, it’s a beautiful game. Nobody can argue that the game is absolutely gorgeous. The combat is just what you expect from Bungie; but the story fell flat on its ass. Really hard. “There’s bad guys among the stars. LET’S GIT ‘EM HEROES” is how I sum it up to people who aren’t really into playing video games. Slowly but surely, Bungie released DLC, fairly priced DLC that added more content, raids, strikes, cool new gear, and most importantly STORY. Each DLC got a little better on the storyline front, until finally we get The Taken King. My immediate thought was “That’s an awesome title to have. The Taken King.” Then I learn that’s the race/species, The Taken. Still pretty cool sounding, considering they are corrupting and commanding various other races into their fold to their bidding. Think… Spiritual Borg.

My thoughts are quite honestly a mixed bag. I stopped playing Destiny pretty early on, as I bored with the bland reason for killing. So I picked it up for my Xbox One alongside ColtronXL, getting the Legendary Edition. This comes with Destiny and all the DLC, including The Taken King. For someone new to the game, this is a disc that can’t be beat for its price. The Taken King on its own runs about 40 bucks, and for the price of a regular game I got back in, started at level 25, and immediately leapt into the action. By “leapt” into the action, I mean I played lower level stages to upgrade powers and re-learn the gameplay. Is 40 bucks a lot for an expansion? Maybe. But us PC MMO players have been paying that for years. Not really that big of a deal. There’s quite a few new stages to explore, the biggest raid yet, and a million new discoveries waiting. Of course, it increased the level cap: Destiny IS basically a shooter MMO, so I was incredibly grateful to start at 25, instead of 1 all over again. As long as Bungie keeps up the content updates, Destiny has a sparkling bright future. The Taken King is just the injection Destiny needed to make Halo .5 worth playing again. 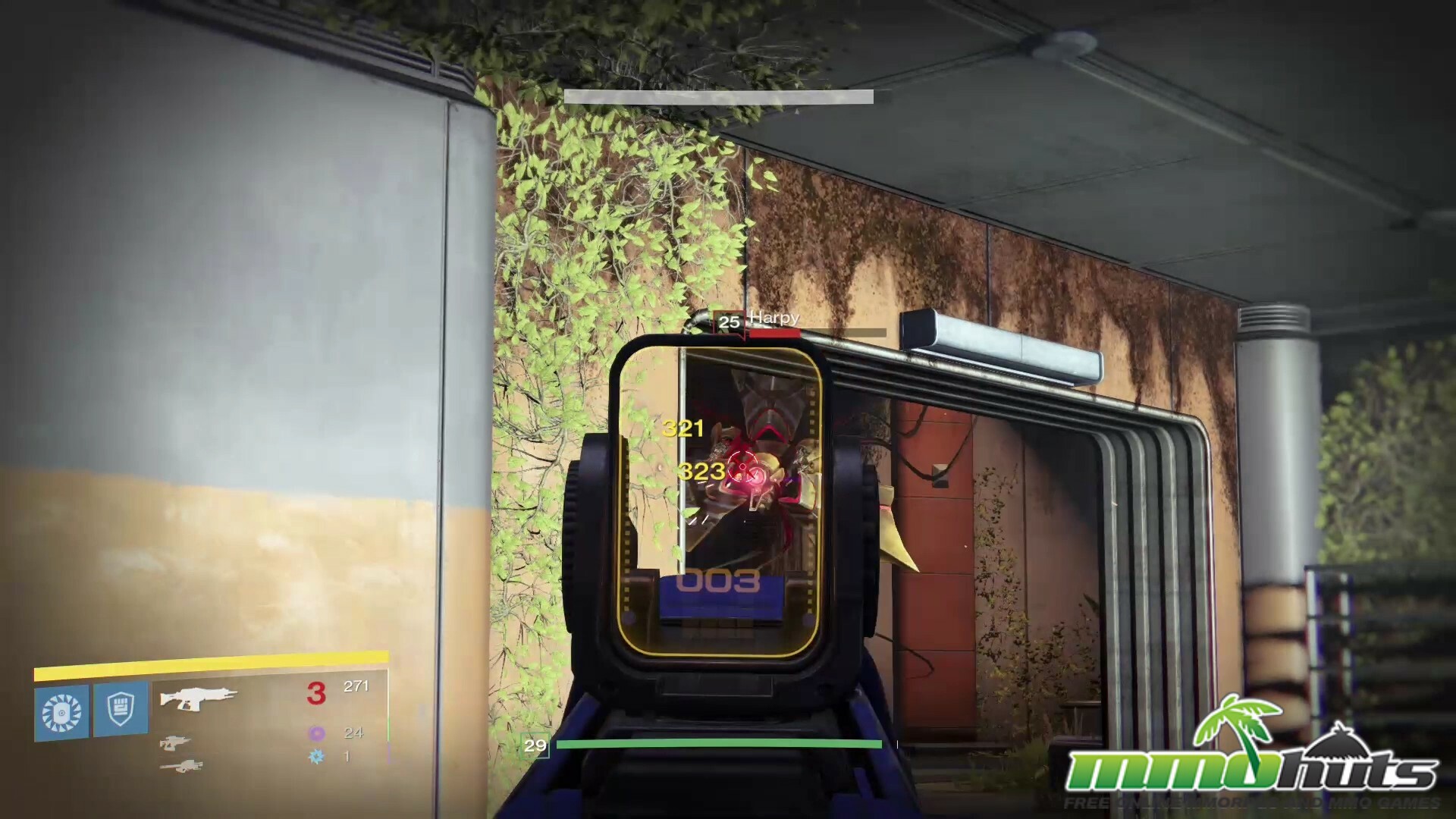 Attention to detail was a clear priority in this game.

Oryx is the Taken King. And he’s kind of pissed off, and with good reason. The hero (that’s you) teamed up and obliterated his son Crota. Now I’ll grant you, it wasn’t a bad thing. He was being a jerk, but it’s Oryx’s fatherly duty to see that revenge is had. How does he do it? By blasting a hole in the RINGS OF SATURN. Let’s suspend disbelief for a second and realize that that’s kind of an impressive show of force. The story isn’t incredibly complex: Revenge served hot rarely is. I appreciate a nice simple hook that makes sense. The Taken King expansion comes with a terrific cast of characters, a narrative that has me hooked (and I’d probably be pushing for level 40 if ColtronXL were online!), and Bungie went out of their way to change the game up for the better. There’s a new location on the map, The Dreadnought. The Dreadnought is where the majority of the current Taken King action takes place. He’s available to fight, in “King’s Fall”, the raid that comes with The Taken King. Is that the last we see of him? I have no idea yet. I’m not that far! And I’m sure there’s more content to come.

Instead of just creating a bunch of new races and enemies, Oryx has the Taken. As I said before, he commands other races/species to do his bidding, corrupting their bodies. Taken show up as misty blue/black entities with new abilities depending on what they were before. One of things I noticed (and hated) was one of them can summon the Titan’s bubble (preventing projectile damage from penetrating the shell, forcing you to run into close quarters to attack). Combine this with other units constantly teleporting and The Taken can be a frustrating bunch. New strategies and techniques are required to kill them, spray and pray probably won’t do it unless you’re overly decked out in gear. The stages are more interesting too. Though I detest jumping puzzles, there are some. My only complaint is how linear the areas are, but there’s only so much you can do in a gigantic spaceship or hallowed out underground cavern before it just feels like cheese design. 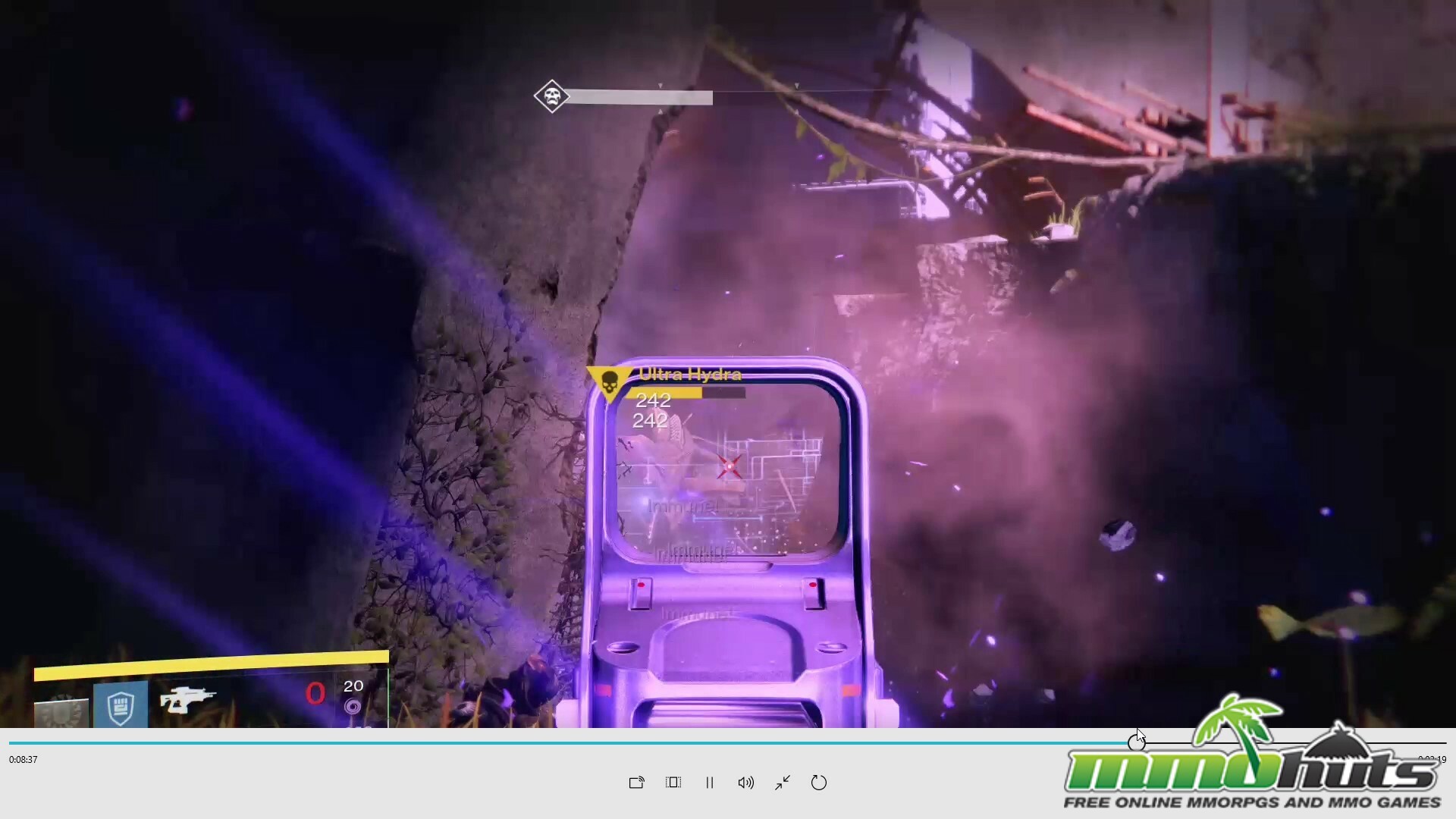 The creepiness factor is nailed between visuals and sound.

There are tons of new weapons, exotics, exotic quests, exotic armor, and in general, cool rare stuff to find. One of them so ridiculous that it already has had a patch to nerf it by the time of this writing. The new strikes require more thought than before, more strategy. No run and gun here, friends. And don’t think the old content has been ignored, either. Strikes from earlier in the game’s first year of content have been overrun by The Taken, giving them a whole new look and feel: Dust Palace, Undying Mind, and Cerebus Vae III are the ones I’ve read about so far. Are there more? Will there be more? Possibly. Though yes, you do fight Oryx already, I have a feeling his army isn’t just going to go away.

But that’s okay, because each class has a new, frighteningly powerful subclass! My personal favorite goes to the Titan: Sunbreakers. My gimmick? I throw hammers made of the FRICKIN’ SUN THAT EXPLODE. How can you not like that? Hunters have Nightstalker, which throw a ton of void-related attacks, dots (Damage over Time) and are generally a pretty big nuisance. Warlocks use the other energy (Arc) for Stormcaller. Warlocks have really cool powers too, such as melee kills recharging grenades and vice versa. Feels kind of gimmicky, but it’s definitely fun. Sunbreaker stole the show for me though. The stage you unlock it offers an unlimited use of its Super Power, allowing you to hurl hammers with such total impunity you’d make Thor envious.

There are more ways to level now, it feels like, and loot isn’t so scarce. I found more than decent drops from completing story missions and just basic stages. No legendary engrams yet, but they will drop. We have faith… 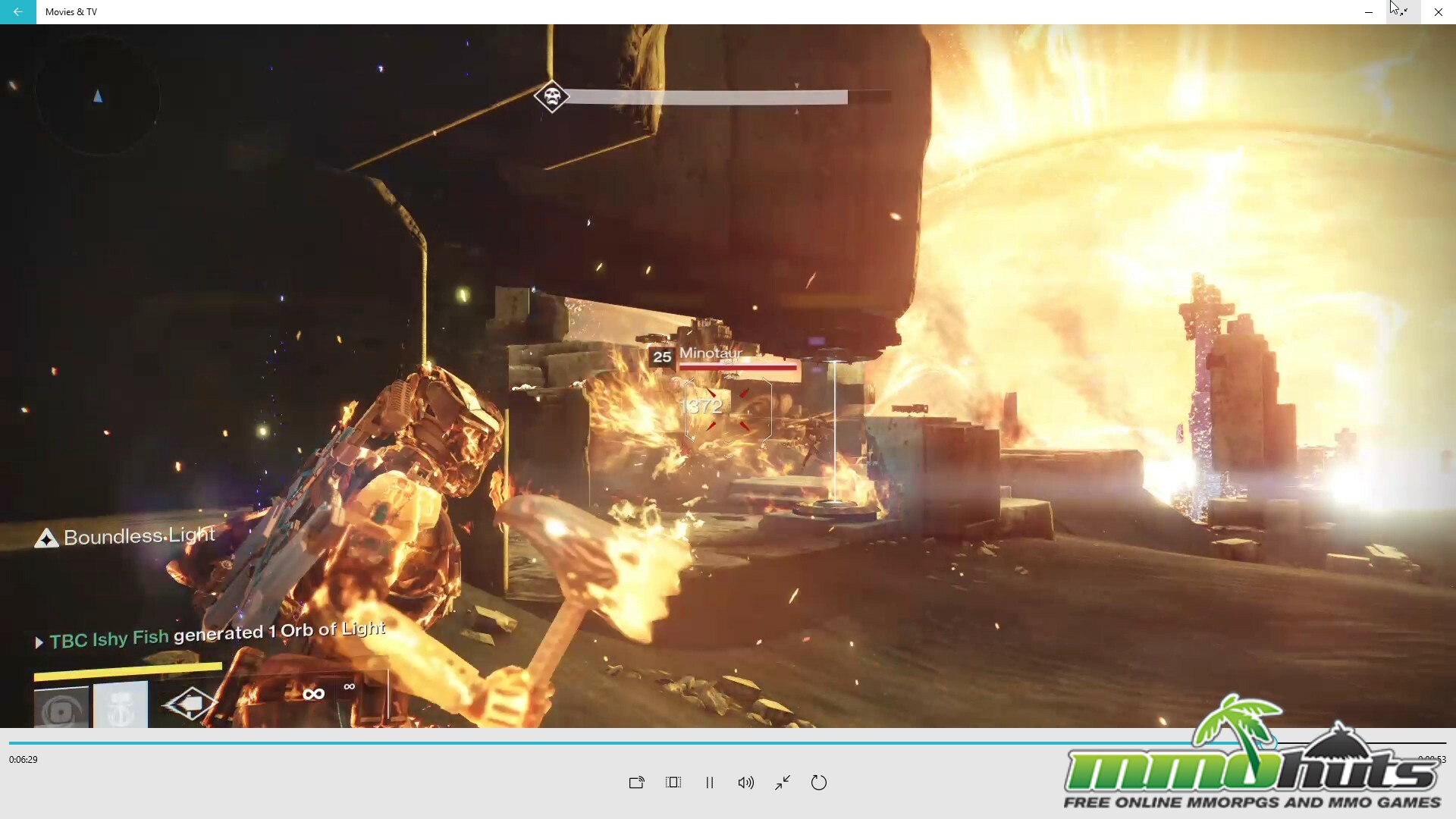 Who cares about headshots when you can smite thine foes with the sun!

Anyway, there’s also PVP! Let’s not forget about that. PVP in Destiny has always been pretty exciting, and even though I’m not so great at it, I have fun doing it. From 3v3, 6v6, Free For All, or my personal favorite “Last Man Standing.” Here if a player dies, they’re done for unless you revive them, and once all three teammates are dead, the next round starts. You have just a few precious minutes to get to 8 round victories, and it’s a series of small, fast and furious maps with the occasional heavy/special ammo drop to make it really crazy. Now, you won’t always win stuff in PVP either, but it happened more often than it did in First Year Destiny for me. Fans of PVP will definitely appreciate the additions to the Crucible; so many things are going on right now.

How Bungie Got Their Groove Back: Great 4/5

Your experience will, without a doubt vary. Hardcore Destiny fans are all hyped. I haven’t talked to one person with serious Destiny hours logged in who is playing something else right now over this. The game’s more fun than ever before. From someone who was completely burned out early into the First Year, I’ve spent probably more time playing The Taken King than I did the vanilla title. Multiplayer admittedly is the driving force behind the reinvigorated replayability, but even on your own, or with pugs, the same stages remain fun to play through. I’ll admit to a bit of trepidation though. This is DLC, not necessarily an expansion. If that means there won’t be content added to it, I’d be quite upset. But as it stands, it’s definitely worth the price of admission, and the Legendary Edition makes it easier than ever for a new player to start killing aliens!

I stand by my original assertion: This game is beautiful. The Taken King is no exception. The Dreadnought looks as foreboding as it should, and I’m quite certain that the Raid will look just as incredible. The character designs are terrific, most of the weapons and armor I’ve seen are stunning. But it’s quite pretty, and thankfully it’s not all show. Destiny’s got substance now.

For the most part, I think the controls are solid. Recoil happens when it should, jumps are pretty great when you have Lift (though, more than once I’ve jumped to my doom), but I really wish you could toggle running vs walking. I never feel like I need to walk anywhere. I need to run fast and get to killing! This isn’t Metal Gear Solid. I need to be in the thick of things! Would it bring me to my death faster? Maybe? But I still think defaulting to running or toggling it would be better. Personal opinion though.

I feel like there could be more to the story of The Taken King, but I’m holding out hope that it will flesh out more as time progresses, instead of simply buying more DLC. Lots of good stuff going on anyway, from PVP to new items and places to explore. You won’t find everything in one day. Hell, there are still loads of mysteries out there you could be the first to uncover!

I really like the voice cast and music of The Taken King. The characters seem far more interested in what they’re doing (Nathan Fillion, lookin’ at you); that’s important from a voice actor. If they don’t sound angry or upset or happy, we’re probably not going to either. The music is definitely fitting to boot. When I’m running around in a dark cave filled with evil void-manipulating aliens, I’d like to feel unsettled, on edge. Well done on their part.