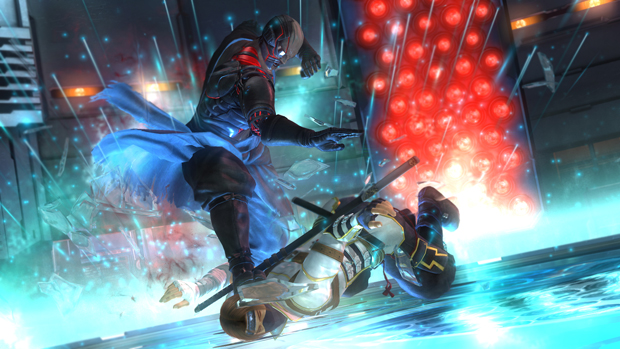 Fighting game fans rejoice! The Dead or Alive series is finally coming to current generation consoles, and the PC. Earlier this week I had a chance to test it out as a special Koei Temco event in San Francisco. While the majority of the titles covered at the event are still under strict NDA, they threw us a bone to let us talk DoA a little earlier than the rest.

Dead or Alive 5 Last Round will be the final installment and ‘wrap up’ for Dead or Alive 5, as well as act as a springboard for the series onto current generation hardware. Last Round adds two new stages and two new characters, bringing the stage count up to 26 and the roster up to 34. 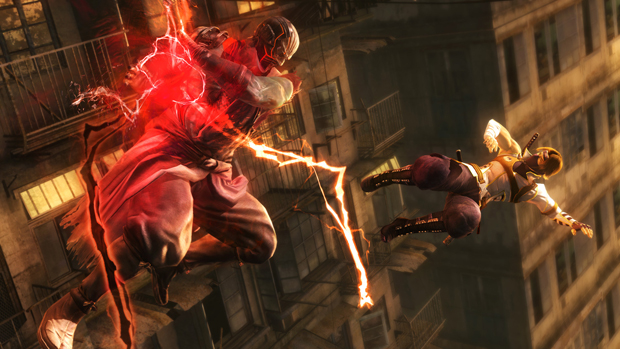 The two new stages are actually returning stages from previous Dead or Alive games and are exclusive to the current generation of consoles and the PC. Crimson, which first appeared in Dead or Alive 2, has been re-done and looks great (well, as great as a run-down part of town can look). Danger Zone, from the original Dead or Alive, returns and features stage hazards that bounce characters pretty hard, offering juggling opportunities to practiced combatants. 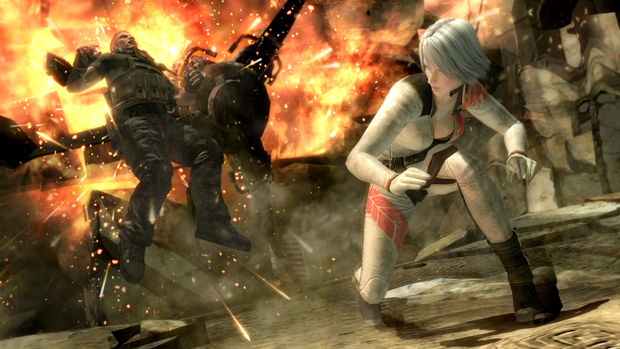 As for the two new characters, there’s Raidou and Hanako: 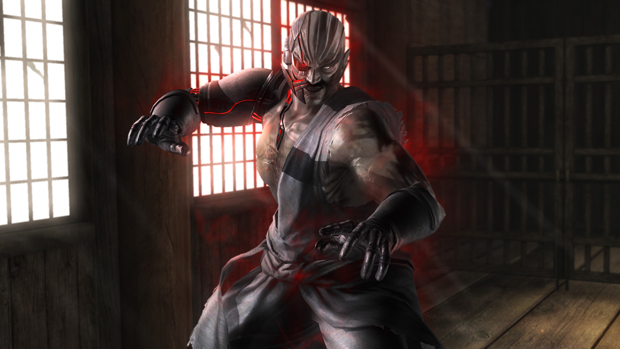 Raidou: The final boss of Dead or Alive World Combat Championship has been brought back from the dead as a cyborg. He’s mean, real strong, and his moveset borrows attacks and combos from other characters. He feels like a tank and stands a full head taller than most other characters in the cast. A fan favorite, and perhaps the least stealthy ninja of all time, he helps balance out the roster with respect to the more beautiful (and busty) fighters. 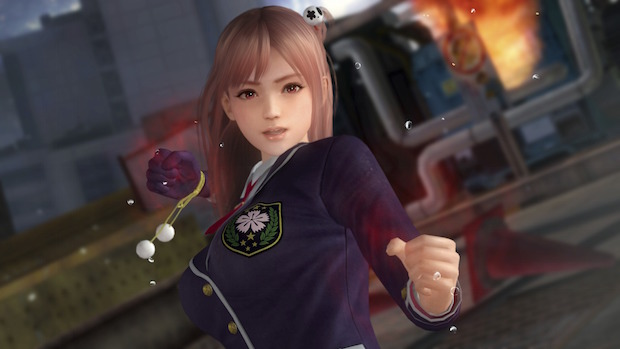 Hanako: A Japanese schoolgirl donning her seifuku in battle with an overly energetic personality. Like Raidou, her moveset borrows attacks and combos from other characters, but she lacks the same power. Her trade-ups for lack of power are some unique strikes and combos of her own, making up her self-taught ‘Hanako-fu’ fighting style. As odd as it may be, her tag team partner is the aforementioned Raidou, probably because of their shared copycat moveset capabilities. 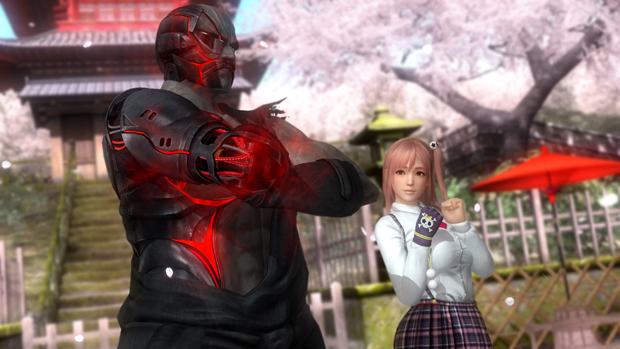 While playing (and being beaten by) Team NINJA’s Creative Director Tom Lee at a press event in San Francisco, it was revealed to us that Last Round will feature 31 fan submitted outfits split between various characters on top of the 300+ existing costumes (which were formally DLCs) – quite the treat for long-time fans and a real head turner for players who’ve waited to jump into DOA5. 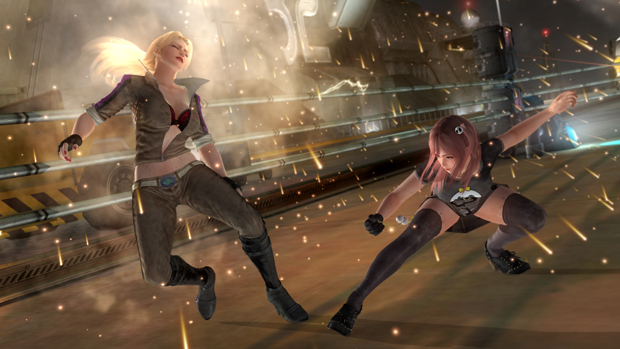 At the event I had the opportunity to play the PlayStation 4 version, and it looks and runs extremely well. Gameplay sits at a rock steady 60 fps at 1080p, though cutscenes and transitions seem to dip a bit, and the texture fidelity has been noticeably improved over the Xbox 360 and PlayStation 3 versions. 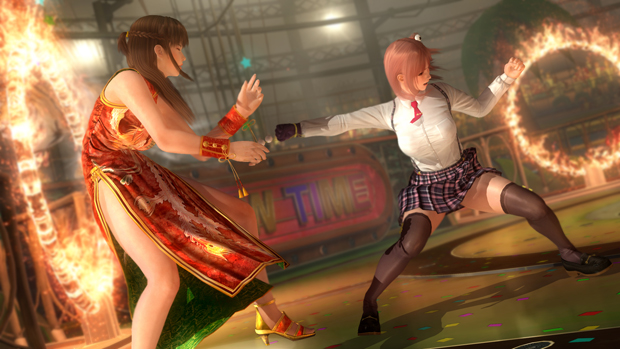 Mode wise there aren’t any surprises. Story, versus, online, tag team, and character photography modes are returning intact from Dead or Alive 5 Ultimate. In essence, Last Round looks like a solid port with a few extra goodies. No huge changes, but it’s easy to say in confidence that Last Round is a solid bookend for the DOA5 sub series. 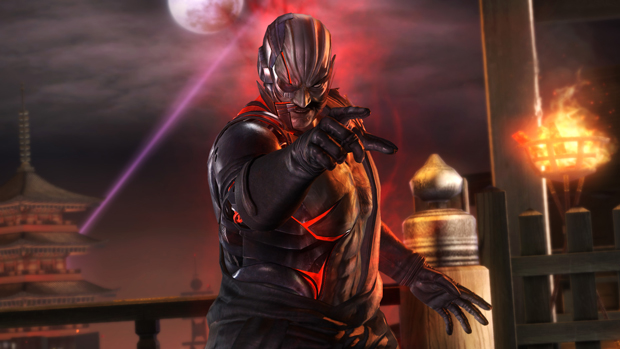 Dead or Alive 5: Last Round will be available for the Xbox 360, PlayStation 3, Xbox One, and Playstation 4 on February 19th in Japan, 17th in Asia and North America, and on February 20th Europe gets their shot, for $39.99 (with the last-gen consoles receiving a digital-only version at $29.99). The PC/Steam version has been delayed until March 30th, but has a 10% discount for pre-orders and includes the 28-piece Halloween costume DLC from 2013. 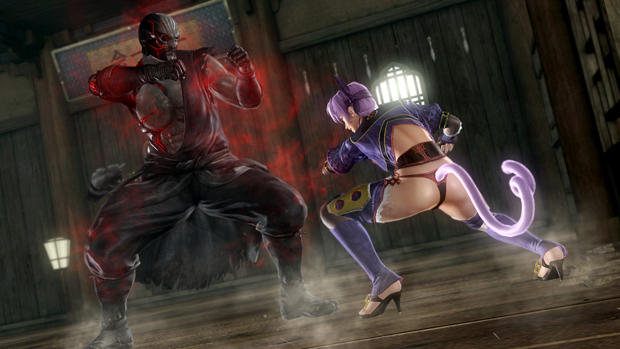 We’ve got some screenshots below – enjoy!