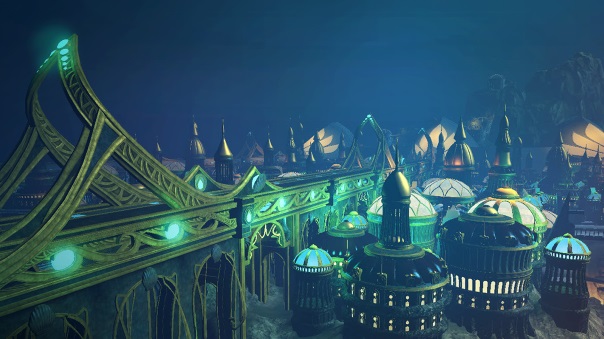 Daybreak Games has announced they’re going to dive deep into the kingdom of the ocean this autumn. Atlantis is coming to DC Universe Online in the November update, bringing with it new missions, locations, and player rewards. This will come to both console and PC, and players will explore the Atlantean city and fight alongside iconic heroes and villains from that world, from Aquaman, Mera, Aqualad, Ocean Master, Corum Rath, Murk and many more. Atlantis will be a large-scale episode/event and will feature level-agnostic event versions of content for a limited time. It will also have singleplayer and multiplayer adventures set in Atlantis for the first time.

SJ’S TAKE: “ATLANTIS y’all. I know everyone – me included – has been wanting to visit Aquaman and Mera’s home, and I’m so glad we get to finally take the plunge. The team is going all out on this one, just like we did with Teen Titans, and it’s going to be a blast.” – SJ Mueller, DC Universe Online Creative Director

JACK’S TAKE: “From the magic of Arion to the dystopian future of Flashpoint, Atlantis has always been at the center of DC Comics history. It is beyond exciting to be able to bring this world to life in DC Universe Online. I can’t wait for everyone to see what we have built.” – Jack Emmert, Daybreak Head of Games