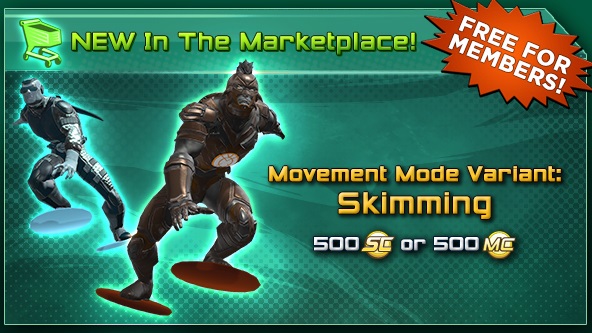 Skimmers share the same skill tree as their Flight counterparts, meaning the two movement variations have the same Aerial traits and abilities, as well as Feats, races and trophies.

You can see a video preview of skimming in these two videos:

Skimming is available free for Members, or can be purchased for 500SC. Skimming is part of this week’s Update 42 release, which you can read more about here.