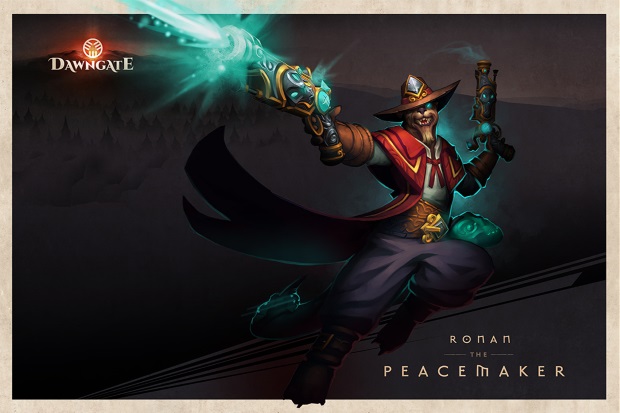 Dawngate has announced the release of Patch 36, introducing Ronan the Peacekeeper, along with additional changes and bug fixes.

Ronan is classed as a ranged, physical damage carry. This Shaper excels in the Gladiator role, with mobility and empowered basic attacks making him great at last hitting, efficient trading, and large teamfights.

Ronan’s Abilities are as follows:

The update will serve as the basis for Dawngate’s “Race for the Gate” tournament starting October 17. Producer Dave Cerra also released a new letter to the players. You can find the full patch notes here.