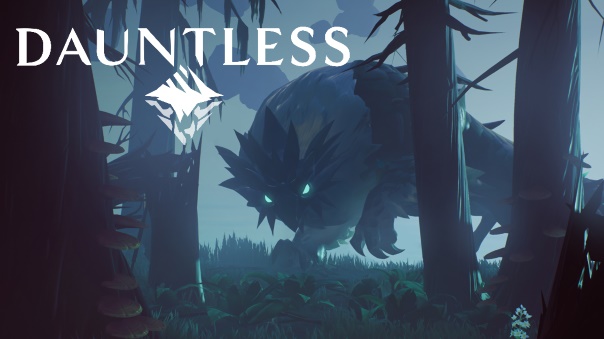 Dauntless, a free-to-play monster-hunting MMO, has long been a favorite title here at MMOHuts. PAX West 2018 was a great chance to catch up with Phoenix Labs and discuss the current state of the game, including open beta and the Coming Storm update, along with the upcoming Ostian Repeaters weapon class.

Starting this August, Dauntless has been rolling out phases of its update, “The Coming Storm”. The behemoth starring in this update is Koshai, the Sovereign of Thorns. This lurking beast can be found in a new area which features (for the first time in Dauntless) caves as well as jump vents, the latter of which can help Slayers traverse the terrain faster by rocketing them forward a short distance to a new vantage point. 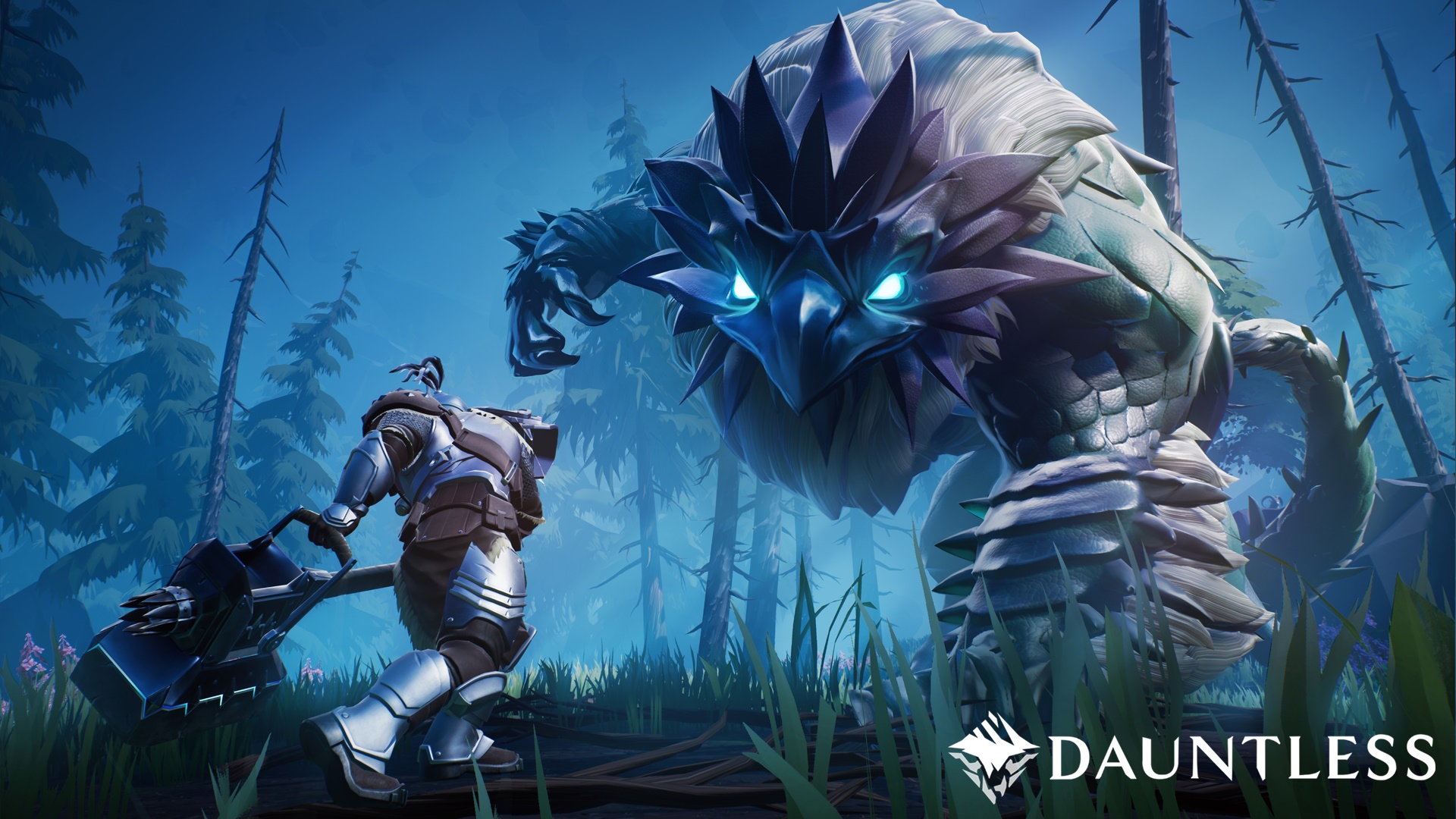 Koshai’s battle is very focused around the concept of “area of denial”; more specifically, Koshai uses his power over thorns to lay down seed pods that surround a large area with a tangle of thorny vines. These bramble patches slow down players and prevent them from dodging, making the battle area increasingly more difficult to survive in. Players can counter this mechanic by destroying the seed pods and vines, which are particularly vulnerable to fire. Koshai also has an attack that flings thorns at a Slayer who is further out of melee range. As the most difficult monster in the game so far, Koshai is certainly not a pushover.

After trying and failing my first attempt at the Sovereign of Thorns, I sat down with the lead combat designer to talk about the new weapon coming in a later phase of The Coming Storm update: the Ostian Repeaters. We’ve heard word for a long time that ranged weapons would be coming to Dauntless, and now the day is (almost) here. Brought from Ostia, an industrial style faction arriving with The Coming Storm, these dual-pistols are sure to be a favorite for those who love run-and-gun mechanics, but don’t be fooled: these guns aren’t for sniping. 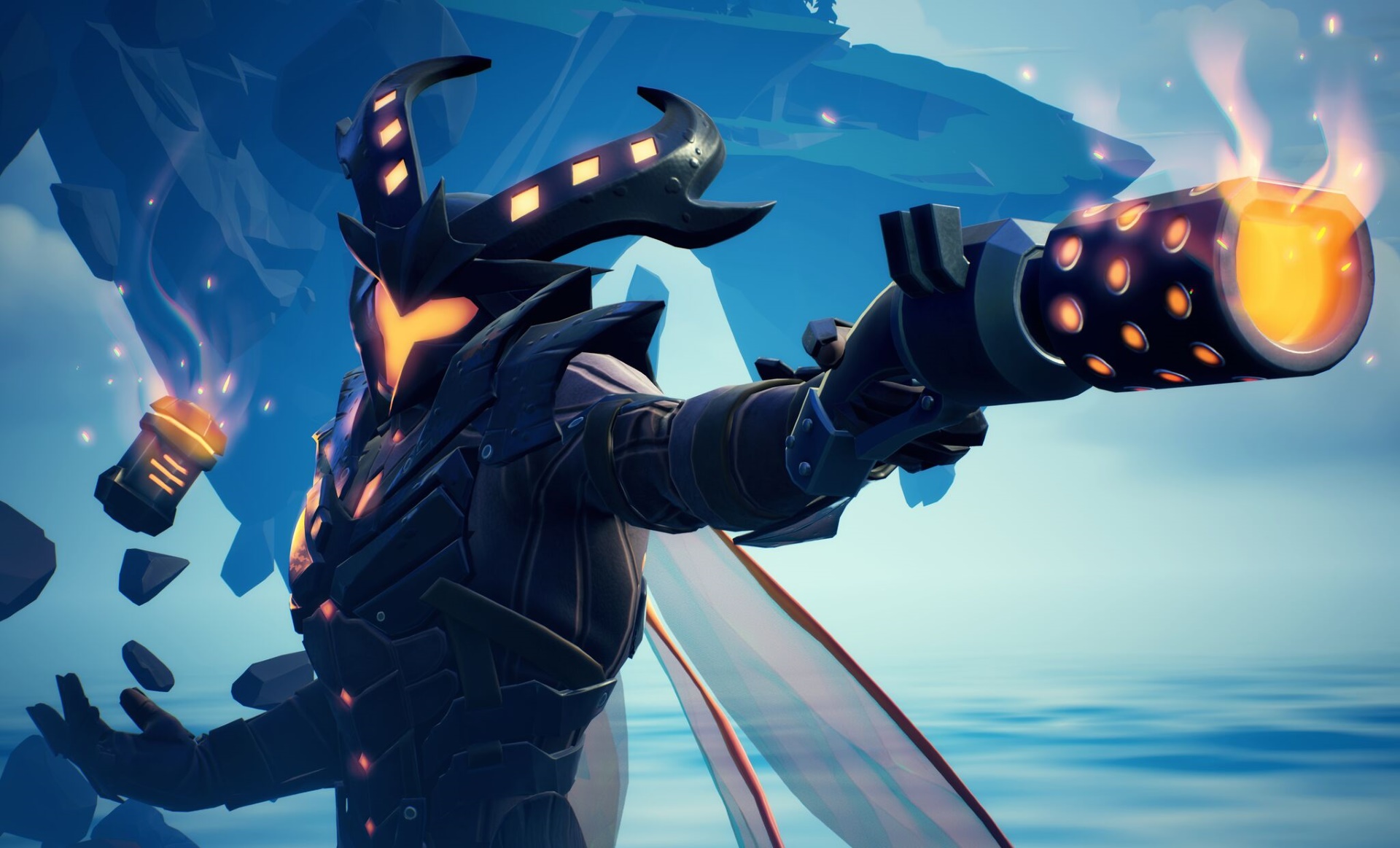 Because Dauntless is designed for melee combat, Phoenix Labs has had to design around the idea of balancing its ranged weapon choice so that it isn’t severely advantageous over melee. Part of this is in the guns’ designs themselves, as pistols generally have a shorter range than rifles, bows, or crossbows (about 50-75 feet). The Ostian Repeaters will have unlimited ammo, but their reload mechanic is powered by the aether around them. Reloading close to the Behemoth, and thus charging the weapons through the Behemoth’s aether, will make the Repeaters’ shots about three times more powerful.

Another idea that’s being implemented with the Repeaters is a reverse of the current philosophy of crafting a Behemoth’s weapon from their parts. Ostian Repeaters are modular, broken into three different pieces. This also makes the X/Y abilities customizable to a high degree, allowing those who use the Repeaters the opportunity to specialize for their group composition as well as the Behemoth they’re facing. This, combined with the way reloading works, is what fueled the choice for a pair of pistols versus other weapon choices. And while players can just ‘hold and shoot,’ the design team is hoping to build in a cadence system with shots that rewards more skilled players.

The end result is what should prove to be a balanced ranged character, capable of doing some shots out of melee while dodging in to get their ammo reloaded at a more powerful level and drop buffs for the group. But Ostian Repeaters don’t stop being awesome there. The weapon class also gets access to strafing and the power of high accuracy, with shots landing directly where the reticle is placed. This makes them more valuable to groups as they can be used to pinpoint weak spots or help damage certain areas to collect Behemoth parts. While the guns aren’t designed for devastating blows like the melee weapons are, they will be able to trigger elemental attacks far more often, too. To counter this, Behemoths will be learning new strategies to deal with ranged characters. This was most evident with Koshai, who already has an attack that deals damage to distant targets. While older Behemoths won’t be completely redesigned, they may also be learning new attacks to target ranged characters who think themselves beyond reach.

While Koshai is live in Dauntless now, the Ostian Repeaters are on their way in a coming update which Phoenix Labs hopes to have launched by the end of September. In the meantime, sharpen your skills and play Dauntless free today.