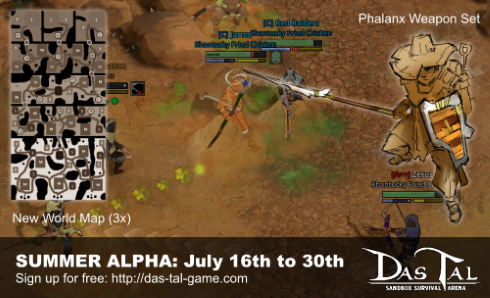 Fairytale Distillery has announced the dates for the Das Tal Summer Alpha.

Running from July 16 through July 30, the alpha will be hosted on a European server.   Anyone who registers at the Das Tal website by Wednesday, June 15th will be guaranteed a spot in the Alpha test.

The Summer Alpha will feature several new features, as announced:

More info on the Alpha test and new features are available here.